Phoenix Suns give starting job to Barnes over Hill

Share All sharing options for: Phoenix Suns give starting job to Barnes over Hill

Paul Coro in the AZ Republic is reporting today that Matt Barnes will get the starting nod at small forward with Grant Hill coming off the bench. 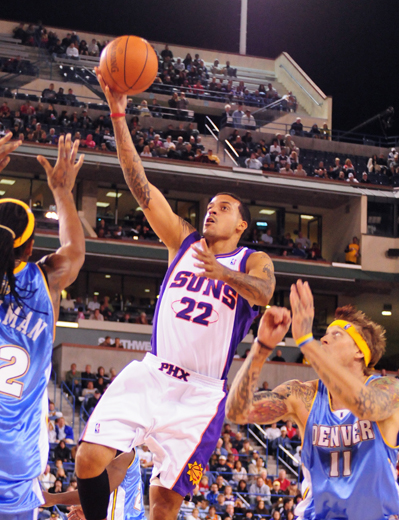 I like this move a lot. In fact I like pretty much every move I have seen from Porter's team so far from holding out Nash with a mild sprain to getting his team ready to play defense before focusing on the offense.

With regard to starting Barnes over Hill, here's ten reasons why its a great move: