Have you seen this man?

Share All sharing options for: Have you seen this man? 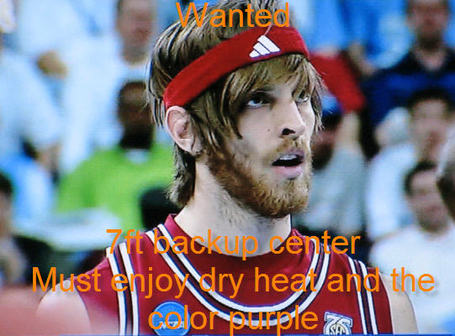 I last saw him play in Vegas where he stood out for his banging in the paint against Robin Lopez.

He was next seen in Portland where he was reportedly signed to a contract.

Latest news has him fleeing the Northwest after being cut from the overstocked Blazers cupboard of talented players.

If you know where he is, please ask him to call Mr. Steve Kerr in Phoenix, AZ. The Phoenix Suns desperately need depth at the Center position and even though he's another rookie, he would be much more valuable to the Suns then another end of the bench guard.