Here's the thing about teams like the Thunder and Timberwolves. If you are the Suns you are supposed to win these games and we fans don't want to hear about back to back or travel or any excuses. But even the worst teams in the NBA have world class talent and if you drop your guard the hungry youngsters will bite like rabid wolves. Fortunately, in both cases we had the Canadian dog catcher to restore order.

It wasn't pretty in either game but in the end the W's are all that matter. That and it was nice to see Nash put a couple solid games together despite the tired legs tonight.

This game opened strong with the Suns half court offense really looking smooth and confident for a change. I liked the early balance mixing up touches in the post to Shaq and Amare along with some early shot attempts from Nash. Bell shot well early and the ball moved freely.

But the real star of the first half was the defense. Despite getting killed on the glass by the fresher wolves, the Sun held the puppies at bay allowing only 15 points in the second quarter.

Barbosa and Singletary both played great defense causing turnovers and generally reeking havoc. Bell and Barnes never left Miller's side and he like most shooters of his ilk could not get going in the face of pressure.

Jefferson of course had is typically Suns feasting night with 28 and 17 but in the end it mattered little for the young big man or the 12 people in the arena.

In the 3rd the Suns let down and the ball stopped moving. The energy level dipped noticeably and Amare only had 6 attempts at the end of 3 quarters. That forced Nash and Shaq back into the game to close things out which they did despite a spate of no pressure 3's from McCants. Some guys are really great shooters when the game isn't on the line.

With Diaw so obviously tired, it would have been nice to see if AmundSun could have brought some of his energy during the 3rd quarter and at least helped on D.

Stat of the night was only 5 turnovers in the first half for the Suns and 13 total. I am willing to ignore getting killed on the glass by 13 and giving up 21 of the offensive variety. Yuck.

When you shoot 54% to your opponent's 43% you have some margin to play with.

I was most shocked to see that the Suns got to the line 40 times. There was a stretch there in the 3rd and early 4th where the Suns were getting absolutely mugged with no calls but I guess the numbers don't lie and perhaps the refs just didn't want a blowout.

Play of the Game

Late in the game when things looked well in hand Lopez finally got some floor time.

Nash calls Lopez out to the high post where they run a typical high pick and roll. Jefferson has to shade off Lopez to help on Nash so Miller cheats in to help guard Lopez. The problem for the Wolves was that Miller's man was Amare who had set up at the 3 point line and trailed Lopez down the lane and was wide open for a Nash pass and drove the lane and drew the foul and normally would have finished as well.

That was a pretty play and something you wouldn't see with Shaq since teams don't have to respect his rolling from that high. Lopez on the other hand is mobile enough and can catch and finish so when Amare's man has to help that leaves Stat wide open in the lane. You know what happens when you leave Amare wide open in the lane don't you?

I almost forgot to mention some adjustments I've seen the Suns make offensively to unclog the lane.

See you Friday for the Matrix' return to Phoenix. Happy Thanksgiving everyone! 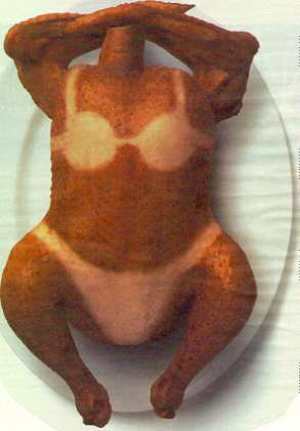