And this Dirty Diaw Diss. Shed no tears for Boris, my friends.

Understandably, the Phoenix Suns are going to be in flux with the trade and the transition back to Q7SOL (Quasi-7-Seconds-Or-Less). However, stunningly, in that short time, the Suns have been winning. It's a good sign since the data before the changeover was much worse than our W-L record. Various efficiency stats had us as one of the most dis-improved teams in the league. Based on point-differentials, Hollinger has us as the 9th team in the West with only a 55% chance of making the playoffs. His power rankings had us at the bottom of the league, as low as 18th following our four-game losing streak. Management did not make this trade too soon. Disaster wasn't imminent. Disaster, as the data show, had already struck.

Preseason Take 3 continues tonight with the circus coming to town - yes, the New York Knickerbockers with the D'Antonis, Phil Weber, Quentin RichardSun, Tim Thomas and even the estranged and abused Stephon Marbury.

The Knicks appear greatly improved. They've lost close games to Chicago and Atlanta but smoked a flailing Detriot team (AI, you suck!) and schooling the Nets and the SacQueens. Rememeber the Nets are the ones we let own us at home? Devin Harris looked like an all-star? In the loss to Chicago, Chris Duhon dropped 15 points, 14 assists and 9 rebounds- solid play for the Bulls cast-off. Tim Thomas is reviving himself into being the terror he was in 2005-2006, with a +20 plus/minus in the Kinick's most recent game. In that game, the once impotent Knicks also dropped 43 in the first quarter on the SacQueens. Expect the Knicks to come out gunning and to tempt the Suns into a shoot out that only Terry Porter can hope to stop.

What I didn't understand about our win against the Magic was Stan Van Gundy's inability to convince his team to really force the issue on us inside. With Shaq, we should give that a shot here, before going on to see which team has the best in-your-face lauch-from-all-angles on-the-move three point shooters tonight. Maybe we're better, maybe we're not. Why do we have to find out right now? Let's punish them inside and then play the outside game.

My first impression in looking at the crowded talent on the wings is to start trading. We have some needs on the crucial front line and at the PG.

We upgraded the SG position with JRichardSUN for Bell, which only intensifies the logjam. We still have Hill and Barnes competing for the starting SF, and we have Barbosa in the mix and Tucker coming back, with Tucker expected to be the second coming of Michael Finley, only bigger, longer and uncut.

But with JRich, Barnes and Hill taking most of the minutes at SF/SG, there's not going to be many minutes for Barbosa and Tucker, who really need the minutes to develop their games and become the players of the future.

What to do? Let's face facts - Hill and Barnes are awesome, but they are also now rental players that our salary structure will not be able to support next year if they want more money. Certainly Barnes wants and deserves a lot more. We might be able to offer a mid-level, but it will be hard to keep him if other teams want to outbid us. Hill might stay at reasonable prices, given his ties to Shaq, the point he is in his career and with family considerations. However, even if he stays, one must expect his game to diminish, for him to struggle in a diminished role, and ultimately not perform at the level his is today.

Also, let's consider a very simple reason for the JRich-Bell-Diaw trade. Basketball aside, JRich is a far more moveable piece than either Diaw or Bell. Even if JRich didn' fit where the Suns were going, it would be easier to to trade for him and then put him on the trading block for something else. We expect JRich to be locked into the starting SG spot for the next three years, but at 14 million on the cap there are no gaurantees.

Therefore, despite the current logjam, we should expect to see a very different situation next year, and that suggests holding onto both Barbosa and Tucker and trying to get them minutes this year.

Clearly, management is looking in that direction by attempting to have Hill fill in at PG a little and discussing using Barnes at PF. You might think 6'6" Barnes at PF is outrageous, but think agian. On of the greatest PFs in Suns history was 6'4" Chalres Barkley. Clearly it takes more to be a PF than just being 7 foot. And if Barnes play is any indication, his 3 offensive rebounds in a row last game was absurd. The guy can bang under the basket just as well as he can shoot the long ball. Meanwhile, we've seen Hill handle the ball more with Nash out, and that makes more sense to me than trying to puch Dragic up the steep NBA learning curve right now. I think if Dragic sitting opens up more minutes for Tucker at SG, that's a good thing and that Tucker is the priority. 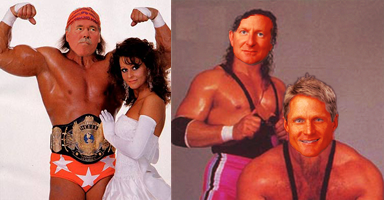 The ongoing divorce of Sarver-Kerr and DAntonis continues in the media like a tag-team WWF match. It's been asked (ad infinitum), "Who's right?" and without a doubt to me it is obviously, "Both." Or more better yet, who's wong? "Both." I have no doubt the management group nudged out D'Antoni the same way they nudged out Bryan Colangelo.

Anyone educated in corporate politics knows these things can be done in quite subtle fashion, each request being rather sensible on its own. It's hard to defend Dan D'Antoni's hiring, given how the coach stunted LB's defensive play. But on the other hand, it's hard not to understand that Mike felt bringing in a "defensive ace" was only going to undermine his authority and shatter the "wa" of the coaches office. Besides, who really likes training their own successor??

Again, on yet another hand, who can argue with management's view? Was there really much tampering with the coaching genius? Perhaps not at a reasonable level.

Regardless, the media is stirring the pot and the quotes are bubbling to the top, but it doesn't matter to us at the Bright Side at all. Basically, a bunch of grown men couldn't get along and work for the best of the team, so they had to separate. They are all guilty of not putting the team first.

This ain't the WWF, let's keep the drama on the hardwood!

But the net effect is hasn't been a disaster just yet. The New York Knicks are now relevant and the Phoenix Suns are getting by just fine now that the offense has been handed back over to Steve Nash. The Suns may get better if TP can actually come up with useful defensive schemes, but we have yet to see that happen. I think it says something about Terry Porter that his smartest move in 6 months has been to hand the offense back to Steve Nash. And that something is not so good.

I was curious how the fans in New York were feeling so I checked in with Seth at Posting and Toasting. Here's what he says:

I've gotta say, the mood at P&T is remarkably upbeat. The Knicks have a tough stretch in front of them, but for the moment things look solid. I was one of the many who thought that the cap-clearing trade would bury the '08-'09 season, but Tim Thomas has surpassed expectations and Al Harrington is playing like the messiah.

D'Antoniball is alternately invigorating and frustrating, but nobody can doubt the camaraderie and likability he's injected into the franchise. That mustachioed smile has swept the paranoia of the Thomas years right out the door.

Nobody's forgetting 2010, but it's not the first thing on our minds at this point. Nope, we've got designs on the playoffs at this point, and it feels good.

Best outrageous headline based on the audio wins...my love. Don't spend it all in one place.

Do the Knicks make the Playoffs this year?

This poll is closed