Have you seen this?  Of course not.

A far cry from the meaningless NBA Cribs TV where we are shown an endless parade of totally customized glam electronics and palatial homes that have hardly been used by NBA players, this show actually shows a real NBA family.

Not only just a real NBA family, but one not within the safety confines of NBA marketing hands, but in the hands of the revisionistas of reality television, in this case ABC's SuperNanny. 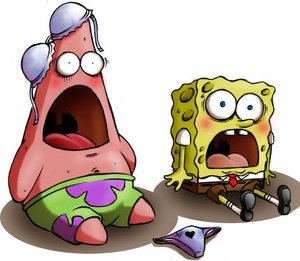 Episode 10 may be seen here on the internet.  SuperNanny is the worst show ever with the most formulaic plot in history.  The families change but the solution is always the same.  (I wonder if coaches could use the formula to discipline players.)   The noise from that show makes me never want to experience the real thing of raising kids.

However, as I think more about it, I sympathize with the 33 year old who has 4 daughters and has raised himself up from an undrafted prospect to a contract in the ballpark of 6 million US dollars.  That's 4,325,016 euros for those of you scoring at home.

He was ambushed.  He was ambushed in his own home, by not 5 women, but by 6, 6 and a half women (SuperNanny Jo is a bit formidable).

The main premise of his assness was to invite SuperNanny Jo frost into his home to help him out and then not like the medicine. But it was his wife who made the invite and he just went along in support of her.

[2] He comes from an unhealthy background

I don't know what kind of family Mike James grew up in, but I suspect that basketball court life is not necessarily the right vibe for good parenting.  Specifically, the relationship between insecure coaching father figures and players is weird one that probably doesn't fit well within the SuperNanny Jo's approach.

There was a lot of selfishness and perhaps some arrogance in the episode, perhaps derived by the insecurity of being told you can't do something or that you need help in your own home.   However, I freely admit to having been there, selfish and skeptical of someone else's conclusions that put me at fault.

In summary, while I sympathize for the above reasons, I know there's really no defense for Mike James.  Reality TV might have outed him, but it was up to him to be the parent he his and to consent to doing the show.

No matter how many millions of parents probably wipe their little girl's bottom from back to front, Mike James will never live down that faux paus.  I'm surprised Child Protective Services didn't rush in at that very moment to arrest him.

Calling all Big Tweets, Mike James needs PR help, for serious.  With the right peeps he could get a gig promoting children's products as a reformed bad parent.

For even better coverage, check out the DC Sports Blog.