Share All sharing options for: Embrace your inner underdog....and relax

Panic is the word of the week in Phoenix both in the Suns locker room (which fittingly is a work in progress) and on the streets with the people. The Suns look like warmed over dog poo on the court and if you turn on the radio or read the comments of fans pretty much anywhere (Planet Homer.net included) you will hear all sorts of remedies.

Run more. Go back to where we were. Play this one. Bench that one. Trade him. Blame the owner and GM. Fire the coach. Sorry haters, I just locked up www.fireterryporter.com and don't plan on using it any time soon.

I guess that's to be expected from a fan base that has been spoiled by so many years of success. And don't get me wrong, there are problems with this team. There are many problems with this team and I have been fast and loose with my input as well. What is seems clear though is that panic and wild flailing about is not the solution and that's exactly what I see happening on the court.

We went into this season with a plan to improve the defense and rebounding and to control the clock and run an efficient offense. This formula might look familiar to you if you've watched the past 25 years of NBA champions. It is boring and stale and does not get the blood flowing like 7SOL but it wins rings. Just ask Robert Horry.

Or perhaps you should ask Mike D'Antoni who slowed the Suns down last year even before The Trade. The half court offense with Nash off the ball was a transition well underway when I wrote this mid-season review last January:

In watching the team this year what I see is an offense much better suited for the playoffs. In past years the Suns had to run and hit three's to be successful which became very difficult to sustain come playoff time. This year, the Suns half court sets in my eyes are much improved.

The Suns have destroyed teams from the outside when they try and pack it in and have also shown the ability to drive and score in the paint if the opponent decides to stay home on the Suns shooters. Remember when the Suns were the worst team in the league in free throw attempts? Now the Suns with Hill, LB and Amare are getting to the line and even more importantly are able to draw fouls late in close games.

Here's two strong examples of this improved half court offense:

Nash playing off the ball. The Suns often run the offense through Diaw or Hill with Nash on the floor playing off the ball. I think this is designed to counter what the Spurs did in limiting Nash with Bowen. If teams put their best defender (usually a tall SG or SF) on Nash he can just camp outside and space the floor while Grant or Boris (often covered by a smaller guard) runs the pick and roll with Amare or otherwise creates a good look. And if the D collapses you now have the MVP wide open for a three point shot. Witness the recent Bucks and Cavs games.

So let's just bust that myth right now. 7SOL died before The Trade and it died long before Porter came to town.

Then by approving (and according to his own repeated words) advocating for Shaq, D'Antoni put the final nail in the coffin of run n gun and admitted that the team needed to improve defensively and on the glass.

Let's not fool ourselves into thinking we can go back to the 04-06 Suns. Not only is this team too old to play that way but it is a system that it's creator abandoned. We cannot and should not go back.

Going into this new season with a new coach and a new philosophy we knew that it was going to take time to change the mindset and learn a new way to play. That's a big reason why we entered this season as underdogs. 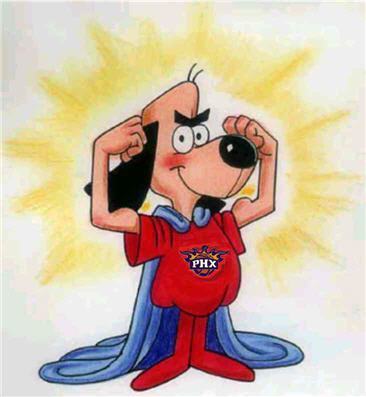 Unfortunately, what was not expected was the resistance from certain players who think they know better then then coach and then even worse, the coach who seems to be letting the inmates run the asylum.

When the Suns hit a rough patch with turnovers and general level of play (losing games but still shooting 50%+ FG) and the players complained in the media about the system the coach caved and is trying to go backwards.

Instead of continuing to work towards a balanced half court offense we've put the ball back in Steve's hands and told him to go create. We've tried to feature Amare more but have allowed his defense and rebounding to suffer. We are even seeing Shaq come out of the paint and switch pick and rolls and then he is completely out of position to control the glass.

We've traded one set of problems that should have been expected and solvable with patience and time for another set of old familiar issues. Poor rebounding. Weak interior defense. Over dependence on Steve Nash.

Anyone that thought the Suns were going to come out of the gates looking like a contender was fooling themselves. The Suns hopes for this season are that later in the season this thing will finally start to gel and we can go into the playoffs on a roll. And then come playoff time when the game is slowed and teams can focus their defense our balanced attack and controlled tempo might get us past the first round.

My hope is that Porter and Kerr are using these past few games to send a message to the team. The old system won't work and we should all calm down and stick to the plan. Defense. Rebounding. Half court efficiency.

Chances are it won't work and the window really has closed but going back isn't going to open it wider and blowing up the team and giving up will turn the Suns into the Grizzlies or Hawks. We might end up there anyway but there's no reason we shouldn't give this a try and see how it plays out. There's no benefit to giving up now when we can always give up later and be in the same place.

So once again, I think that all of us inside and outside the locker room can benefit from a little perspective and patience. The loses and poor effort is frustrating but also somewhat expected. Over reaction and panic isn't the answer.