Pregame podcast #8 - Lord of the Geeks

Share All sharing options for: Pregame podcast #8 - Lord of the Geeks

What happens when you put two self described basketball geeks on the phone on a Saturday morning talking about the Clippers? Close to an hour of rather in depth coversation ranging from Ricky Davis' drug habits to the Portland Trailblazers salary cap situation. 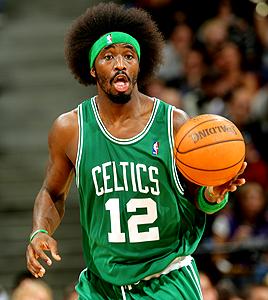 And when I say self-described I am talking about me. Not Clipper Steve from Clips Nation who while clearly a VERY knowledgeable basketball blogger has at no time what-so-ever admitted to being a basketball geek. At least not to me. That I am aware of. But you might want to ask him just in case. No offense intended, Clipper Steve.

Knowing that Clipper Steve was giving up valuable Saturday morning time to chat with me I came prepared with three Clippers related questions so as to be respectful of his time. Fortunately for me, he was more then willing to meander the playing field that is NBA discussion topics.

Here's the three questions we started with:

1) In the Clippers last five games they played the Suns, Pistons and Mavs tight and then got blown out in the last two against the Spurs and Hornets. Does that say more about the Clippers or the teams they played? In other words, did the injured and thin Clippers pack it in or are they still playing hard? (Davis, Camby and Randolf are all injured or at least "injured")

2) Help me understand Eric Gordon. Is he for real?

3) Explain the Hassan Adams / Sean Singletary trades that just went down involving Miami and Toronto moving players in return for nothing only to see those players get waived immediately by the receiving team.

For those answers you will have to listen to the podcast. If you choose to do so you will also hear a lively discussion about the following additional topics:

Thanks again Clipper Steve. I always enjoy talking hoops with you even if no one else on the entire planet is interested in listening to the discussion.

In case they are (and I am guessing that a few internet savvy rabid Blazers fans will just because they devour anything related to their team) here are the links you need. You know what to do.

Also note that I didn't have time to do any fancy editing so no funny sound effects and I even left out the intro music thing. This one stands on it's own.

Click the big play button to listen to the podcast.