Im the "sun" of phoenix Stan, the owner of bright side of the sun website (nineteenth most popular sport website!) and I'm going to tell you about the game on Friday. 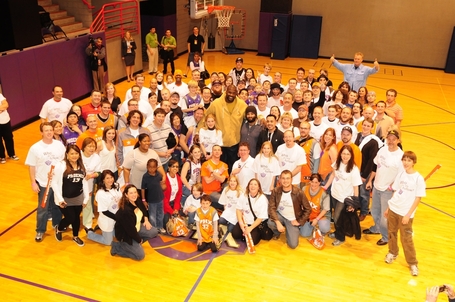 I and my dad Stan hopped on the light rail to go to the game.

We weren't exactly close and we still had an hour and a half before the game so he decided to go to the twitter club. He explained what twitters were and stuff and so on.

He stopped at a ordinary restaurant and we saw a waitress and he explained that we were twitters and showed her some stuff and the waitress said" right this way,please" and beckoned us to follow.

Once we arrived at the twitter club, there were all sorts of people but no one my dad could recognized so we sat down and he had a light bear and I had sprite. The thing that seemed strange and weird was that every body in the twitter club had blackberry phones including my dad Stan. I and my dad were talking when someone tapped his leg and my dad turned around and they both said "hey!"

My dad told me it was marc his twitter friend and he shook hands with me.

Ok it's kind of creepy that your dad takes you to this place where you don't know and suddenly this guy pops up and says he is your dad's friend but I got used to it. I should have told you earlier but there was this lady that was in an orange dress greeted us when we came in and my dad said that she was an important suns person and she was the lead twitter.

Once we were done in the twitter club we went to the suns court (twitters get to sit early in the front row) we saw the younger guys practicing. There were Louis Amundsen, dragvitch, tucker, and the tall guy with spirally, curly hair

We went back to the shops and stuff and dad bought me a foot long hot dog and the coke in the smallest cup but it was still 6 inches long. I had a very happy time eating. we went out side were we saw the people broadcasting for the suns ESPN or it might have been sports 620 KTAR, its all here!

I tried to be seen on TV. (If you look way to the right you'll see my arm) and they talked and stuff. The camera zoomed in on the lady with the orange dress and I was there jumping around right next to the lady and they tried to eject me from sight (how dare they!)And im right there with the white shirt acting like a idiot/goof ball I have my coke so it's too hard to miss

Once the game started we went to our seats and we watched the game and all the time out crap and quarter time crud. After the disappointing game my dad and the other twitters went to the suns practice court and we met surprisingly Steve Kerr and he happily greeted us and went straight to the topic.

After a few too many questions all the twitters made a group picture but then that should show up? Shaquille O'Neil Mr. diesel him self! We all crowded around him and I actually shook his hand! Wow! And we did another group picture accept this time Shaq. After that we went to the light rail and I actually learned how to walk on it! While it was moving! When we got home we saw the pictures and the one movie I took.

This was an important visit to U.S Airway Center because I felt my true compassion for the Phoenix Suns come out when Shaq and Steve Kerr were at the practice court explaining and answering our question and how it put a smile on Shaq's face just to put him in our group picture.

Great stuff from the little guy. He had a fantastic time. One of those childhood memories that will stick and I had a great time taking him. He's a pretty cool dude.

I meant to get to this sooner but have been busy...

Steve is going to get a Genius Point for this one. The Suns did a great job with the event giving it a lot of support and Kerr was super coming down after a tough loss and taking questions for about 30 minutes. He was gracious and frank saying some things about other players and coaches that I am not going to repeat in respect for the nature of the event.

I did get a chance to shake his hand and he signed Sun of Stan's shirt. So call me a pushover but I am giving him the point.

I've thought about the loses to the the Wolves and Nugs and don't think anything there was GM related. Porter needed to get his team playing smarter and Amare harder. If there was a Porter Meter he certainly would have racked up a few for those games but not Kerr.

Next big GM type thing will be this week when the Suns have to fill the open roster spot. I still want to see Sims get a 10 day and Lopez get some remedial time in Iowa. I am betting though that Dee Brown comes back although I don't understand if they can sign him for the rest of the year without it being a guaranteed contract. Anyone know?