D'Antoni takes his pound of flesh out of tired old hides

Share All sharing options for: D'Antoni takes his pound of flesh out of tired old hides

This was more like the way watching paint dry makes you tired. This was like yawning when the person next to you yawns. 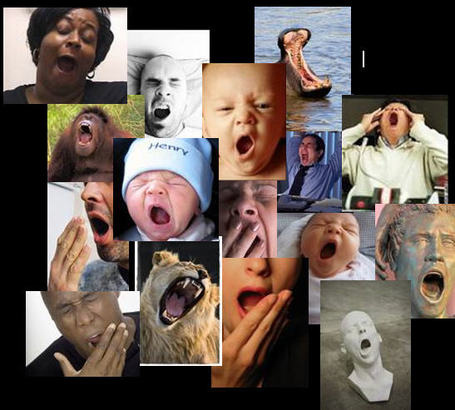 This game is barely worth talking about but Shaq had this to say:

Our rotation was supposed to be there, but Mike (D’Antoni) had our defense moving around a bit. That’s what type of a coach he is, he had a good game tonight. Its not hard defend especially when you go over it, you’ve just got to play defense and stop people.

About a week ago the Suns were sounding pretty happy with themselves. Grant Hill declared that the team was there. Nash proclaimed things were coming together.

Then Denver, Minnesota, Boston and now New York have shown just how much more work the Suns have to do. Not so much on their game as their effort and perhaps sleep rotations.

The Suns looked tired and old and not just the old guys.The great energy and effort we were seeing after the JRich trade has faded and the bored, unfocused Suns have returned.

It is hard to believe that this team, in this season could get complacent but that's what it feels like. They've gotten to the point where they expect to win without trying and have stopped trying to win.

Terry Porter is more like the kindly older bus driver shuttling the unruly brats then the fiery hard nose competitor we were expecting. He's acting as if he's afraid to discipline this team and you wonder how much respect for him they have at this point.

As for the game itself...

Against D'Antoni's Knicks, the Suns did a fairly decent job of working the clock and controlling the tempo by scoring the the paint which is an effective strategy as long as you remember that you also have to work your ass off on defense to contest every shot and battle for every rebound.

If all you do is slow down on one end you end up having a third quarter where you are outscored 21-30. Ball game.

Amare stood out once again for his ineffectual effort. He had 20 points on 17 attempts and looked absolutely lost on the defensive end of the floor.

Nash couldn't buy a basket despite having many wide open looks including a couple at the end to try and salvage a win. He did have 19 assists but half of those were throwing to Shaq in early offense who had his way with the smaller Knicks front line (if he acted quickly enough before the help came and he was fouled where he reverted back to tossing up some seriously ugly bricks).

Hill and Barnes were both dragging ass and could not have stayed in front of Eddie Curry out on the wing.

Matt Barnes. Matt Barnes needs to realize that he's Matt Barnes and stop shooting so much. He does know he's Matt Freaking Barnes right? It must be tattooed somewhere on his body. Let me help.

YOU ARE MATT BARNES NOT KOBE BRYANT!

The Knicks weren't all that impressive either except for David Lee who plays with Lou Amundson's energy but far more skill and talent. Danillo Galinari looks like a player as well.

This really is a fairly impressive roster and D'Antoni will have them ready to beat teams every third game or so as they've proven recently by taking down Boston, New Orleans and Phoenix while managing to lose to the Wizards, Thunder and Timberwolves.

Who loses to the Timberwolves?!?

Anyway, I went into this recap without much to say and I've accomplished saying not much of anything.

Sorry, if the energy and effort wasn't there tonight. It is a Wednesday after all. Besides, what are you going to do? Watch another team read another blog?

You lose a game to a 16-24 team coached by the guy that you broke up with (or were dumped by) you get a Moron Point. It's really that simple. 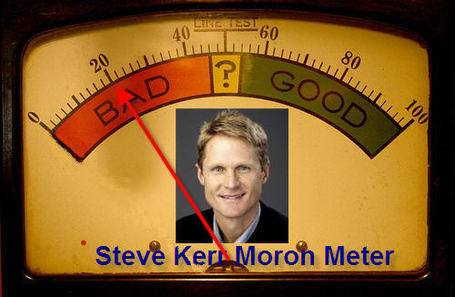