You may have caught wind of this story of 6 die hard Suns fans that traveled from Australia to see the Suns. 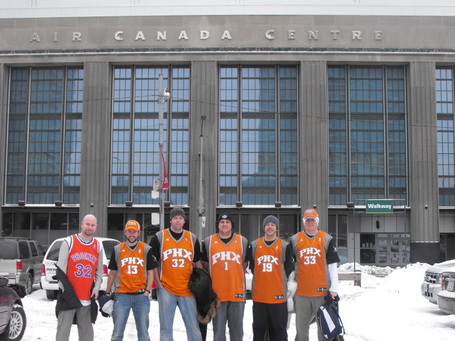 They didn't just come to Phoenix though. They first caught the game in Toronto and have driven now to Boston, New York and are currently in Charolette for tonight's game against the Bobcats. They will then make their way to the Valley of the Sun for the Spurs and Kings games.

They have put together a sizable group of Suns fans for the Feb 2 game against the Kings and I happen to have 6 tickets (and will only be using 1).

Very simple this time. Guess the final score of tonight's game against the Bobcats.