Share All sharing options for: Charles Barkley Walks the Line - Listen in

In this audio file provided by Sports 620 KTAR we get to listen in as Charles Barkley goes through the process of being tested and arrested.

We hear the recorded audio of the entire DUI bust. It's not nearly as entertaining as this but hey, it is Chuck following a light and counting. Or trying to.

What we don't hear is the alleged excuse that Charles made for his....actions. According to the Gilbert Police report, the arresting officer stated that Charles was headed around the corner for a...quickie and tried to talk his way out of trouble by offering up his ass as the canvas for someone's fantasy. The offer did not appear to be accepted.

According to the Gilbert Police Department's report of the arrest, when asked where he was going, Barkley told police, "I was going to drive around the corner and get" oral sex, with a woman he'd picked up just before being pulled over. Barkley said he had engaged in sex with the woman a week earlier.

The report also said that Barkley asked a civilian member of the police department if he could get out of the DUI by getting their name tattooed on his backside. He initially said it backwards, asking if he could tattoo his name on their backside before laughing and rephrasing.

This audio neither proves nor disproves those allegations. We do learn a few things from the tape (is digital audio still considered tape?). Here's the highlights:

We also learned today that The Chuckster's blood alcohol content was .149 which was 1/100th of a point below the limited for excessive DUI in Arizona which carries a mandatory 45 day visit to Uncle Joe's Tent City. As it is, he will almost surely get to spend 10 days there eating green bologna and wearing pink underwear. 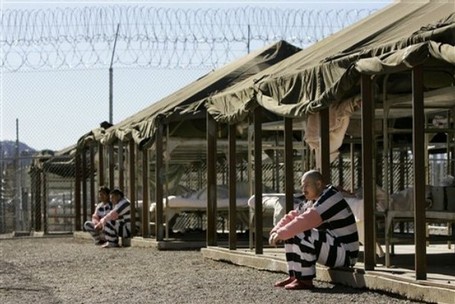 As a result of this night of debauchery, Charles has taken a leave of absence (that's how they say fired in TV speak) from TNT.

Click the big play button to listen in on the fun.