Share All sharing options for: Game Thread: Suns vs Pistons 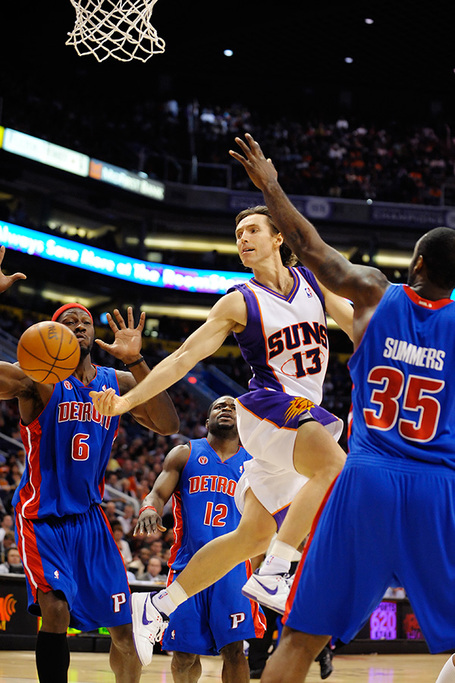 Predicted Player of the Game

This is kind of a tough one. I think Nash and JRich will have their hands full with Gordon, Stuckey and Bynumite. Hill hasn't been shooting well and will be facing two young defenders in Jerebko and Daye that are both really tall. I could go with Amare against Ben Wallace and CNuv or Frye to have a good shooting night at home but I think I am feeling a little Barbosa tonight. Not exactly sure why but at home in a change of pace kind of way I see LB having a solid game.

I asked the guys from Motown String Music why Jonas Jerebko was starting over Austin Daye...here's the answer:

Jerebko is the better defender than Daye and I think that's why he has been starting over Daye. Jerebko is one of those guys who never seems to stop running around, constantly being a pest, and causing problems on defense. I think he complements Big Ben nicely and compensates for what Charlie V lacks on defense. While Daye is long, he moves slow laterally and can't defend guys in the post like Jerebko has shown he can.