Someday we might have a D-league team in Tucson but for now our affiliation is with the Iowa Energy. They've been a great organization to work with and I look forward to following their season. Here's an update on their current roster going into tonight's draft from Coach Nurse.

This is pretty cool. Matt worked out for the Energy in Phoenix and ran with our boy Dustin. According to the Energy, Matt will be one of 17 players attending training camp. He's described as a big, physical player who has a ton of athleticism.

"If he comes in and does the dirty work that he did at Michigan State......he could have a shot at sticking," said Energy General Manager Chris Makris.

Another player who worked out in Phoenix, Joel Smith, was allocated to the Bakersfield Jam based on "regional allocation" which tries to get local players connected with their "home" D-league team.

Also making the Energy camp roster is Shyron Ely who worked out in Chicago and is the brother of WNBA player Shrya Ely of the Chicago Sky. There were 4 or 5 other players from various Energy try-outs that were recommended for D-league contracts and are available in tonight's draft.

I guess those work-outs weren't just for PR purposes after all so start training now for next year!

And here's a more detailed look at tonight's D-league draft which includes Carlos Powell.  Powell, who you might remember was on the Suns preseason roster, was described to me as a likely top 5 pick.

Carlos told me while he was in Phoenix that he had no interest in playing overseas again but on his Facebook page this morning seemed to be thinking through his options, "is thinking VERY hard ...Should i give the D League another chance or should i go back overseas(tax-free $)??"

Speaking of the D-league and the WNBA, this is interesting news indeed

Bald Spot-Light: 5 NBA Players Who Need To Cut Their Hair | Complex Blog
Close-cropped Manu Ginobili is setting an example for players whose thinning heads are beginning to resemble basketballs. 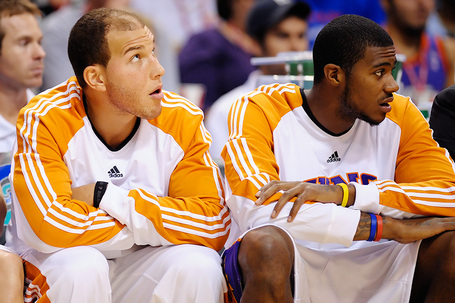