The Suns defeated the Magic on Friday night. Here's the Game in Pictures:

The many faces of Stan Van Gundy 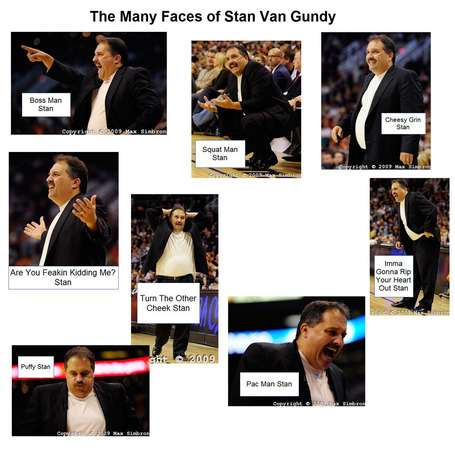 The game began well for the Magic when Dwight Howard punched through a wide open dunk. He would go on to have NO other field goal attempts in the entire game. 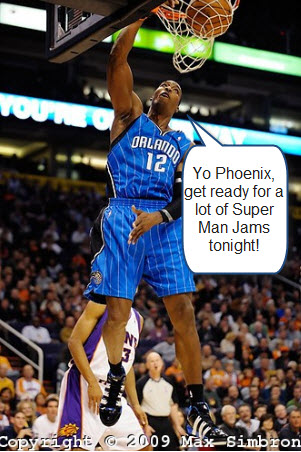 Old friends Steve Nash and Vince Carter took a moment to catch up. 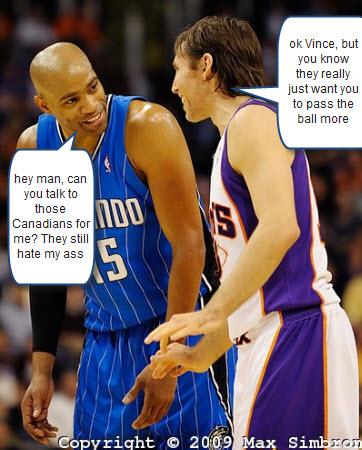 Suns second year reserve Center Robin Lopez came in the game and recorded a record 47 fouls in 3 minutes and 15 seconds of play. 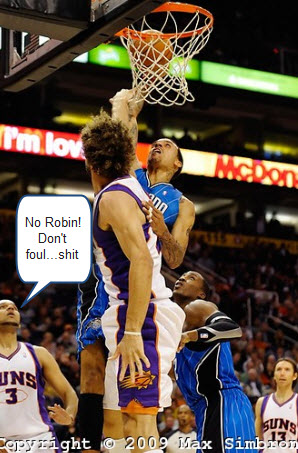 In an interesting move, Matt Barnes attempted to draw a foul on Steve Nash by using Nash's arm to slap Dwight Howard. 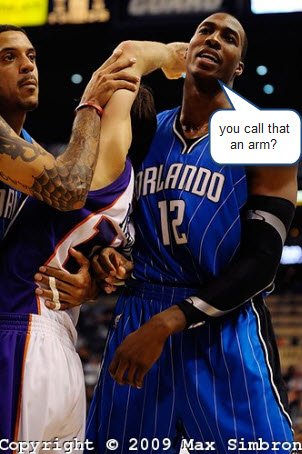 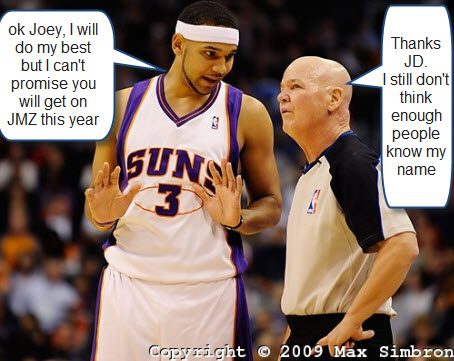 To close out the first half, Matt Barnes hit an incredible (lucky) fadeway three at the buzzer. 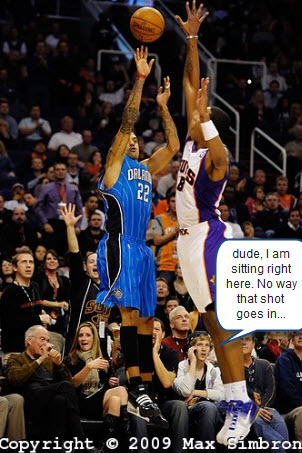 Suns Center Robin Lopez attempted to argue one of his 47 fouls but was not successful. 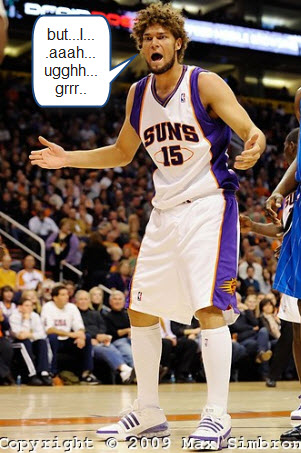 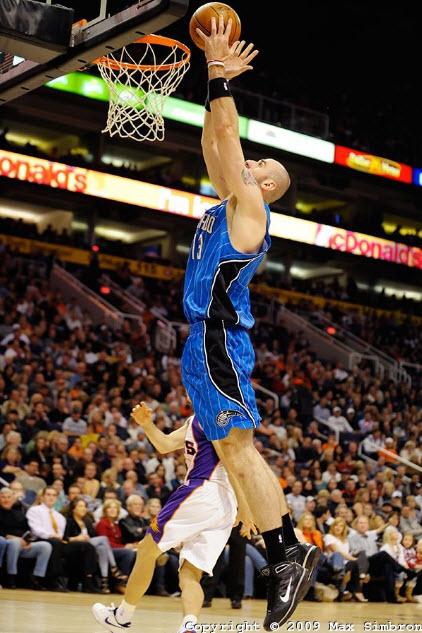 But for some reason his coach doesn't have confidence in his play. 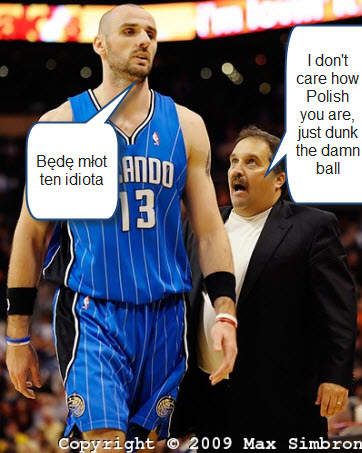 As the game got close in the fourth quarter, the real super hero arrived. 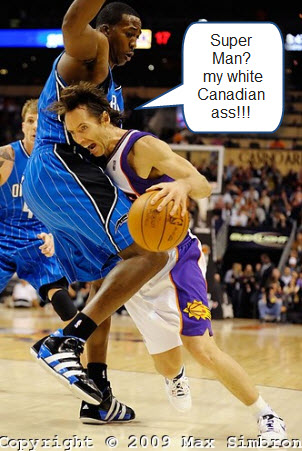 The play resulted in a foul on the Magic prompting this exchange of word between Nash and Van Gundy. 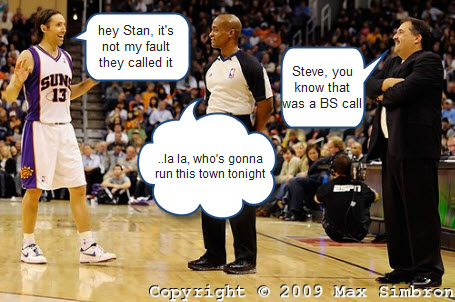 Closing out the game with an impressive offensive rebound and put-back slam, Amare Stoudemire screams in delight. 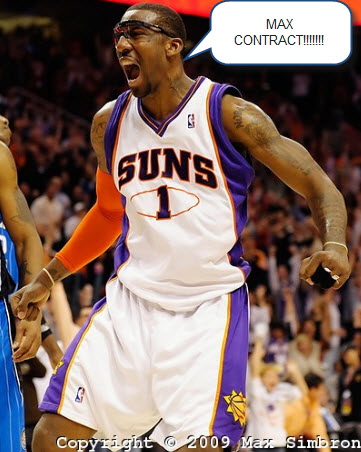