With all these home games coming fast and furious (!) we'll combine the Caption Contest (no prize) with the Game in Exclusive Pictures (hardly a prize). 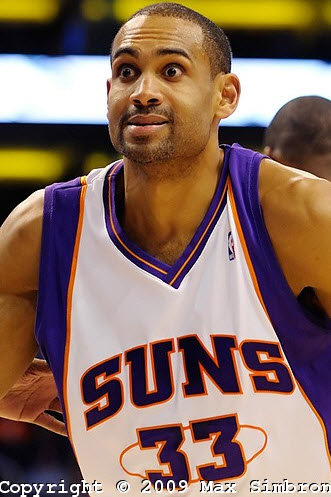 Remember that a caption does not always have to include dialog.

The Game in Exclusive Pictures (aka The GiEP)

Before the contest began, Gilbert Arenas had a game plan that he shared with the referee. 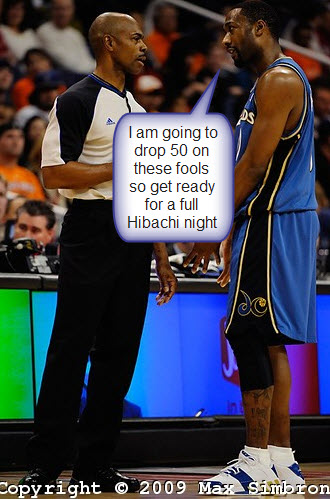 The leading all-star vote getter for Western Conference Centers was putting on a show. 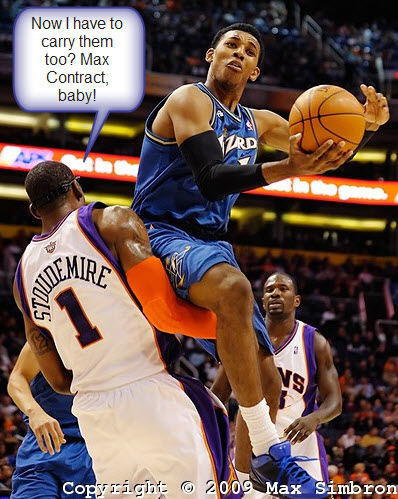 But as always seems to happen, a few whistles didn't go the way the Suns' young Slovenian guard was hoping. This time, he had enough and wasn't going to take it anymore. 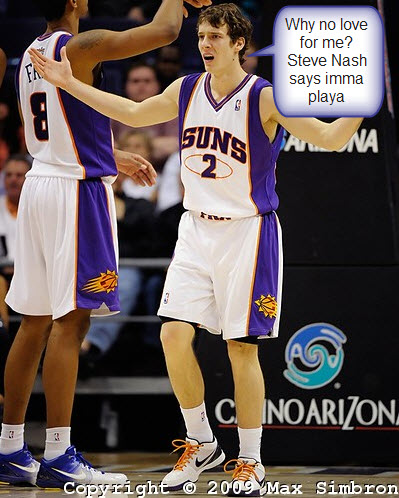 By half time, there were some signs that Gilbert's plan wasn't working. 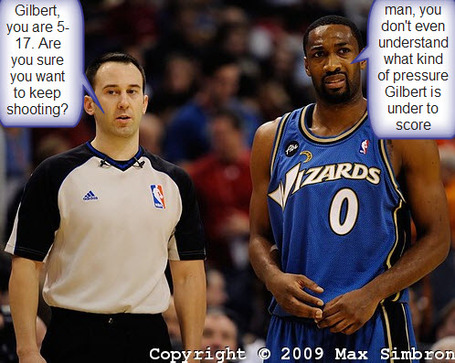 The Wizards Caron Butler had a different opinion, however. 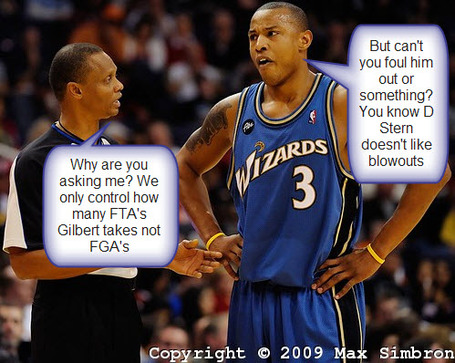 With the huge lead, the Suns bench took over for the fourth quarter. Naturally, there was some confusion at times. 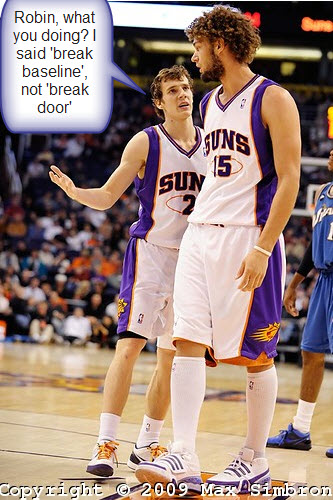 But after a sweet lob pass from Goran to Robin, all was well between them. 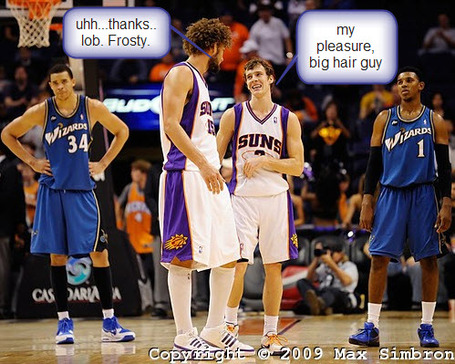 Full Game Gallery brought to you by Max "Not Contract" Simbron