Surprisingly, I didn't find much humor when I looked at the game photos so we will just tell the story as it unfolds in true picture-book style for all those out there that hate to read. As always, there's some great photo's from our own Max Simbron.

The Game in Exclusive Photos (GiEP)

Fortunately for the Suns, the Cavs played the night before in Dallas. Unfortunately, the Cavs lost and LeBron had a sub-par game. 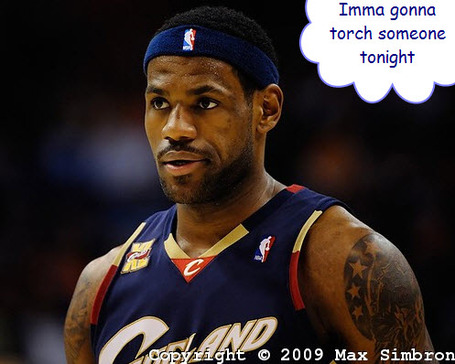 Shaq made his return to Phoenix since being traded from the Suns to the Cavs. He's adjusted well to his new role. 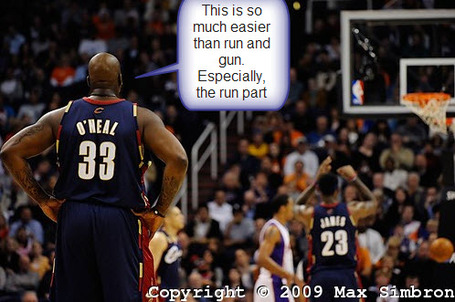 That's not to say that Shaq didn't serve his purpose "protecting the paint". 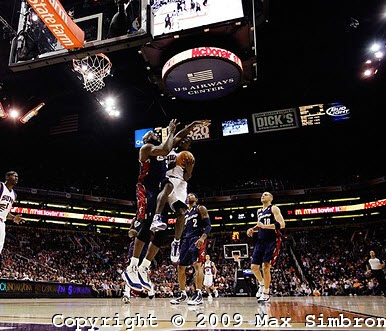 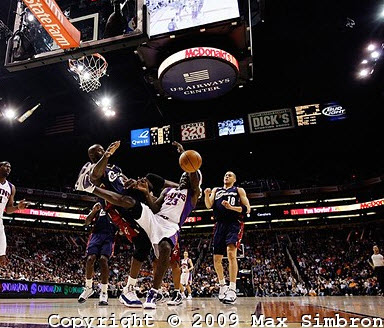 Going into the game, Suns head coach Alvin Gentry said that he would try and avoid double-teaming LeBron. 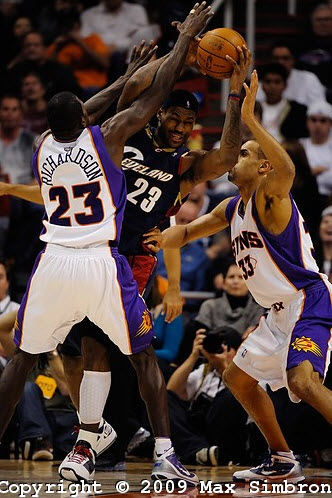 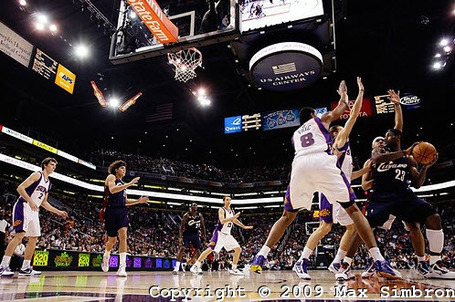 But of course, it didn't matter. LeBron would not be denied. 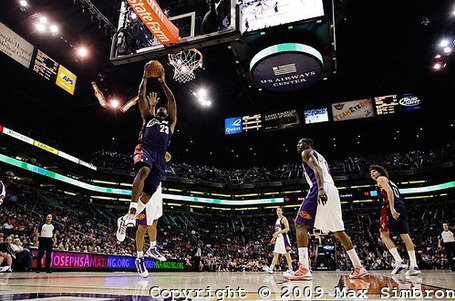 Which prompted this response from Coach Gentry 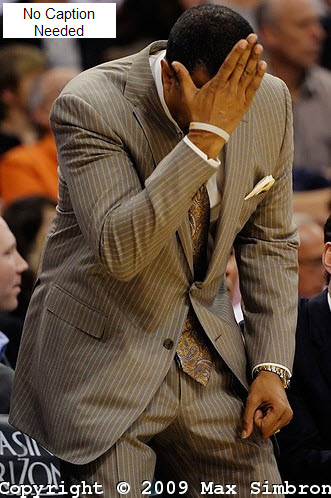 But at least Larry Fitzgerald was in the house to see that action! 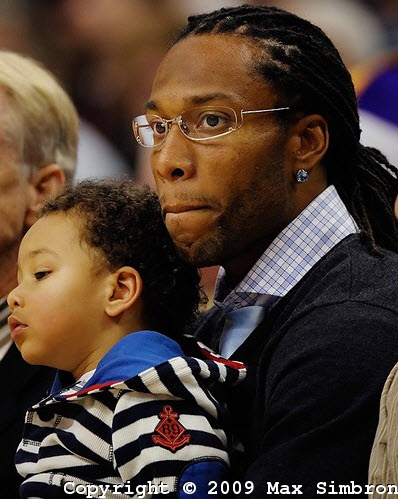 For those that question how hard Frye hammered Varejao, the pictures don't lie. 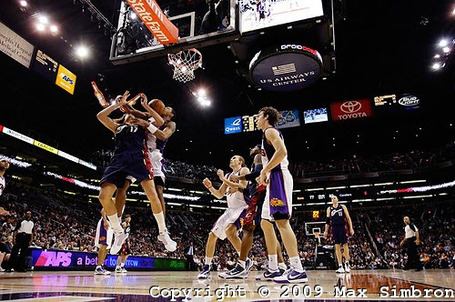 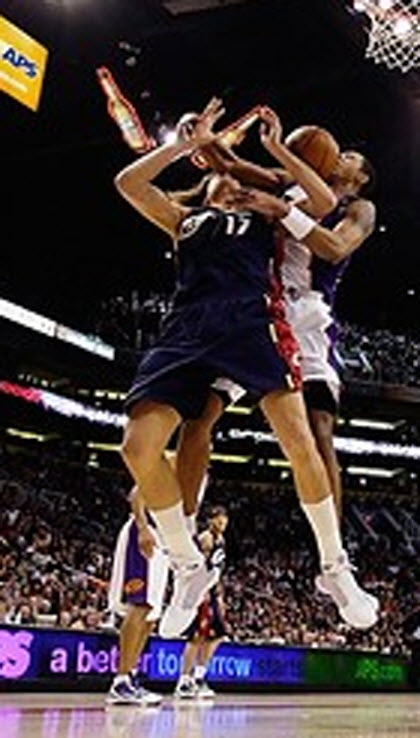 and this picture is just awesome 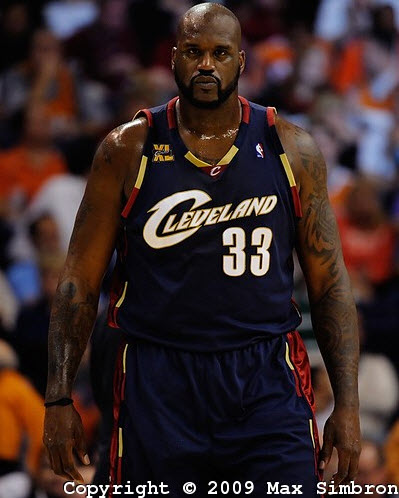