Reading the comments on this site and others and talking to various Suns fans the common refrain is saddness and anger. Those emotions are typical for those suffering a loss and the Suns are certainly losing a lot more then expected.

Even more then the current struggles are the past defeats going back to the 04-05 season and the collective loss of what could have been.

The failures are well documented but the blame still swirls. Reading the fan meme (is that the proper use of that completely idiotic word?) there are four camps deserving of criticism and they all have a tendancy to throw stones in someone else's direction. 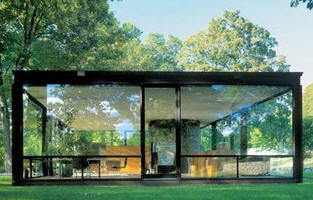 Taking a lot of heat from the fans and media alike are Sarver and Kerr and I would also have to include D'Antoni's GM brilliance in that too. (Remember Marcus Banks?) To be fair, there havve been some good moves too like signing Grant Hill to the veterans minimum and Barbosa's brilliant contract. But from not resigning Joe Johnson, to selling draft picks to the picks that were drafted there is a lot here to second guess. A lot.

Many put the blame on the Banker in Charge. It is overly simplistic though to call Sarver cheap when the Suns have the 8th highest payroll this season. Compare that to the Bulls (11th), Nuggets (15th), Spurs (20th) and Hornets (21st).

When you do look at the cost cutting moves that were made the one that stands out most was the Kurt Thomas dump.

Kurt was scheduled to make $8m last year and would have cost the Suns double that due to the luxury tax. He wasn't going to start for D'Antoni and in the previous year wasn't used in a critical role. Kerr traded him away and replaced him with the much less costly Brian Skinner who filled the role nicely for about $14m less. I have no problem with that except that we ended up paying Presti's Sonics a 1st round pick to take him and Presti just a few month's later was able to sell him to San Antonio for 2 first round picks. That doesn't make our guy seem like the best salesman on the used car lot.

Selling the draft picks to Portland two years in a row is another move that's easy to hate. It is hard to argue that signing Rudy or Sergio to rookie deals would have cost more then keeping guys like Piatowski or Marks on the bench.

Speaking of draft picks, this summer the Suns picked Lopez at 15 (a move I still like) and spent an extra million to move up and get Dragic and then buy him out of his Euro team deal and sign him to a record breaking contract for a 2nd rounder. We were told that both would play a significant role for the Suns this year. They still might but only if the Suns blow up their roster and go into serious rebuild mode.

Then there's the Big Deal from a year ago yesterday. Moving Shaq for Marion and Banks wasn't about saving dollars. There was a slight savings last year but then the Suns also took on the additional year more of Shaq's contract. Of all the moves, this is the one that changed the team the most but we will talk more about that later.

In all cases this points to poor personnel decisions and not a "cheap" owner. Is it any wonder that we are now hearing that Sarver is looking to cut payroll and save money? What's his extra spending got him so far? Only heart ache and pain.

Yesterday we ran a poll on this site asking visitors who they would rather trade or fire. 63% said fire Kerr or Porter versus only 22% for trading Amare (12% voted to give up and move to Portland). These results indicate a strong sense that the team isn't getting the most out of its talent combined with a belief that Kerr killed the Seven Second Golden Goose.

The nostalgia for the good old fast days are understandable. That was a fun exciting team and it changed the way basketball was being played. It was also a winning team at least in the regular season and during some down years in overall level of NBA competition.

Before putting all the blame on Kerr, it is important to remember that D'Antoni was already slowing the team down early last year and taking the ball out of Nash's hands to a greater degree then in years past. D'Antoni understood that being too dependent on Nash wasn't a winning formula (nor will it work for the Hornets) so he sacrificed the three point shooting to bring in Grant Hill who could help carry the distribution and mid-range duties.

Then when the chance came to erase his Banks mistake and move "locker room cancer" Shawn Marion, D'Antoni jumped on it. He said himself many times that he and Sarver were the biggest proponents and they had to talk Kerr into it. Now, some people don't believe that line and that's fine. Either way it came it about, bringing in Shaq completed and made irrevocible the end of the 7SOL era.

Since that time the Suns have been struggling to find an identity that fits the team's stars and also the fundemental workman-like belief that Kerr and Porter share regarding the need to play solid defense.

Having Shaq on the floor has greatly improved one of the Suns previous defensive liabilities - protecting the paint. Remember those good old days when teams would get to the rim at will against the Phoenix defense? Rebounding has improved as well.

However on the other end, despite numerous attempts by both D'Antoni and Porter, Shaq's presense in the lane has created a new set of physics that are as inescapable as the laws of gravity. There is no longer room for Nash to be Nash and Amare is forced into more outside jump shots. If Shaq hadn't found the foutain of youth and dramatically improved his ability to score (and hit free throws) his offensive presense would be an unmitigated diaster.

As it is, his presense at times has made the Suns half court offense look stale and has taken away the rythym that players talk so much about. At worst, it has alienated Amare and forced him to play against his stregnths.

Should the team build it's philosphy around guys like Marion and Amare and Nash instead of trying to force their round game into a square hole? It is a worthy arguement but it is also fair for the leadership to set the direction and expect the players to adapt. Asking guys to play hard every night and show some effort on both ends of the floor should not have to destroy a team.

What is not working as Kerr seemed to admit in this interview this week, is trying to have it both ways.

House of Cards (The Players)

At the end of the day the guys that lace up their shoes and cash their huge paychecks are responsible for what happens on the court. When you have a team with this much assembled talent you can only blame the management so far.

Guys have to focus and commit on a daily basis. This is something that Nash and Shaq have been talking about and Grant Hill and Barbosa have been demonstrating.

Unfortunately, not all the players seem to share this view. Matt Barnes wants even more minutes to miss shots and Amare...well, you can't blame him "it's not his job...."

The focus on Amare now is understandable. This is a young man we've watched in Phoenix since he came out of high school. It has been easy for me to defend him over the years as a young player still finding his way. I never had a problem with his ego and his wanting to be "the man". He should feel good about himself and I want him to want to be the best.

Amare is an emotional player and it is not hard to see when he's playing hard and when he's not. I am not worried about his rebounding numbers or blocked shots. When Amare is focused and energetic his presense is felt on both ends regardless of the numbers. He will never be a great defender mostly because he doesn't have a high basketball IQ but he can make up for that with effort. We've seen him do it for long stretches including the entire second half of last season.

The problem now is that Amare is getting older. He's coming up on the point when he's going to want another contract so the Suns need to decide right now if this is the guy they want to commit to for the next 5 or 6 years.

Amare hasn't helped himself this season. Since the Suns came off an east coast road trip in early November when Amare had some of the best games of his career (including THE best game against the Pacers), he's played without the effort and energy and passion he needs to bring.

We've waited and waited for Amare to turn it on like he's done in years past but something is different this time and you have to ask Amare what that is. You can't blame the coach and the system for Amare not playing hard. I simply do not accept that it is ok for a max contract player to slack just because he's not getting enough shot attempts. And by the way, in the games when Amare is focused and is playing hard his shots attempts go up. The ball does in fact find energy and Amare himself refuses to be denied and he forces the issue.

The correlation between his shot attempts and the system isn't simply on the coach calling plays for him. Its about Amare deciding to put his head down and attack versus turning down those opportunities. When you've watched Amare for as long as we have in Phoenix, you can see the difference.

House of the Setting Sun (The Fans)

The fourth glass house is filled with the most rock throwers. It is of course the fans right (and obligation) to throw those stones. No good team with loyal fans would expect less. The Celtic fans were hitting the panic button after losing 7 of 9. Hornet's fans are on the ledge as we speak and we all know about Laker's fans impatience during the Summer of Kobe.

Still, Suns fans need to look in the mirror and remember that despite being #1 in the division January last year many of us were saying the team needed a change and wasn't going to win it all. We weren't satified with 60 win regular seasons. We got greedy and we wanted it all. We wanted a ring no matter what it took.

The fans of this team have no obligation to be right or to be fair but we can't forget that the moves made by the management and the pressure felt by the players is in some part a result of what we say and do (or boo).

All I am saying is let's not forget that the same players we cheered are the ones we now jeer and the same holes the team tried to address are the same ones we complained about.

Never let that stop you from throwing stones but also understand if your targets get a bit bruised by the accuracy of your hurls.