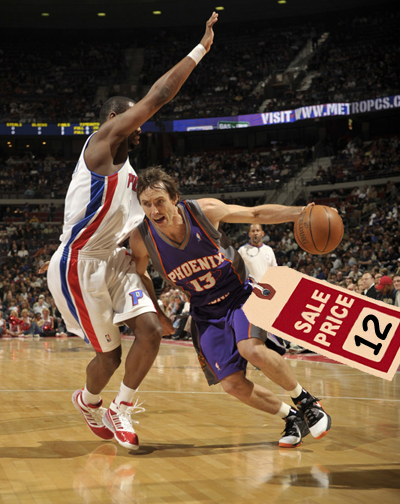 For a team with everyone on sale, the Suns body language and disposition was better than it has been all year.  You get a sense that the team has gotten past worrying about what will be and is handling the trade whirlwind with remarkable aplomb. Credit goes to mangement for communicating that and somehow keeping the players in a positive frame of mind.  Credit goes around to the players for understanding the situation and handling it better than most pros.  I really respect the players' responses this week.

In this game, to me, the highlight wasn't Steve Nash's stellar 21 assists and 2 turnovers.  It was at the close of the half, with Amare and Barbosa flying downcourt on a 2-for-1 fastbreak.  Amare has the ball in the center lane and Barbosa is on the wing.  Amare dishes at the right moment for a Barbosa lay-in at the buzzer and two left the court laughing together.  When a little craziness and a little unselfishness come together and work out like this play did, you can hope things are going to work out.

That's the way it should be.

Thanks to a veteran team that understands and accepts the consequences for not getting it done, there has actually been far less bitching than you might expect for a team where really any trade could happen.   Like you, I've been following every sound bite and every quote from the players and management.  I don't really have a problem with what anyone is saying, even Barney's misguided quest for more minutes.

Instead, I'm pleased for this game.  Although Amare seemed to force things early and Barnes had yet another crappy offensive game, the Suns seemed to put the issues behind them and just try to play a good game.  They seemed to play with vigor and with a bit of joy.  Perhaps they feel relieved.  Whatever happens now is out of their hands. 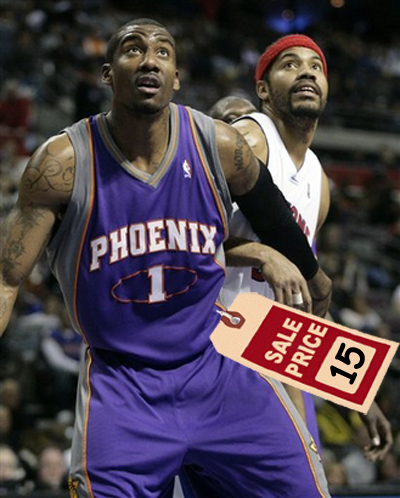 The Price is Right

Grant has become a bit more energetic and assertive lately, pulling some moves we all love to see.  He's also fulfilled the defensive handy-man role.  At 1.7 million, he could be the sweetener thrown into any trade.

You know there was a sale on Goran Dragic when he was trotted out in the second quarter for all of 4 minutes of lackluster play.  Despite going 0-for-2, he did almost get an assist and almost got a rebound.  He did play better than his stat-line, but not by much.  The worst thing Dragic did was that he took those 4 minutes of playing time from Leandro Barbosa, who played yet another great game and we could have enjoyed watching play a bit more. 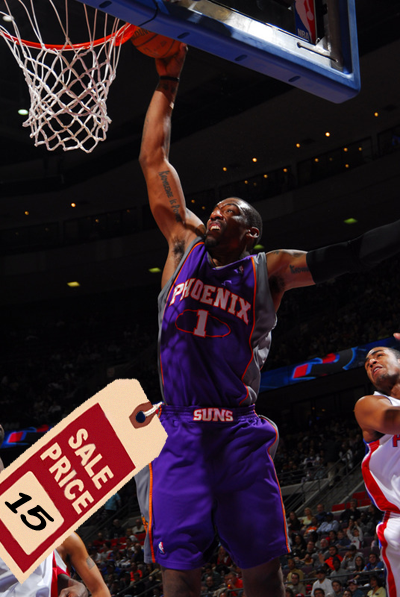 Do you really want to trade Amare Stoudemire? Really?