Suns fans' quest for a monster...

Share All sharing options for: Suns fans' quest for a monster...

The History channel has a brilliant show running now (yes – I watch the History channel) called MonsterQuest in which teams of scientists, trackers and sometimes complete nut jobs get together to find proof that fabled beasts exist.  The teams use all of the newest technology from infrared video to motion censored cameras to aid them in their quests to find everything ranging from Bigfoot to Nessy to the Chupacabra.  While the show provides awesome stories from eye witnesses and some intriguing evidence, the beast is almost always left undiscovered (I did see one episode where they actually found a type of shark thought to exist only in deep arctic oceans swimming in a relatively shallow lake in Canada…but I digress).  Although, the show ultimately disappoints my desire to see these mythical beasts, I continue to watch and be absolutely riveted by the whole thing.  Why?  Because I want to be watching when the beast emerges and everything that I’ve been waiting so patiently and watching so intently for actually pays off.  In that moment I will feel like I was a part of it – like I earned the right to see it.  Yes, if they ever discover Bigfoot, it will be all over the internet and easily accessed by anybody and everybody but I believe the moment will feel a little more special to me. 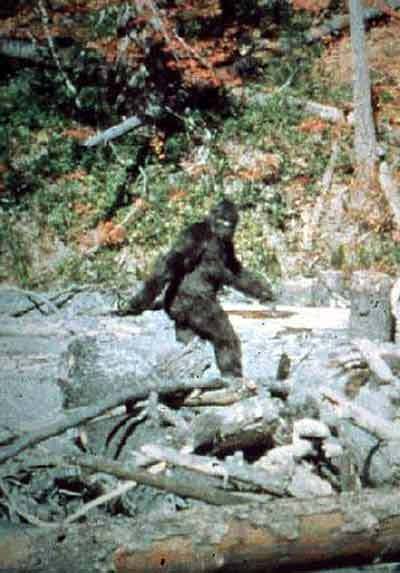 Since 2002, Suns fans have been a part of a different type of MonsterQuest.  We have seen more than enough evidence to convince us that somewhere a beast is lurking and that at some point this monster is going to appear and wreak havoc on everything in its path.  However, for all the evidence that we have seen, the beast remains mostly hidden - only allowing quick glimpses but just as quickly as it appears…it’s gone again.  Amare Stoudemire came into the league as a young kid straight out of High School.  His troubled past struck fear in the hearts of owners the same way his disregard for the rim struck fear in opposing players.  Ultimately, eight teams passed on the man-beast and he fell to the Suns with the 9th pick in the 2002 NBA draft.  Amare’s rookie season brought with it the Rookie of the Year honor and hope that this kid might push the Suns into title contention.  STAT pulled down a Suns rookie record 21 rebounds in a game against and came within two points of the Suns single-game rookie scoring record when he recorded 38 points against .  He also gave us one of the great dunks of all time when he came down the lane, got the feed from Marbury and just embarrassed Michael Olowakandi.

In his third season, Amare gave us the best evidence that this dude was going to be a superstar in this league.  That postseason, Stoudemire averaged a Suns record 29.9 points in 15 playoff games and averaged 37 points in the conference finals vs. with a 42 point game in Game 5.  The Spurs series alone served as “proof” that STAT was for real and that he was going to bring the O’Brien trophy to Phoenix sooner rather than later.  But, as happens a lot when searching for monsters, the evidence was met with disappointment as Amare underwent the dreaded microfracture knee surgery the next summer and sat out all but three games during the ’05 – ’06 season and we as fans were ultimately left wondering.

Then, as all things must, the beast adapted to its environment and changed.  Amare came back from surgery with a whole new set of tools.  He unleashed his midrange jumper and softer touch around the rim and was named to the All-NBA first team because of his offensive dominance over the rest of the league.  While this was by far the most successful comeback from a once career-threatening surgery, the Suns ultimately fell short in the playoffs when they faced the Spurs yet again (thanks to David Stern and his staff) and Suns fans began to grumble – like they somehow deserved more than a team that was consistently going to the Western Conference Finals and contending for the ultimate prize.  Evidence of the beast was rapidly cast off as myth and Amare and the Suns were scrutinized more than ever.  The next season, even though the Suns were once again on pace to be one of the top seeds in the playoffs, discouragement and frustration set in and Shaquille O’Neal was brought in to try his hand at discovering and unleashing the monster within Amare in what was initially known as the Amare Stoudemire project.  The project got off to a good enough start as Amare thrived with Shaq as his running mate for the final month of the season but another loss to the Spurs in the first round of the playoffs would ultimately unleash a different beast…Shaq’s ego.

At the start of this season, Shaq was no longer concerned with Amare’s progress but instead with Shaq’s legacy.  Shaq wanted the ball and with his demands came a clogged lane and the monster retreated deep into the dark as we were left with an Amare who didn’t know how he was supposed to handle Shaq’s presence.  Shaq was getting numbers and Amare (along with a number of other players) were getting frustrated trying to “fit in” to the system Terry Porter designed around the big cactus mostly because it wasn’t bringing success with it.  With each game, fans were left wondering if they would ever see the beast again or if the once feared monster was gone forever.  Then…a glimpse.  As Porter left and Gentry came in, Amare showed signs that he could thrive with Shaq on the floor in the right system…that the beast might have a chance to reveal itself – however, the glimpse as always, was quickly gone when Amare had to shut it down due to a very delicate eye surgery.

After 7 years of waiting, many fans are ready to give up hope of the monster ever really revealing itself.  Amare is no longer thought of as the untouchable piece that the Suns have to build around but as the disappointment that the Suns should give away to the first bidder.  Over that span, Amare Stoudemire has proven himself as a GREAT offensive player.  If defenses go big on him, he can step out and hit the midrange jumper or take his man off of the dribble.  If they go small, he can post them up.  Yet, for all of his offensive greatness, his lack of defensive intensity turns fans off.  Again, the glimpses he has shown in the past are not enough to keep fans satisfied and hopeful for the future.  I, on the other hand, propose that we wait a little longer before giving up in our quest to find the beast within Amare.  This season was one of turmoil and change.  Between coaching and personnel changes to go with numerous injuries, the Suns season was in flux all year.  I propose that we continue the quest for one more season and give Amare and the Suns a chance to play an entire season under one coach and one philosophy and see what comes of it.  Why?  Because I want to be watching when the beast emerges and everything that I’ve been waiting so patiently and watching so intently for actually pays off.  In that moment I will feel like I was a part of it – like I earned the right to see it.  Because when that beast does show itself, it is a scary thing…just ask the candy man.