The Year of the Yo-Yo Trade

Share All sharing options for: The Year of the Yo-Yo Trade 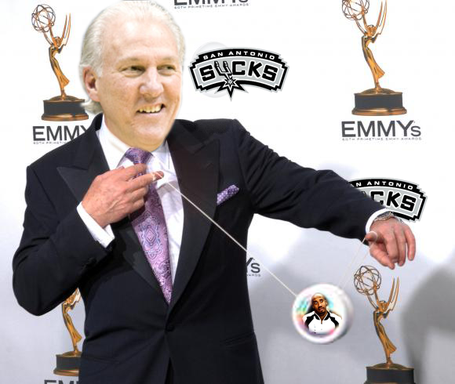 For a brief moment today, amid the turmoil of the Suns and the disaster that awaits the team in the 2010 bidding war, I toyed with the idea I might actually like the San Antonio Spurs, now that they jettisoned that awful excuse for an NBA player, Bruce Bowen.

The moment came and went like lightning, as I realized, Bruce Bowen isn't gone at all.  He and Kurt Thomas will be bought out before mid-season and they'll be back on the Spurs in no time.   After all, what could the rebuilding Milwaukee Bucks possible want old fossils like Kurt Thomas and Bruce Bowen?  How could they have not even asked about young talents George Hill or Roger Mason?  I guess they did get prospect Amir Johnson for Fabricio Oberto from another more desperate rebuilding team.  The Detroit Pistons also traded talent for cash.  They are expected to waive Fabricio Oberto immediately to get out of his contract.

Welcome to the Year of the Yo-Yo Trade.

The trade is simple - take an old player that is of limited value but has an expiring contract.  As I wrote about the other day, there's a lot of expiring contracts this year in prep for bidding war 2010.  You trade the old player to the rebuilding team, a team that has no interest in veterans.  You get their valued assets which they are effectively trading away for nothing.  Then the rebuilding team buys out the player, the player is old and tired of moving, or is sentimental about the team that traded them, and poof, they come back for the minimum.

The genius of the trade is that Pop traded away the one player, Bruce Bowen, that no team in the NBA wants - except the San Antonio Spurs.  He will be bought out of his expiring contract with certitude, and then, will be resigned with the Spurs, probably for the minimum.  This will garner him a financial bonus depending on his buyout, and will effectively mean that Milwaukee will subsidize about $3 million of San Antonio's salary expenses.

You can expect to see a record number of Yo-Yo trades this year.  With so few teams vying for a title and so many teams clamoring for cap space in an ill-fated attempt to woo the top free agents of 2010, which we now find out will likely include both Carlos Boozer and Kyle Korver, the Yo-Yo trade is now in full effect.

All I can say is

"Shame on you, rebuilding teams.  How dare you trade your top assets for cash and not get any talent back. You will spend an extra 5 years in the NBA cellar for it."