Profile of the Junkyard Dog

Share All sharing options for: Profile of the Junkyard Dog

The centerpiece of the trade with the Charlotte Bobcats appeared to be Jason Richardson. Obviously J-Rich had the stats, athleticism, and name recognition around the league to excite most of us. But the other piece of the deal was one Jared Dudley. While most of us fans were quoted as saying, "Jared Who?," It appeared Steve Kerr had done his homework, and arguably, may have been after Dudley more than Richardson. Of Dudley, Kerr stated:

"Jack-of-all-trades type player...He can guard three different positions. Youthful. Energetic. We feel like we're getting an impact player and somebody who's going to impact our future." 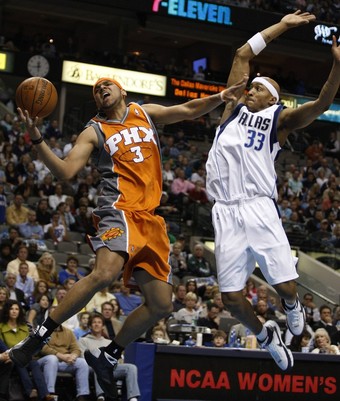 Jared Dudley was the 22nd pick in the first round of the 2007 draft out of Boston College where he started and played in every game in his four year career. Known as the Junkyard Dog, (can you guess why?) Dudley had a streak of over 100 consecutive starts in his college career. In his senior season, Dudley was voted ACC Player of the Year and was second team All-American. Dudley's draft profile listed the following (out of many) strengths in his game:

As a professional, not much has changed from the above noted assessments. As a 22 year old rookie in Charlotte, Dudley played in 73 games, averaging 19 MPG, which is surprising for a 22nd pick in the draft. Usually rookies with Dudley's attributes do not see a lot of floor time. And while we can argue that the Bobcats were so terrible that putting Dudley on the floor couldn't have made the team any worse, the fact that he made it out there consistently, averaging significant time, is an illustrating of Dudley's productivity against the big boys of the NBA. In 48 games with the Suns last season, Dudley put up modest numbers not even worth mentioning. But what is worth mentioning was his style of play he exuded from beginning. Living up to his reputation, Dudley was the dirtworking dog, and by the end of the season, he had even found some range from the three point line.

I believe with increased minutes we will see some more consistency and output from Jared Dudley. Ideally I would like to see the average rebounds increase to 5-7 (from 3), the free throws up to 75% (from 68), and the PPG to 8-10 (from 3). Dudley is capable of that kind of improvement. Either way when I think of the trade-off between Dudley and Diaw, I would much rather have the psychological consistency of Dudley, even if we lose some of the talent and athleticism of Diaw. The thing I like the most about what I have seen from Dudley thus far is that he knows what kind of player he is and has no illusions-he understands what he does well and what a team values from him. He will never be Shawn Marion or Grant Hill, but we don't need him to be that. I am sure I will be challenged on this, but I submit that Kerr probably wanted Dudley more than Richardson, that Richardson filled the vacated spot left by Raja Bell, but Dudley in himself, was just another high draft pick along with Robin Lopez for the 08-09 season.

What do you all think?