Share All sharing options for: Game Preview: Suns Vs. Hawks

Tonight, the Suns face a nasty challenge in Atlanta as they take on the Hawks.


The good news about this match-up is that in all likelihood the Suns may not have to worry about giving up a double digit lead. They may never find themselves up by that much in this one.

I don't mean to sound pessimistic, however, the Hawks are an excellent team. Joe Johnson and Co. are tied with Orlando atop the Southeast Standings at 25-13, winners of 4 of their last 5. The Hawks have won two straight after a crushing 32 point defeat at Orlando last Saturday. They won in Boston 102-96 and most recently, at home against Washington 94-82.

The Hawks are second in Eastern Conference Scoring, averaging 103.2 a game while allowing oponents 97.4. They shoot 47% from the field, 36% from beyond the arc. While a middle of the pack rebounding team, the Hawks are last in the NBA with 11.7 turnovers per game. Last as in first, the best in not giving up the rock.

The Suns are in full-on soul searching mode. It's not exactly clear how well the search is working for them:

Jared Dudley: "Throughout the season, you tend to get lax at times. I feel we've done that. We need more defensive pressure." Well, at least someone realizes it. If anyone can bring it, I believe the Junkyard Dog can.

Alvin Gentry: "One thing we threw around was changing our lineup, but that's not our problem. Our lineup is what gets us that 24-point lead. Do we change the lineup so we don't end up with a 24-point lead? I still want to play with a 24-point lead." I like Alvin Gentry. He's a great guy and I think he's a solid coach. But I don't get the logic and I disagree. And that's probably why he's been an NBA coach for 20-something years and I'm a lowly blogger. If you cannot sustain a lead and end up losing, then obtaining one is pointless, no? I get his point though, having a big league is better than not. However, with the way the Suns are managing their double digit leads, perhaps it's better for them to play in close games-perhaps their intensity will not wane. I know, we don't have a choice and it's preposterous to suggest not pushing for the largest lead possible.

While researching the Hawks for this preview, I came upon this nugget on peachtree hoops from a writer regarding Joe Johnson that made me chuckle:

"I will be the first to admit I sometimes fling praises or insults on Joe Johnson simply depending on whether he hits the shots. It is lazy fandom, but sometimes hard to avoid. Just listen to Nique, every shot Joe takes is a tough shot, and tough shots are only good shots if they go in."

I'm not going to play up any keys to the game. I'll leave that to Scott Williams. But I will say what is obvious to everyone: Games like tonight provide an opportunity. Of course opportunities do not always lead to positive outcomes. The Suns have an opportunity to pick up a big road win, take a step towards building a little momentum and feel better about themselves (while also making their fans happy). The Suns also have the opportunity to continue the mystifying trends this team is currently suffering from.

PLAY WITH SOME PRIDE, HEART AND TENACITY. FIND THAT CHIP, AND PLACE IT SQUARELY ON YOUR SHOULDER. THE HAWKS JUST MAY UNDERESTIMATE YOU TONIGHT. 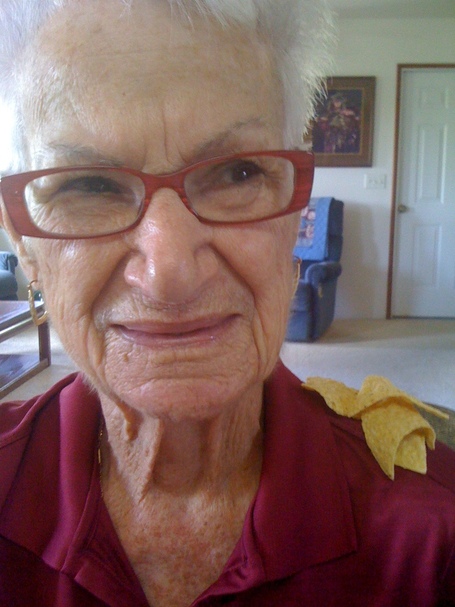