Share All sharing options for: Game in Exclusive Pictures: Suns vs Celtics (Sheed Leads the Way)

You've seen plenty of pictures of Robin Lopez' fuzzy mop but only here at the hair obsessed Bright Side of the Sun will you see it from this angle. Staring you in the face. Now close your eyes and image this on an IMax screen in 3D. 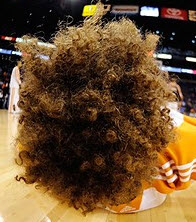 You are very welcome.

The game started in typical Suns fashion with Amare Stoudemire going Gorilla and dunking all over the Celtics and/or hitting outside shots. Sometimes on the same play. Don't ask how. It happened. I was there. Legends were born this day. 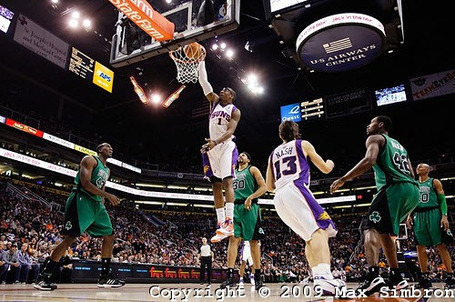 While on the other end of the floor defensive specialist and All NBA defensive 1st team and DPOY candidate Steve Nash took (the) charge... Defense! Defense! 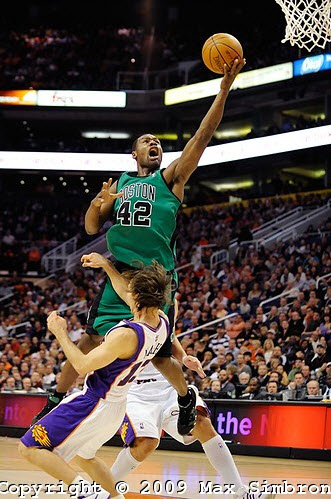 The Celtics were a proud team and refused to be rolled over (until they rolled over that is). They put their best available ginger-headed defender on Amare to try and slow him down. 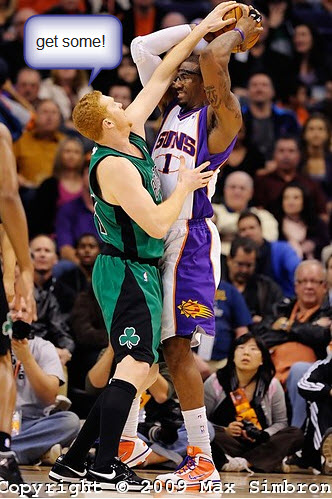 Amare was frustrated by Scal's "in your shorts" defense and knee high black socks. 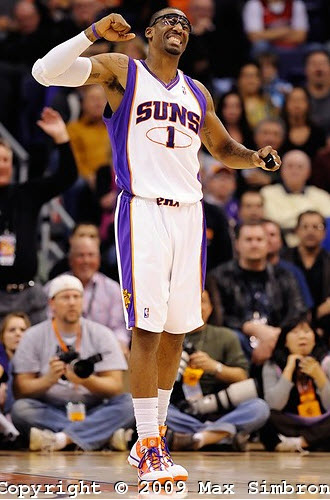 While the fist pump didn't draw a T in the game, I am fairly sure that this official is about to call one on me for posting it.

Just remember, these are the best basketball referees in the world. Perhaps even the galaxy. 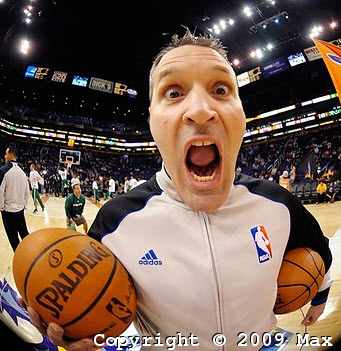 At this point, without their spiritual leader (KG) and points leader (Pierce), Rasheed Wallace stepped up and took charge of the game. 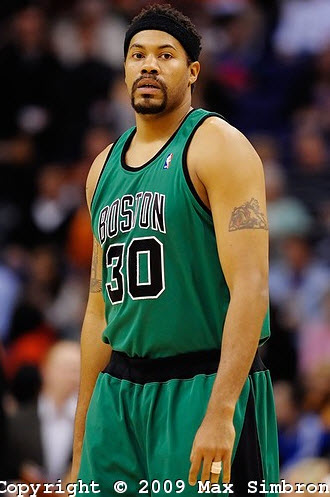 Which lead to this 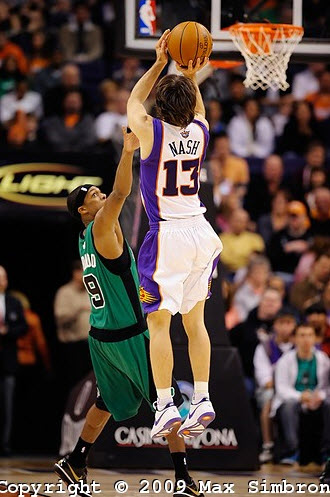 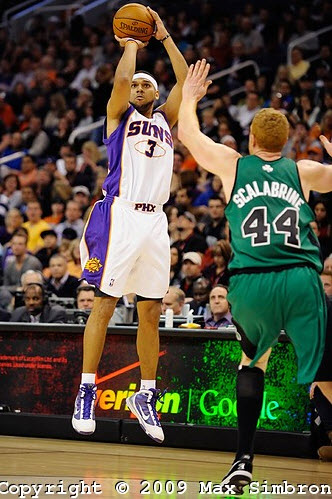 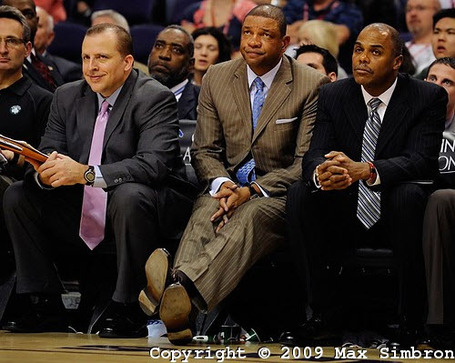 which wasn't able to stop this 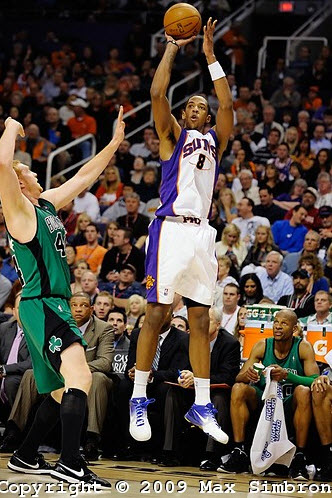 and eventually even this (true story. I was working on these photos and my wife asked me "who is that" which is exactly the point of me posting it here) 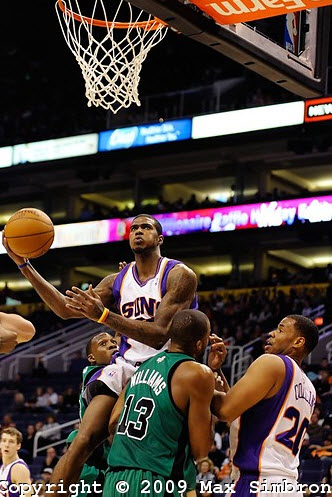 The C's tried to apply some semblance of defense but only by randomly hacking players who generally don't score very much which isn't widely considered to be an effective basketball strategy. 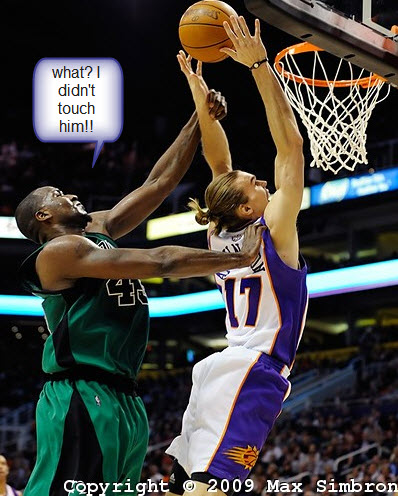 and like the Lakers before them, the game ended with the Celtics players looking forlorn and palming their faces 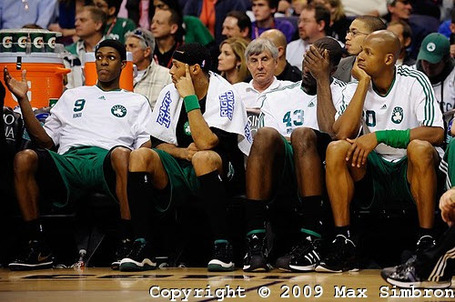