Game in Exclusive Pictures: Suns vs Grizzlies (The Agony of Defeat)

Share All sharing options for: Game in Exclusive Pictures: Suns vs Grizzlies (The Agony of Defeat)

The thrill of victory would not be thrilling if not for the agony of defeat. Yin and yang. Peanut butter and jelly. Suns and Suns. 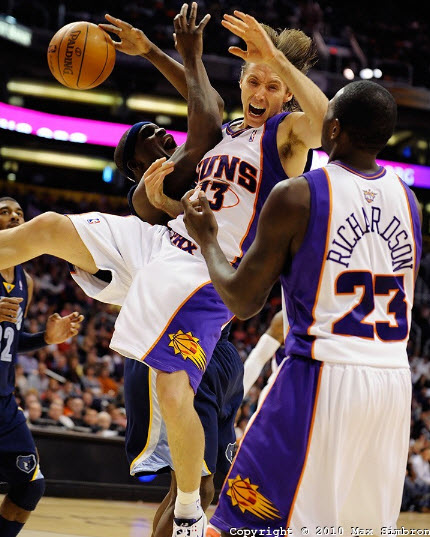 There's not much more story to tell. The Grizzlies came to Phoenix and Kicked the Suns Ass. That left Channing Frye tilting his head in befuddlement. 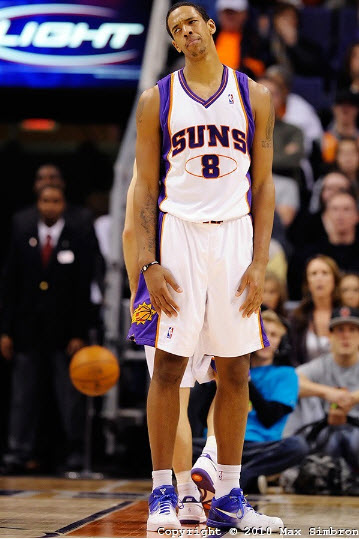 Of course, in any game there's time for polite conversation between the various parties. In this case Grant had a chance to ask referee Dick Bevetta about his famous race. 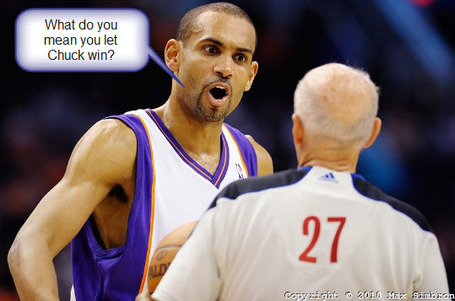 While Nash and Amare played well, their teammates didn't show up despite Steve's prodding. 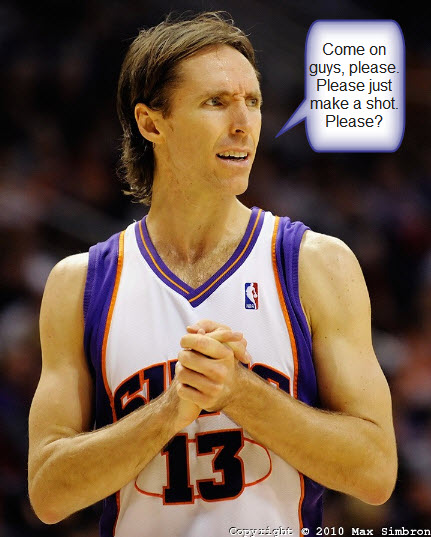 Coach Gentry talked about his wardrobe choice vowing never again to coach a game without a tie. 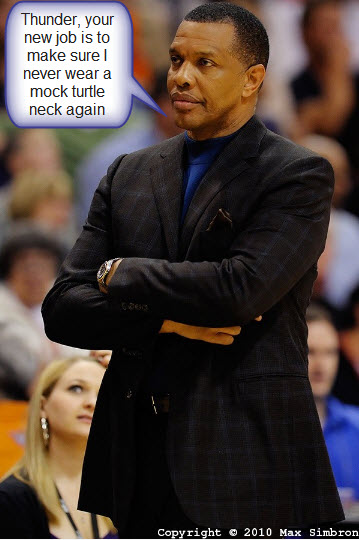 and Amare continued to lobby the official to help his cause 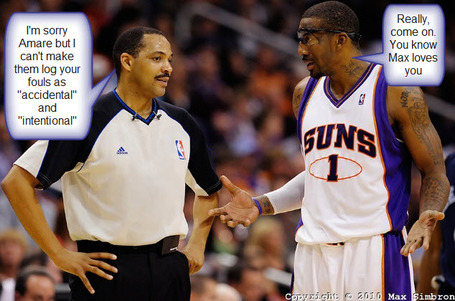 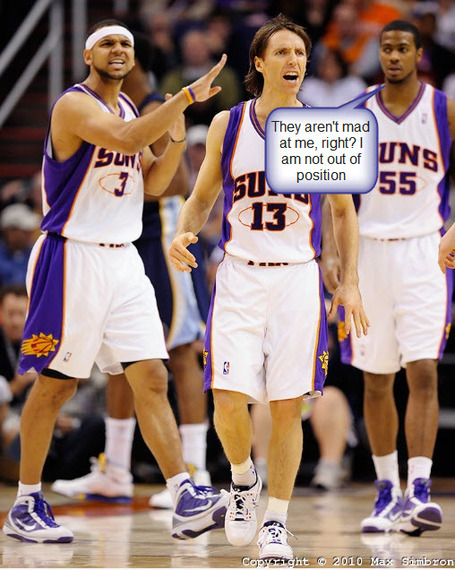 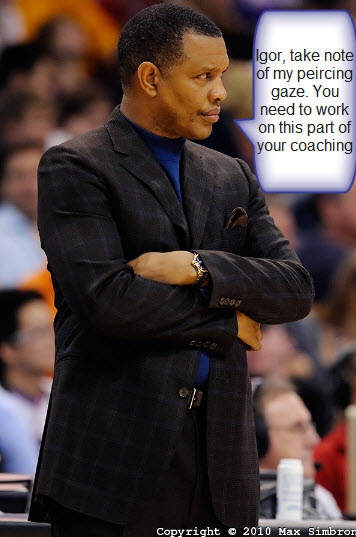 But in the end, the Suns big three had no answers 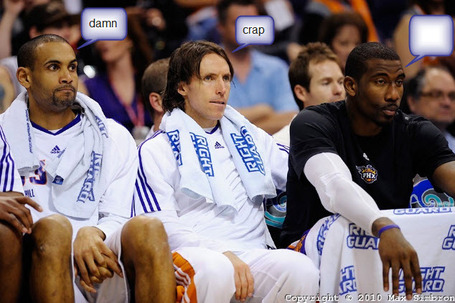