In the pre-season finale, the Suns will test their Amar'e-less, newly re-constructed squad and front office for realz against the Nuggets at U.S. Airways Arena tonight.

Josh Childress is out for this one with an injured finger. Other than that, we should see the real rotation, and hopefully a semblance of the real Suns we will see in the 2010-11 season.

Or maybe not. We have been smacked over the face this Summer by everyone from me to Alvin Gentry to Steve Nash talking about establishing chemistry and acclimating the new guys, adjusting to this and that. The bar has been set low, and it is understandable. There is really no reason to set it high, or for anyone to publicize their feelings of optimism. The underdog role suited the Suns just fine last season. Of course we fans would like a nice Bob Sarver autographed purple and orange teddy bear for us to cuddle up with for some solace and piece of mind. Unfortunately it's not going to happen

I'm sure you have seen the early season schedule for the Suns, and it is absolutely motherscratching brutal:

WTF? Are you kidding me? Am I whining like a prepubescent little girl? YES.

And after a pseudo lull consisting of Memphis, Atlanta, and Sacramento, it's back to insanity:

Evidence that the boys in NBA front offices still hate the Suns for one reason or another. Or is it evidence that virtually every game will be a struggle for the Suns until they find their legs and solidify their rotation and chemistry, if that happens at all.

Apologies for the pessimistic and very un-journalistic preview, but I think our Suns need another month of camp: 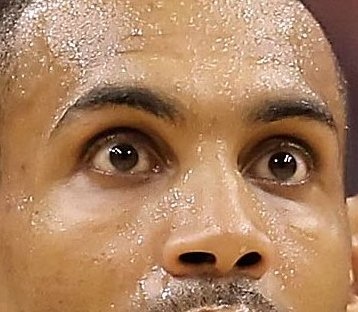 Even Steve Nash concedes that the Suns might take months, not games, to hit their stride. "Chemistry is going to take time when you bring new pieces to the table - really sort of an abundance of them this year," he said Thursday. "In some ways it's a shame to make our way almost to the top of the mountain last year and four or five months later start at the bottom again.

Other big Nuggets news includes a fancy new neck tattoo for Chris Andersen, J.R. Smith being cleared by the Denver police in a choking incident (he allegedly choked a person, not a clutch shot), and Ty Lawson putting up better preseason numbers than Chauncey Billups.

I am certain a preview will be posted soon.

According to a source familiar with the situation, [New York Knicks GM Donnie] Walsh has been motivated by information from Lee, a Knicks season-ticket-holder, that Anthony's first choice is far and away the Knicks. According to the source, Anthony has had several conversations in recent weeks with Lee, who has in turn informed Knicks brass of Anthony's feelings.