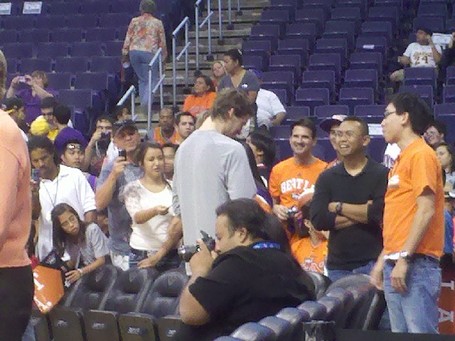 Question: Who are the Lakers gonna to play at the 4/5 when Gasol and Odom are on the bench? I suppose Derrick Character is going to get minutes and Theo Ratliff (who is listed has having a "sore left knee" will come in. Do those guys scare you?

So, while I don't think the Suns can win this game (thanks NBA schedule) the opportunity is there if you can get one of those guys into foul trouble and/or run them enough to wear them out by the 4th qtr.

Yeah yeah yeah, it's about that time. By which I mean: time for Kobe Bryant to show once again that he's the fastest gun in the West. You can usually count on the Suns' D to cooperate.