Raise your hand if you had circled this game on your planet ORNG calendar about week ago. After running the gauntlet against the Mavericks, Spurs, Thunder and Heat, playing the Clippers seemed like a welcome respite.

But no more. When Jared Dudley becomes your leading scorer your squad probably has some problems. And it's no knock against Dudz, it's great to see him on a scoring tear. Seriously though, someone else on the Suns is going to have to step up and score some points. Seriously.

Today Vince Carter is both doubtful and probable (depending on your source) to make his Suns debut. I'm uncertain as to whether he will start or not, but I will be closely eyeing the tweet machine in order to provide BSOTS with up to date TOTAL COVERAGE. (I tweeted Dudz to give me the 411-I'm sure he'll respond soon).

The prospect of starting Carter though seems to provide some, well, uncertainty...Do you mess with Dudley's rhythm and send him back to the pine? If Carter is playing, wouldn't it be best to match him with Nash as opposed to Dragon? That is, won't Nash make it a smidge easier to get Carter some open looks? In addition, the Suns first team needs another scoring threat, especially if teams continue to double Nash. I won't tax my brain too much thinking about this one, that's why they pay Alvin Gentry the big bucks-to figure these things out.

Per Paul Coro, Vince Carter will not play today.

Today the Clips will be without Chris Kaman, Craig Smith, and Brian Cook. The good news is Ike Diogu has a job again!

I'll be wearing these, which my 9 year old got me for Christmas: 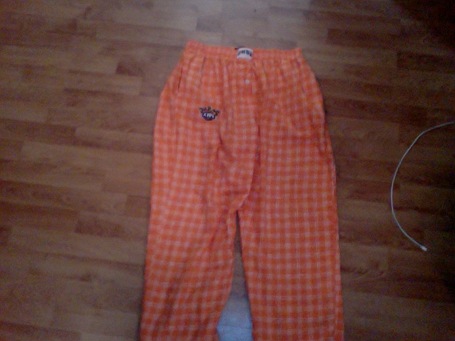 "I think we should be optimistic...We've got to continue to get tougher...We are going to need a little more time, but I think we are capable of winning games in the meantime."

Vince Carter (knee) hasn't yet practiced with his new team and on Friday was listed as questionable for this game. If he does play he will immediately move into the starting lineup to try and replace the scoring that the team was missing without Jason Richardson. If he can't go, Jared Dudley will again get the start. Dudley set consecutive career-highs in his last two starts but said that was mostly due to the way opponents were helping off him to defend Steve Nash and the pick and roll.