Jared Dudley has done a lot of smart things since coming to the Suns. He's played smart. He's used twitter and other media strategically to help build his personal brand. And as a result he's won the hearts and minds of Suns fans.

Perhaps most importantly for a guy of average NBA talent, Jared's earned the adoration and appreciation of the Phoenix Suns coaching staff.

Now Jared is risking all of that goodwill he's accumulated with his employers by publicly inserting himself into the most important and most complicated decision the team has to make - what to do with Amare Stoudemire.

Jared dropped these tweet bombs which are surely going to get plenty of attention from Robert Sarver and Steve Kerr... 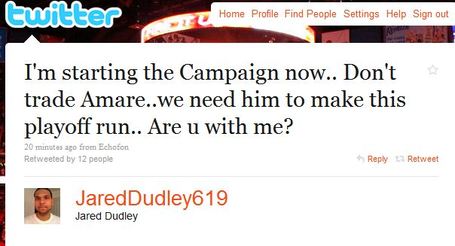 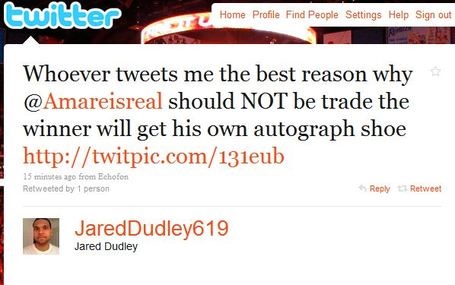 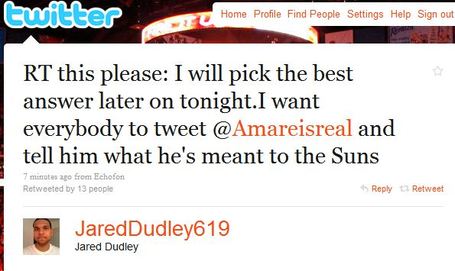