Amare's first game after the (no)trade deadline and so of course that's the big storyline of the game. At least it was until a surprise happened during one of the time outs. And no, I am not talking about the dude winning a suitcase full of cash ($10,000 dollars) for chucking a frisbee.

This was truly something special...Follow along with the pictures below to see the entire story unfold. 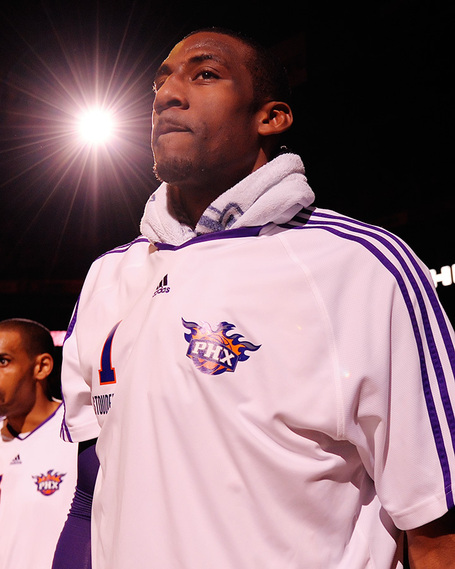 Amare started off his return to the Suns thanking his employers for all the trade talk fun by letting this lob pass sail through his hands. Way to go, Mr Max Contract! 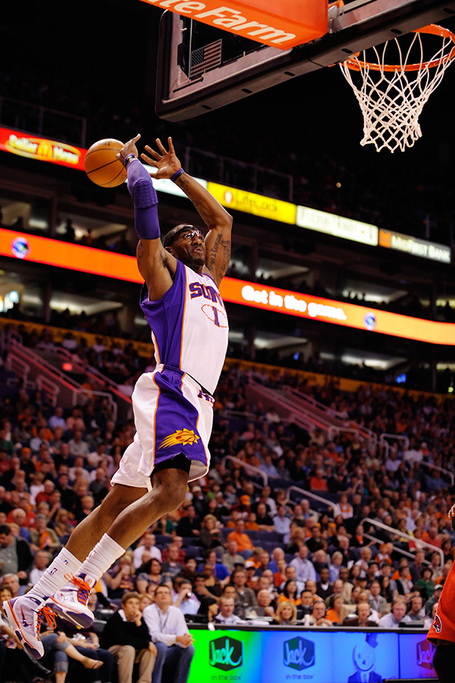 Just kidding...we love you Amare. And we really love when you make your dunk face. 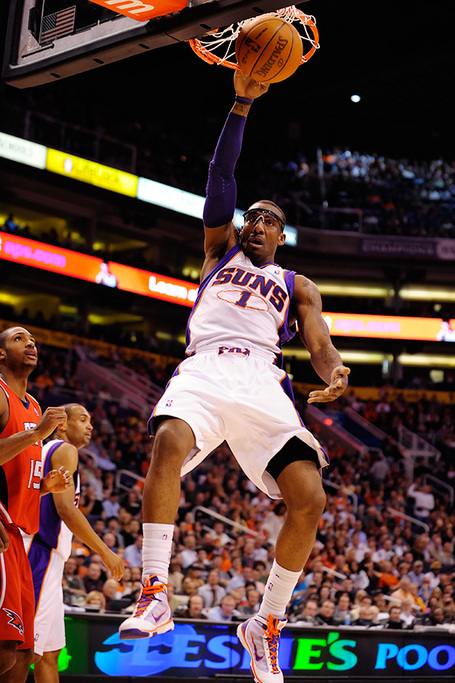 Being the vet that he is now, Amare of course had to share some words of wisdom with his younger team mates.

"Amare, man. What kind of steak did you have when you went to dinner with Sarver and Kerr?"

"Yo, I showed them! I had a $200 lobster and steak feast! That will show Sarver what happens when you dangle Sun Tzu in trade talks." 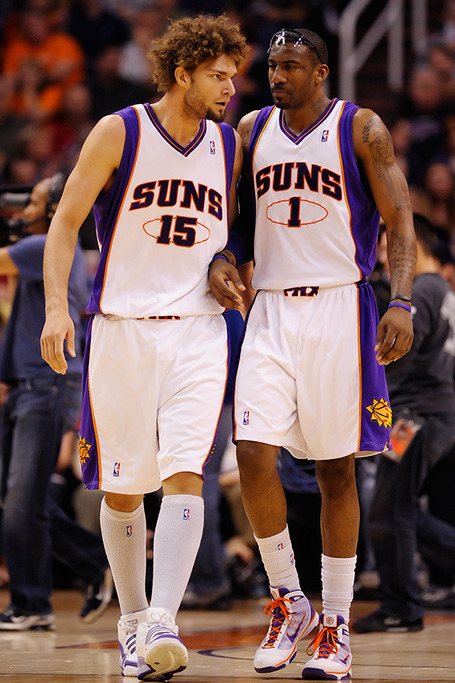 "Hey Amare, how did you win rookie of the year and I can't get off this bench?"

"Well kid, it helps when can actually dominate games but if you can't do that you should just threaten to opt out of your contract in 8 years." 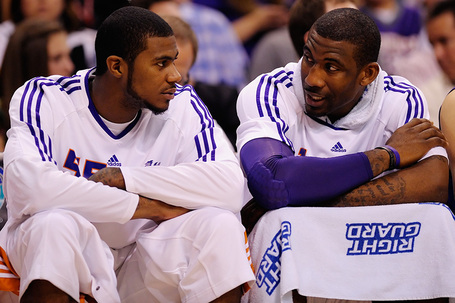 Of course the Hawks were in town and a couple of them had notable games.

Marvin Williams managed to score 6 points in 34 minutes which totally justifies the Hawks picking him 2nd in the 2005 draft ahead of those losers Deron Williams and Chris Paul. Way to go, Hawks! and nice dunk, Marv! 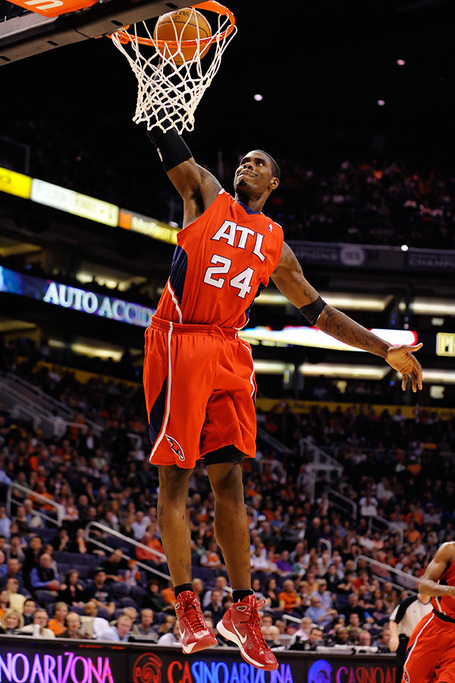 Local product Mike Bibby celebrated coming back home by dropping 6 points of his own. Perhaps though he was depressed after learning the his state high school scoring record was broken last week by Corey Hawkins. Poor little Bibby. 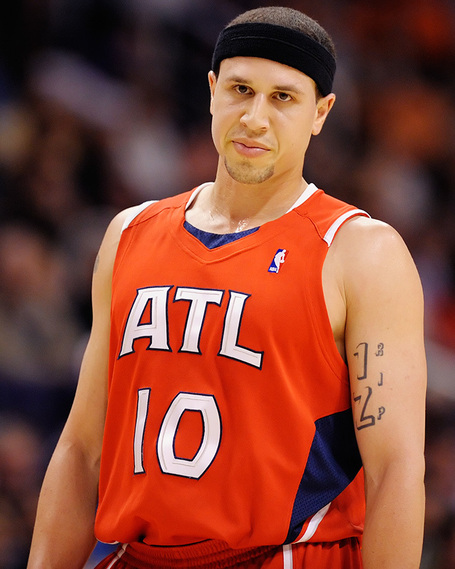 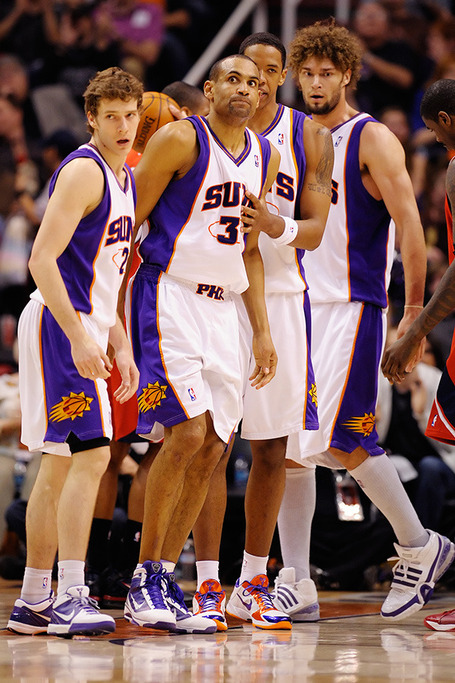 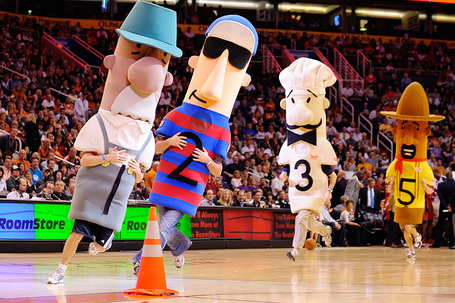 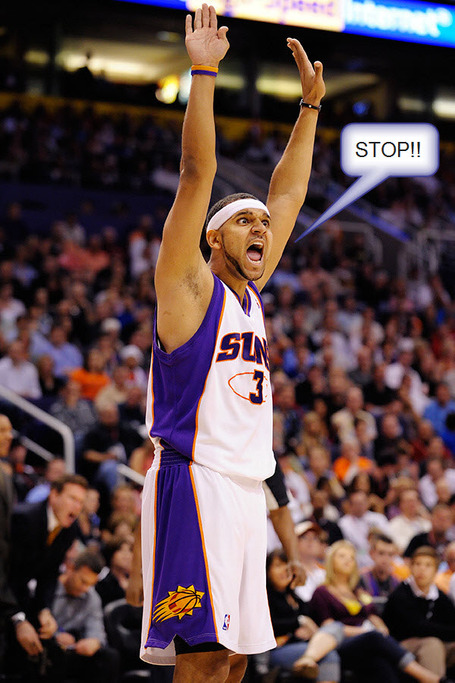