Share All sharing options for: Amare's Much Improved Pick and Roll Defense

His offensive explosion was fun to watch. His pick and roll defense was something else entirely. See for yourself

On the Jazz's third offensive possession of the game (the first ended in a steal by Grant Hill and the second ended in a 29ft contested toss at the end of the shot clock) Amare blocked Mehmet Okur on a pick and roll.

The rest of the Jazz cleared out to one side while Deron and Memo ran the pick and roll around the elbow extended. Amare showed hard to trap Deron who made a sweet pass to Memo cutting to the rim.

Amare recovered quickly and chased down and blocked the reverse lay up attempt. 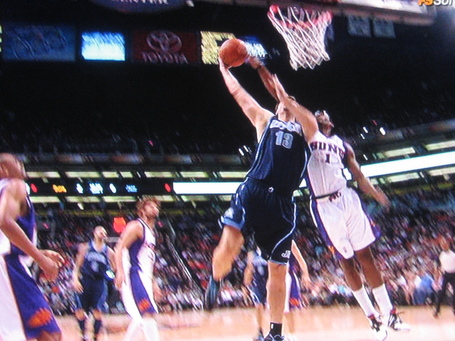 As you can see, it was a clean block. Perfectly timed by Amare and made possible by his quick reaction to the play....and his amazing speed and leaping ability. This is what Focus looks like on the defensive end.

Just a couple of plays later, the Jazz ran the side pick and roll with Williams and Boozer. This time Robin trapped the ball and Carlos rolled free to the basket for what looked like an easy finish. 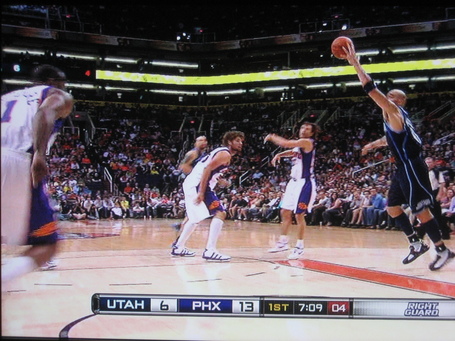 Amare immediately recognized the play (credit to his pre-game preparation) and reacted perfectly. You can see Amare moving as soon as the pass from Deron is made. 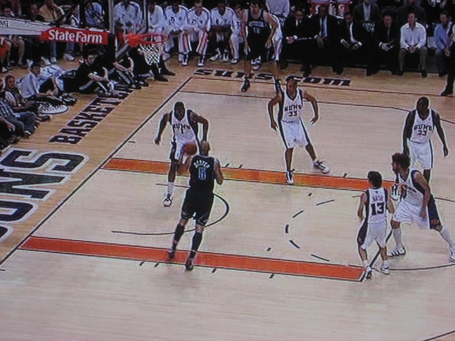 He came from the weak side and got into position in front of Boozer and then rose up and blocked his shot without fouling. 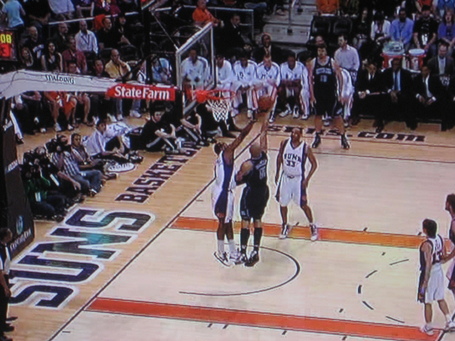 The block feel right back to Boozer who tossed it quickly back at the rim but it fell off. 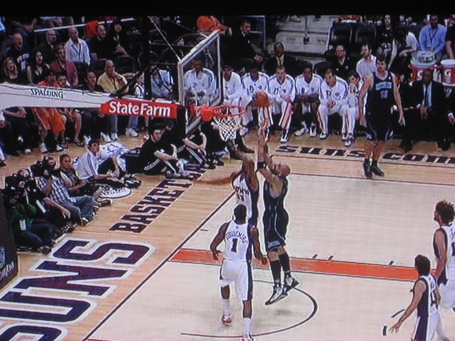 Amare continued to battle with Carlos and used his hops and long arms to secure the rebound even though Boozer had better position on him. 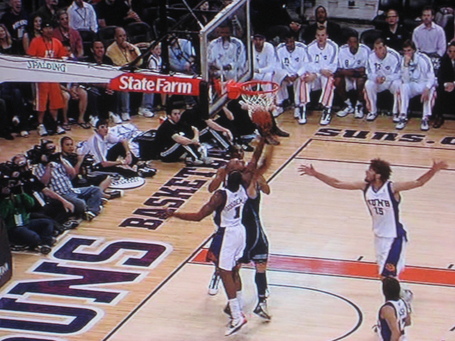 One other thing to note in the video is all five Suns players staying back to help secure the ball while Boozer was left alone under the rim. Should the ball have squirted out, the Suns would have corralled it. In Arizona, you corral loose leather. Dead or alive.

These two defensive plays from Amare set the tone for the game. The Jazz would only score 37 points in the first half and shot just 39% for the game.