The Dark Knight (Amare) Without His Robin (Lopez)

Share All sharing options for: The Dark Knight (Amare) Without His Robin (Lopez) 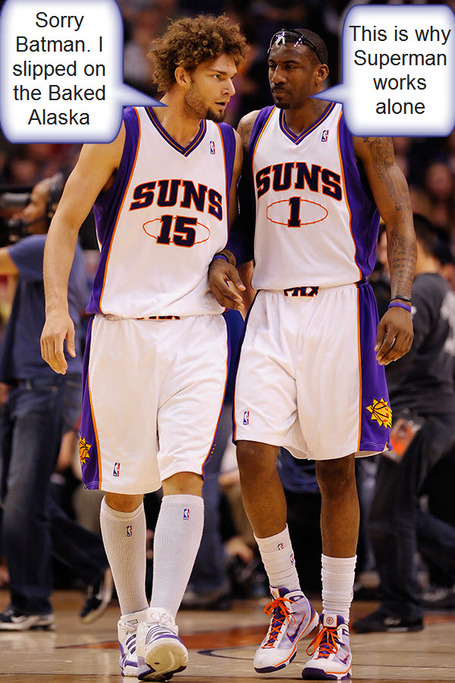 My plan was to wait a few more games and run the "Batman without his Robin" numbers but then I slapped my face into my palm and remembered....we already have those numbers!

Without Robin as his side-kick, Amare will have to shoulder a LOT of additional crime fighting responsibilities. Check it* 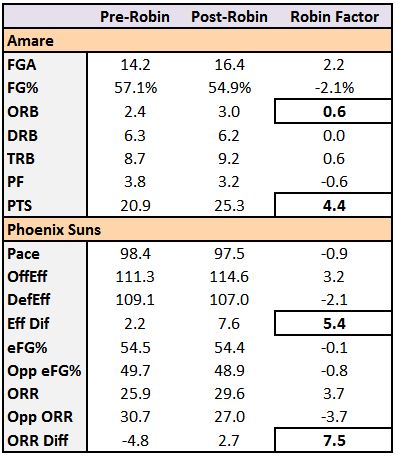 So yeah...without Robin, this Batman is going to struggle to make up the difference. The paint will be without its Enforcer. The boards will be a crap shoot when playing bigger teams. Even the offense will struggle more and be more dependent on perimeter shooting.

I am absolutely convinced that having Robin Lopez in the starting line-up and playing at a high level is a HUGE reason why the team turned around. Without him, it will be difficult to get out of the first round of the playoffs.

GET WELL SOON, ROBIN! The Justice League Needs You!

* Data provided by HoopData.com and Basketball-reference.com