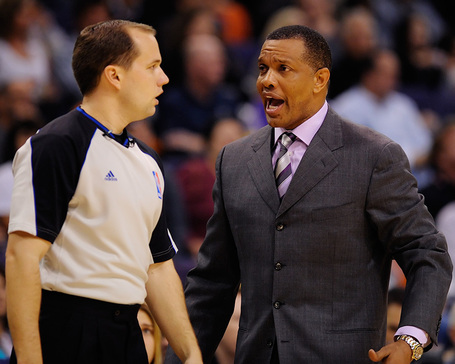 Don't get mad. Get even by winning a ton of games and Coach of the Month honors.

Ok, maybe not EVER, but how about for the month of March...

Official press release with all the great details.

Why should I both to do any work when the Suns are going to write it all up for me?

Gentry wins his second career NBA Coach of the Month award and his second of 2009-10 (November 2009), becoming the first NBA coach to win multiple monthly honors this season.  In his first full season as Suns head coach, Gentry joins Cotton Fitzsimmons (April 1989, February 1990, December 1991) and Mike D'Antoni (December 2004, February 2006, December 2006, January 2007) as the only coaches in franchise history to win multiple monthly coaching awards.  He joins D'Antoni as the only coaches in club history to win more than one in a single season (2006-07).

Gentry garners the 11th monthly selection in franchise history after leading the Suns to a Western Conference-best 12-2 (.857) record in March, including a perfect 5-0 road mark.  Phoenix closed the month by winning its final nine consecutive games, the longest active win streak in the NBA and the club's longest win streak since a franchise-record 17-game streak from Dec. 29, 2006-Jan. 28, 2007.

During its best March since 2008, Gentry's club clinched the 29th playoff berth in franchise history and the fifth in the last six seasons with a March 30 win at Chicago.  Two nights earlier, the Suns' March 28 victory at Minnesota gave Phoenix 47 wins, surpassing the team's win total from 2008-09 with nine games remaining this season.  Entering April, Gentry has the Suns just one win shy of the 19th 50-win season in franchise history.

The highest-scoring team in the NBA for the second-straight season under Gentry and for fifth time in the last six seasons overall, the Suns averaged 115.9 points in March and are currently averaging 110.5 points for the season, the club's most since 1994-95. 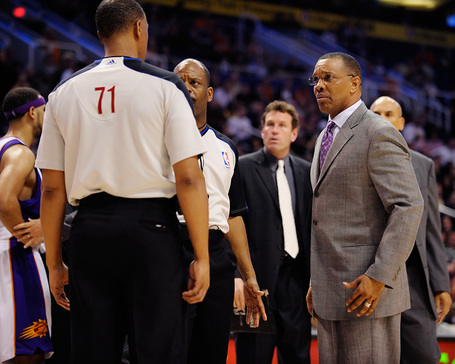