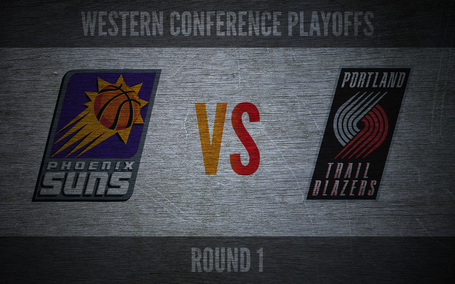 Let's get this party started, people!

Suns vs Blazers Game 2 Preview: Rise of the Machines (aka Amare's Crucible)

posted by Seth Pollack about 6 hours ago

posted by Seth Pollack 1 day ago

Gentry uses a Mac laptop in case you were curious

Alvin was pretty peeved that a national NBA media guy (who's name rhymes with Ron Marry) was spouting off about how Nash can't defend Miller and how the Suns need to switch it up and play Richardson on Miller. Of course, anyone that watched the game knows that Nash wasn't on Miller so Gentry went off about it...