Share All sharing options for: Anatomy of an Offensive Rebound (w/ visual aides)

As we discussed here after Game 5, the Suns have done an outstanding job on the offensive glass. I believe that over the course of a series, that's a result of the strategies and style of play as discussed, and sometimes it's just about hustle and determination.

This following example is a display of both.

When Jason Richardson's shot goes up, the Blazers have either switched or assigned their best wing defender, Batum, on to a Suns guard, leaving the point guard, Andre Miller, matched up with forward (and supreme stud) Grant Hill.

As you can see, the Blazers are in good inside position with Camby on Amare and Miller between Hill and the basket. 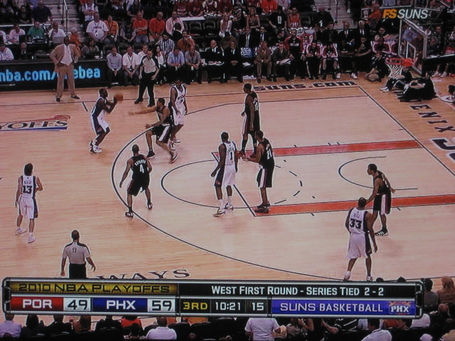 As the shot approaches the rim, Miller has good box out position on Hill and Camby is eyeing the ball from a great position. 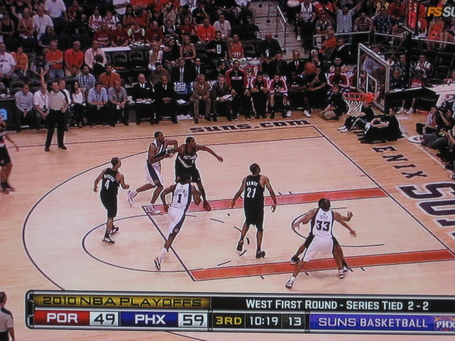 The ball bounces off the rim between Camby and Miller. Hill fakes to his left (inside) and moves around to Miller's right (baseline -- away from the ball). 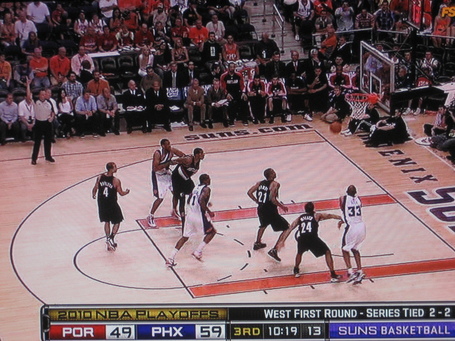 But Grant wants the ball more and leans all the way in to get a hand on it and knock it away from Miller and Camby.

There's no explanation here why Marcus didn't attack the ball coming off the iron. He just watches it fall low enough for Grant to get a paw on it. 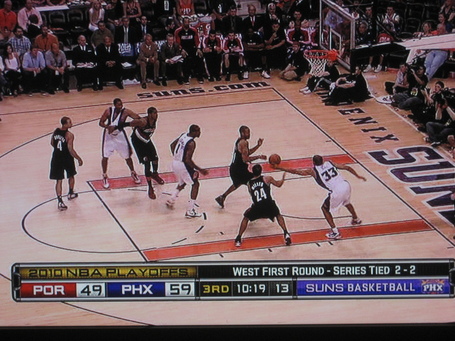 Amare, who never gave up on the play, can then quickly get around Camby and grab the ball. Offensive rebound, Suns. 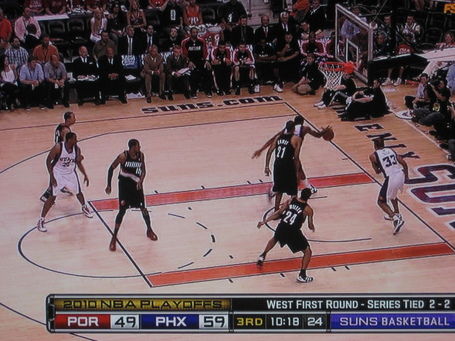 Sorry for the poor quality video here but you should get the drift...