I am without words. Certainly, I have no words that haven't already been spoken again and again.

To SWEEP the Spurs and win games by going ugly ... This team is incredible and they just keep getting better. The perimeter defense. The effort. The clutch shooting. The chemistry.

Past Suns teams were run and fun, free-wheeling high octane. This team finds joy in hard work, discipline, execution and ultimately winning no matter what the circumstance. Incredible.

The Suns not only were the more talented team, the deeper team, the smarter team, but they were the more resilient and tougher team, as well. In my mind, there's no higher compliment to the coaching staff, front office and team leaders.

You have to do more than "want to win". You have to deliver through adversity and the Suns did that in this series and the Spurs did not. That more than anything is the biggest role reversal from years past.

Let the celebration begin! ... but not too much because the job isn't over. The Mission is NOT Accomplished. The Lakers are waiting and the underdogs will have to rise up one more time to get over that monster hump.

2010 NBA Playoffs: NBA Conference Finals and NBA Finals schedule - ESPN
Game 1 of the WCF won't start until Sunday, May 16th at the soonest. Could be as late as Wednesday, May 18th. 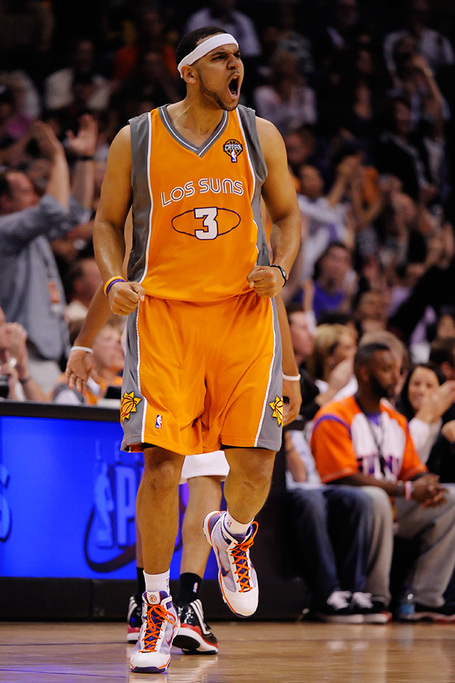