Tonight, your Phoenix Suns give it another go against the Los Angeles Lakers.

After their performance in Game 1, the Suns have a laundry list of things to improve upon. The simplest description was given by Steve Nash, who plainly stated that they need to make their open 3-point looks and defend better.

Not much went right for the Suns Monday so it would appear logical to this blog-guy that there must be some level of improvement. The Suns were not themselves in game 1:

If the law of averages applies tonight, or any other night, the NBA pendulum will swing the Suns' way. Channing Frye and Jared Dudley will hit some three pointers. Amare will grab more rebounds than Steve Nash. Steve Nash will become a bigger threat from the field.

OK maybe there's no law applicable; maybe it's wishful thinking. The Lakers are good, there's no doubt about that. But the Suns can play with them.  But as Nash said, they have to take their game to another level to win against the Lakers in LA, in the postseason. And if L.A. shows up tonight as they did in the first game, the Suns must play a nearly flawless game to overcome their size, length, experience, home court advantage, and Kobe Bryantness.

So, if you are looking for keys to the game, I say, MAN UP. Not in the strategic sense of the word as much as the psychological connotation. This isn't an inexperienced postseason and injured-plagued Blazers squad; it's not the aging, less "physical", smallish Spurs squad. A Conference Finals matchup against the Lakers is a meeting of MEN. Deal with the size and length advantage of the Lakes, deal with the hometown zebras who won't give the Suns any benefit of any call (so don't complain on the thread or act surprised), deal with the Laker homers such as David Arquette (perhaps he won't attend this game after what happened Monday), Jack, Anthony, Flea, etc. 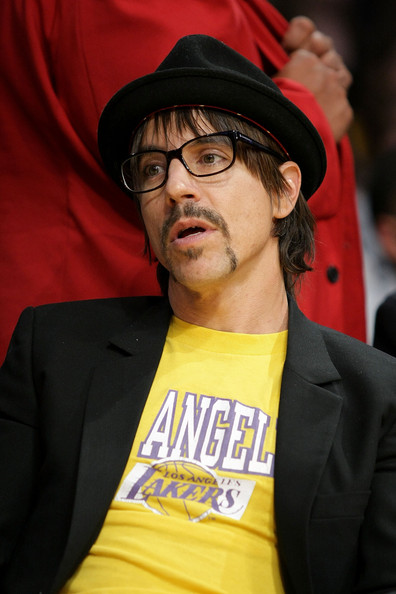 PHX Seth reported this quote from the field from Alvin Gentry:

"Guys, I know everyone expects for us to be down and out, but shit ... it's one game. It's one game. They played great, we didn't. You have to give them credit and you've got to move on. That's what the playoffs are."

Yes, it's one game, gone, forgotten, yes? No panic, no fear, just a ball and a hoop and a bunch of tall guys wearing yellow. Let's do this.

"Our entire team needs to play with a chip on its shoulder tonight."

Bickely: Time to Show Some Fight