GAME PREVIEW: Game 3 Deep Down in the Heart of Texas: Phoenix Suns Vs. San Antonio Spurs

Share All sharing options for: GAME PREVIEW: Game 3 Deep Down in the Heart of Texas: Phoenix Suns Vs. San Antonio Spurs

"We feel like we haven't done anything. All we did was win at home."

Tonight, the second round Western Conference Playoff Series between the Suns and the Spurs moves to the great land of livestock, sh*t kickers, oil wells, ten gallon Cowboy hats, and um, Spurs. Los Suns are up 2-0 and I think everyone here on BSOTS, like Grant Hill, understands what that means for the Suns. Ain't nothing over yet. Not even close.
Many of the Spurs players and members of the evil empire consider this a MUST WIN. And maybe it's true. A loss puts the Spurs on the brink of elimination. But not unlike a wounded, cornered animal staring at the possibility of eventual elimination, the Spurs are more dangerous than before. No way does this squad quit. Now way do they put their heads down and succumb without fighting to the death. 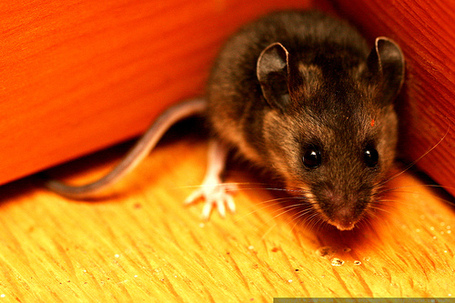 We can assume that the Spurs will be even more dangerous with their backs against the wall. Tenacious, desperate, angry, focused, what have you. Add in what will certainly be a prideful, confident, deafening, raucous assemblage of Spurs faithful, and this game is going to end up in all out war -- in the basketball sense, of course.

But back to reality. There has been some excellent insight from JSUN and Seth here and here. And here's to JSUN for a sentiment which I totally concur with:

Game 3 is not about winning or losing for the Suns. It is about inflicting body blows to Duncan.

This game has just as many psychological implications as it does physical. The Suns need to put the orange through the hoop, yes. Absolutely. However, the game inside the game has to do with the series momentum and confidence moving forward. The Suns held home court. In game 2, they gave up 14 turnovers and were out shot by the Spurs. They came back from a Spurs rally, turned up the D, and made shots when they needed to. Take solace knowing that the Suns haven't put it all together in either two games and still managed to find a way to win. Of course, it's the playoffs and I'll argue that these games are battles of attrition as opposed to works of poetry. Expect things to get more physical, uglier, grittier.

So tonight, a win would be phenomenal. But almost as important as a 3-0 series advantage is for the Suns to come out and play with confidence. Continue dominating the boards. Go Horry and Bowen on Los Spurs (not in the flagrant sense). Make life miserable for Tim Duncan, keep Manu and Parker out of the paint. In short, instill doubt in the minds of the opposition -- that this Suns team is not the Suns of 2003, 2005, 2007. These are the junkyard Suns, the bully ball Suns, and even if the Spurs score more points than the Suns tonight, at least walk away from this game with the confidence that they can pick up a game 4 W, return back home to their own comfy beds, the friendly confines of U.S. Airways, and finish off the EVIL EMPIRE in 2010.

And lastly, here is a little something to get you all jacked up for tonight's game. Comes from one Mr. David Thorpe of the so-called leader in sports whatever whatever...The reasons why the Suns will lose this series to the Spurs:

How the Spurs get back into the series:

1. Manu is an extremely special talent.
2. The Suns do not always play with energy on defense.
3. Duncan has lost a step, but that does not mean he'll not be more energetic in some games
4. When Phoenix shoots poorly from 3, it's easier to defend their high ballscreen action.
5. Jason Richardson won't play like a rock star every game.

PS-I've picked every series correct so far, so I'm bound to miss some (or at least one) the rest of the way. This series looks to be the one.

You know what? I just wrote about how a Suns loss tonight could be acceptable under the right circumstances. After reading that above...CANCEL THAT.... I'M NOW FEELING LIKE THIS:

My San Antonio: History is no comfort

Paul Coro: Suns try to keep their edge with 2-0 lead.