All things considered, it has been quite the nutty offseason for the Suns. It didn't feel quite so significant as it happened, since following basketball news during the summertime is kind of like mowing the lawn with a pair of scissors, but to look back at the last two months as a whole, I think it provided much more entertainment than most people suspected.

A complete regime change underneath Bobby Sarver, three new players in the rotation and three "old" players who will be wearing different uniforms next year. I thought a post to nutshell the whole situation was warranted, and just for jollies (and I know how much some of you like jollies), I'll explain why I think the summer was a great success, despite the chaos.

The Suns of Yesterday 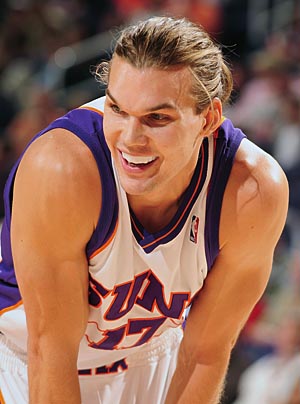 
Amare, Leandro and (eventually) Lou are moving on. Never mind who the replacements are for now, let's take a look at what exactly we lost.

Editors note: I am not a stats guy, so you will scarcely find them in anything I post.

Amare Stoudemire: One of the best big men in Suns history. When motivated, was a human tornado that destroyed everything in his path. He could go for 30 points without breaking a sweat. He was good enough to be great without giving 100%, so he usually gave anywhere between 60-75%. Amare wasn't really a basketball player per se; he was more of an athletic freak who at times couldn't be stopped from cramming the orange ball through the cylinder. On the other hand, if you're looking for someone to take a charge, dive for a ball, get physical down low, or do anything of significance without the rock in his hands, look further. Way further.

Leandro Barbosa: A fan favorite who was more liked for his lovable personality than he was for his play on the court, which has spiraled downward in the last couple seasons. Some mitigating factors may have been involved (the death of his mother, injuries, etc.), but it was obvious that he no longer had a defined role on the team. Goran Dragic emerged as the Suns' guard of the future, and LB's skills were redundant alongside Dragic, who could pretty much do all the stuff that LB did when he was at his peak and added a high basketball IQ that LB never had.

Lou Amundson: The anti-Amare, Lou was great without the ball in hands, but aside from flushing alley-oops from the Dragon he should never have the ball in his hands unless something horrible has happened. What he lacked in offensive ability, however, he more than made up for in intangibles. Seriously, the guy's intangibles could choke a donkey. Opposing players were known to exclaim "Damn, son! This dude's intangibles are messin' with my game!" He will be sorely missed, and his departure represents my low-point of the offseason.

The New Guys in Orange 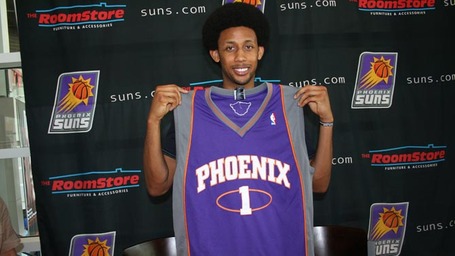 Enter Josh Childress, Hedo Turkoglu and Hakim Warrick. Seriously who would have guessed that any one of these three guys would end up in Phoenix? Say what you will about Sarver, aside from the Amare situation the guy knows how to keep a lid on things.

By the way, assuming that 2nd round pick Gani Lawal keeps the same #31 that he wore in college, that means that Amare's #1 (Chill), Raja's #19 (Hedo) and Marion's #31 will all be reissued in the same season. Take from that what you will.

Why this will work

Hedo will take Amare's starting gig at PF, and much has been made of the absurdity of this decision. It likely will create a deficiency in the rebounding department, and it remains to be seen if Hedo can defend opposing 4's. Warrick will be subbing in for Hedo, and he carries similar concerns, if for different reasons. Childress figures to be a coup, the most low-risk acquisition of the bunch. When you boil all the changes together, it doesn't look like the vacancy of Amare and Lou were filled appropriately. However, the most important factor doesn't show up on paper. 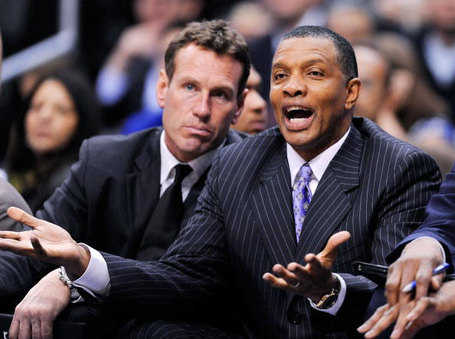 
Every great coach has a distinct system. Alvin Gentry is no exception. He has effectively created a hybrid, using 7SOL as more of a guideline than a rule and peppering in his own defensive philosophies. While many people have been squawking for years about the end of the Suns' era, the new era began before they even realized it. Gang rebounding, sagging man-to-man (or Girly Zone, if you prefer), player accountability... these are now the characteristics of your Phoenix Suns.

Alvin now has another defensive ace to play with in Childress, and along with Grant Hill and Jared Dudley the team now boasts three players who can be assigned to the other team's best perimeter player. The addition of Turkoglu and Warrick as the team's PFs will enable Gentry to push his gang-rebounding philosphy even harder, and we learned last year that the man's system works. The Suns stormed the league from February all the way to the Conference Finals. It was no coincidence that February was about a full year after Gentry took over for Terry Porter. It took him a full season to develop the team according to his model, and by the time it was implemented the Suns were a ten-deep squad, brimming with confidence and with a newfound philosophy on defense.

With the surprising departure of Kerr and Griffin, followed shortly by the invetibale departure of Amare, things could have gone many different ways. What worried me the most at the time was the possibility of a panic-induced replacement signing. The idea of the Suns signing David Lee for the next five years or mortaging their future on Al Jefferson had me quaking in my proverbial boots. Instead, Cool Hand Babby brought in some very versatile players on flexible contracts. The message was clear: The Suns are going to succeed their way. They're not breaking the bank for just anyone. The system is more important than big-name transactions, and players will be brought in accordingly.

I agree that Hedo's contract is a tad worrisome, but it's hard for me to see any of the new Suns being a disappointment. Hedo turned into a punchline in Toronto, which was one horrible year for him among many good ones. He will have no excuses not to succeed in Phoenix as this is a very player-friendly organization. Warrick has found himself in a system that suits his strengths perfectly. Childress is a super-likeable dude and I want to be his friend, plus he's the long perimeter defender that many of us were pining for. He will be a fan-favorite by this December.

I hope that was tidy enough, it ended up being longer than I expected. In lieu of a proper closing, I will offer you a poll instead.

How do you feel about polls?