Play Breakdown: How The Suns Adjusted To Life Without Channing Frye

Share All sharing options for: Play Breakdown: How The Suns Adjusted To Life Without Channing Frye

Hakim Warrick dropped a career-high 32 points in his debut as Channing Frye's replacement. While we don't expect that to be the nightly norm, there were some positive signs with some of the adjustments the Suns made to their sets.

Without Frye's spacing, the Suns took advantage of Warrick's athletic abilities but also did some things based on the passing abilities of both Warrick and Marcin Gortat.

These first examples are typical Suns pick and rolls but with a Warrick twist. The Suns still ran pick and rolls on 46 of 108 offensive possessions but they did several things differently. 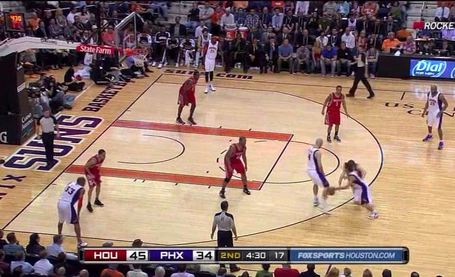 2) Warrick is posted in the corner and when his man leaves to cover Gortat's roll, Marcin finds the open Warrick. Standard stuff for the Suns. 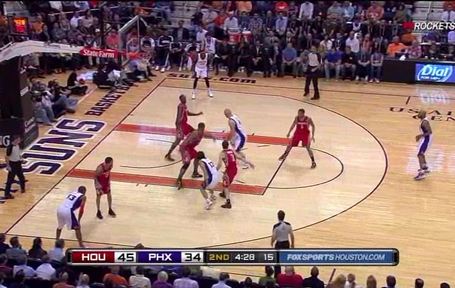 3) The difference here is Warrick doesn't hang out in the corner for an open three. Instead, he slashes in and takes the pass from Gortat and dunks it. 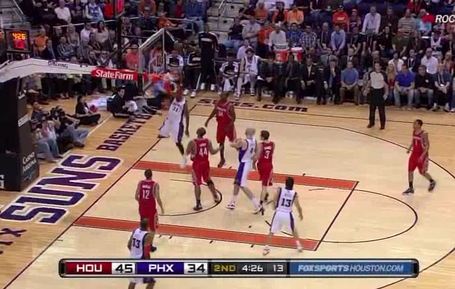 1) Here's another similar example with a side pick and roll. Note Warrick posted at the high arc but since he's not a threat to shoot from there, his defender is sagged way off into the paint to cut off the roll from Gortat. 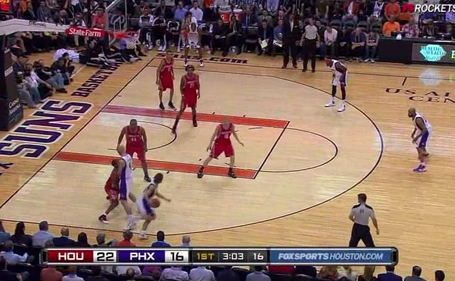 2) But this time, Gortat floats out of the paint and Nash hits a slashing Warrick who had no intention of staying behind the arc. Hak slammed the ball here too with a dunk that started well outside the restricted circle...Helicopter style. 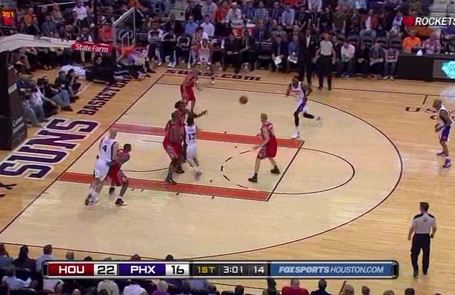 1) Here's an example of bad spacing. Nash and Lopez run a side pick and roll but Warrick is just hanging out at the elbow which allows his defender to easily cut off Lopez and Carter's man is able to cover both Warrick and still be close enough to Vince to recover if needed. 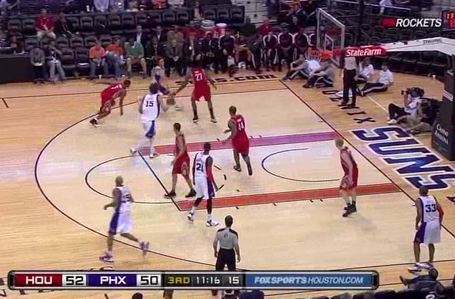 1) This is an example of an old basketball staple - Horns High. Both bigs station themselves above the elbows as you see below. The guard can use either screen and in this case Nash (wisely) chooses to take the pick set by big Robin Lopez. 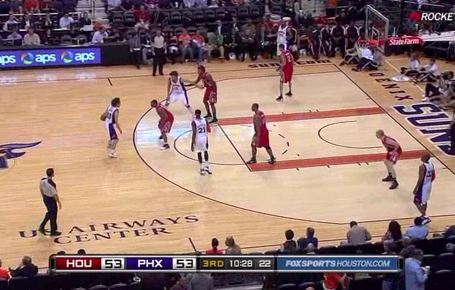 2) Warrick's defender is forced to collapse on Lopez to prevent his roll so Nash immediately finds Hakim which was part of the plan all along. 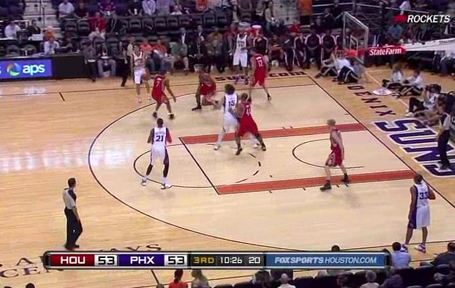 3) Warrick is open for the jump shot but as Grant Hill's man rotates over, Hakim instead passes to Hill who hits an open corner three. 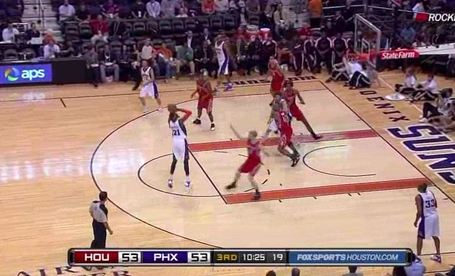 1) High low passing between the big men is a great way to take advantage of Warrick's and Gortat's abilities. In this example below the ball starts at the far corner with Grant Hill's hands and then goes to Gortat in the high post as Warrick seals his man in the post. This all happens very early in the clock before the defense is fully set. 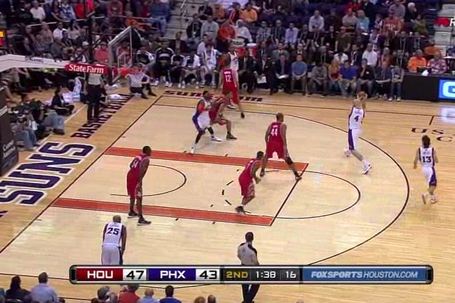 2) After Gortat delivers the ball to Warrick in the post, the catch is bobbled a bit which allows the Rockets to collapse in the paint but that leaves Vince Carter wide open in the corner. Warrick somehow evades three defenders to get the ball to Carter who drains the shot. 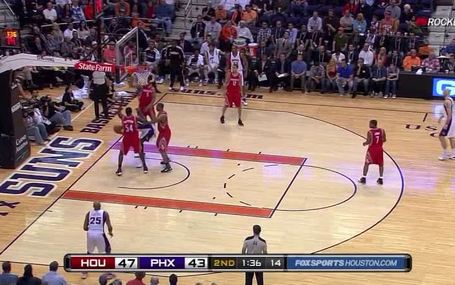 1) On this play Warrick initiates the offense from the high post. As he holds the ball on the elbow where he's a legit threat to score himself, Nash sets a cross screen on Hill's man. The Rockets switch the screen which lets Hill get to the low post with a point guard on his back. 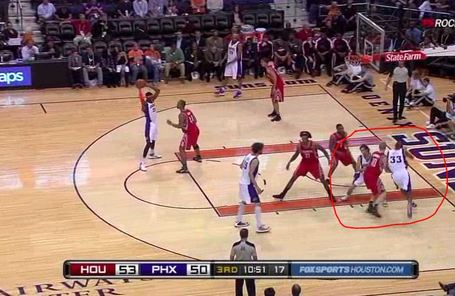 2) Warrick delivers a strike to Hill in good post position and Grant goes to work abusing the smaller defender. Interestingly enough, they did credit Warrick with an assist on the play which was a bit...generous from the official stats guys. 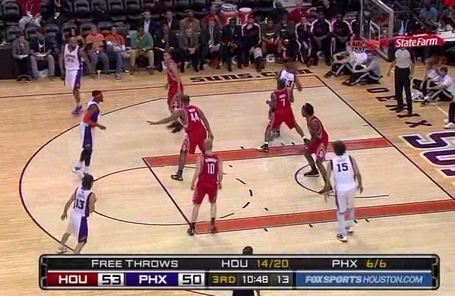 There's one more example here where the Suns ran a beautiful baseline out of bounds play from Nash to Warrick for a lob dunk.

These are just a few examples of the Suns running basic basketball plays to take advantage of their personnel. Warrick and Gortat combined for six assists in the game. Well done.