Suns Links and Things - Plus a Player Roll-Call

Share All sharing options for: Suns Links and Things - Plus a Player Roll-Call

Links and things and a player (social network) Roll Call!

"He has a consistency and temperament that's refreshing," said Brady, now head coach at Arkansas State. "He approaches it from a defensive standpoint. The way he evaluates players, he knows who's talented. He likes to know who is tough, competitive and consistent. That reflects on a player's character. He helped me with managing players, skill development, breaking down tape, putting together game plans. He was another head coach. But he's not a credit seeker. He just wants to win."

Last year, the Suns wanted to place a D-League affiliate in Prescott Valley with a hybrid ownership, which would have allowed the Suns to control basketball operations.  It did not work out on the Prescott Valley end but not for lack off interest on the Suns' side. 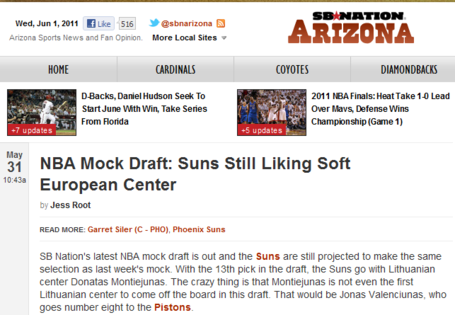 And a little love for one of my favorites in the Draft - Mr. I make you bleed Faried. 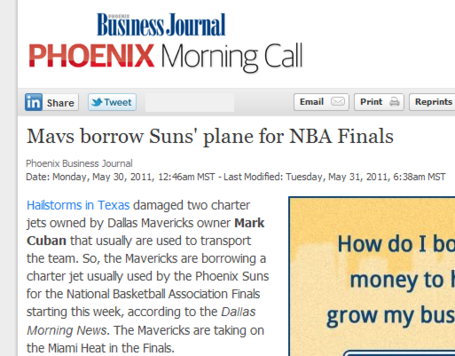 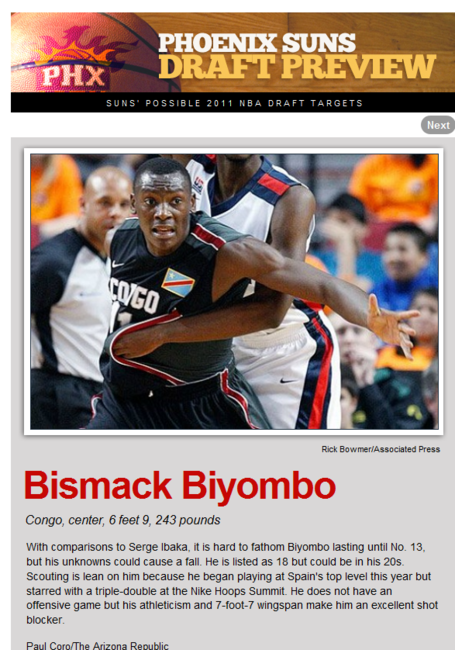 Sure, it would be great if he appeared to care more often (in more than his cliché-filled interviews), but it was always wishful thinking to expect Carter to just be rejuvenated by the desert and Nash and turn into a bonafide go-to player, a role the Suns never ended up filling.

Instead he was an inconsistent, inefficient gunner who did not resemble Vince Carter often enough.

Jared Dudley - probably the easiest to track down, is in San Diego working out and living the dream.  He tweets about twice a day about how he's either working out or at the gym doing cardio.  Classic Dudley - that's why we love him.

Steve Nash - also an easy follow because of his Twitter activity.  He's keeping busy in New York like usual for the summer.  I also saw that he was in Jamaica for a while.  BTW - I've never had Oxtail nor did I know you could eat it... but to me it looks disgusting. WTF. 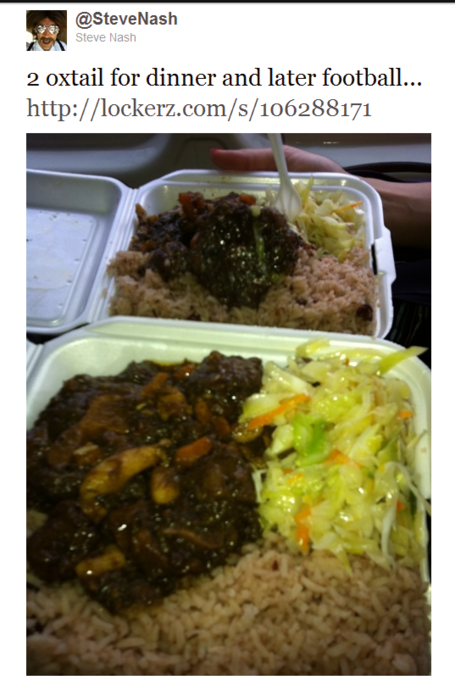 Grant Hill - Keeping busy with his new roll on the Basketball Hall of Fame Board - giving speeches at diet/nutrition conferences and chilling at home with his kids playing video games in Orlando Florida.

Channing Frye - Is loving the crappy weather in Portland... and apparently grilling a ton and eating lots of food while posting funny pictures and enjoyable Finals/playoffs commentary. I Hope he puts on a lot of weight.

Garret Siler - I assume he was in his home land of Georgia - but now he's headed to Orlando to work out with Marcin Gortat and Grant Hill.

Hakim Warrick - was in Phoenix for a while working out - then went to Vegas and gambled a bunch and now he's back home in Philly and just had his car shipped to his house.  #MustBeNice

Mickael Pietrus - He's back overseas in Malaga and listening to a lot of Musica and who knows what else. 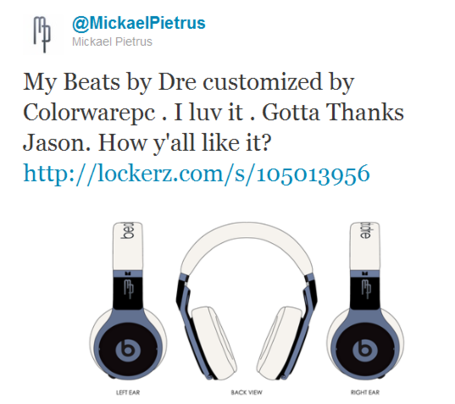 Marcin Gortat - He's a happy man having one some hefty bets on Soccer and the NBA playoffs - he's down in Orlando working out currently.

Aaron Brooks -  I don't know what he's doing or where he's at... I'll tweet him and see if I get a response, but I doubt it.

Zabian Dowdell - As well, I'm not sure where he's at or what he's up to.

Robin Lopez - MIA... but he was seen at the Phoenix Comicon last weekend, the last we've heard from him was this cryptic tweet, maybe YOU can decipher it.

[UPDATE by Eutychus, 06/01/11 3:51 PM PDT ]
I posted a quick tweet to Aaron Brooks and got a very fast response... a partial response but I respect the love. Apparently he's back home in Seattle.