Steve Nash: Omnipotent, Omniscient and Omnipresent - What the Suns!? Episode 3

Share All sharing options for: Steve Nash: Omnipotent, Omniscient and Omnipresent - What the Suns!? Episode 3

I'm back with another episode of "What the Suns!?" where we track and collect every and anything we can about what our Phoenix Suns players are doing during the off-season and especially now during the lockout! In today's episode we're going to dive into the hectic and fluid meanderings of Steve Nash - the face of the franchise.

Steve is a basketball god. He's omniscient on the court having led the league in assists for the past two years even at age 53, he's omnipotent in the pick and roll and from basically anywhere on the court when his pelvic instability isn't flaring up - and the fool is omnipresent on and off the court. HE'S EVERYWHERE. I doubt Steve sleeps. One minute he's in New York hosting some charity event, the next he's playing basketball at a local street park in Phoenix, and then all of sudden he's having the Mayor of Winnipeg hand him a key to the city and then later that night he's running in a speedo on the beach in San Diego. Although that last part might be a fabrication of imagination the general point is true. Steve is a busy man.

What the Steve Nash!?

So let's take a look at the things he's been doing - I've broken it down like usual. We'll take a look at what he's doing for basketball, for charity and for fun or whatever else. But since there is so much info on Steve, it's going to be more of a link dump. Enjoy.

"I really want to set myself up so I have options in fields that I’m passionate about for when I'm not playing basketball anymore" - Steve's got a ton of endorsement work that he does... but he's been busy this summer growing his own babies.

WHAT THE FUN & MISCELLANEOUS!?:

On an extremely slanted side note... not sure what to make of this as a Phoenix Suns fan - women are tricky things my young friends of the Bright Side, and you experienced guys know what I'm talking about. He's recently divorced... and this girl is something like 15 years younger than Steve, as a Bro, I say "nice". As a fan worried about his team I say, this could be bad news. Maybe you don't know where I'm going with this so let me be blunt. Where is Steve at emotionally. I'm not talking about what he shows us, I'm talking about in his head, the underbelly of human existence, the dark depths of introspection.

Am I the only one who's noticed that since his divorce Steve has been a bit more of a loose canon and a party animal? I mean in his post-game interviews last season there were times where he was more open and blunt with his feelings than we've grown accustomed to over the years. It's usually been a mellow Nash with a low monotonous cookie-cutter middle-of-the road response. More often that in the past we saw Nash viciously jawing at officials and demonstratively expressing his disgust with calls. Then we've got tweets about "Sunglasses and Advil. Last night was mad real." and about him hitting the club and whatnot. I wouldn't think twice about him living it up and partying all night if it weren't for a few things. 1) it's Steve Nash. 2) He's 37 years old with a bad back and some crazy thing called pelvic instability. Oh and P.S. - he's the best player on our team at 37 years old with a bad back and groinal problems. WTF.

I'm starting to wonder how that whole groin thing actually came about... but anyways, this rant is a lot longer than I originally intended so lets end it at that. I've got a crooked eye on you Brittany. I don't know how you correlate exactly to anything I've written in this paragraph but I'm hoping that sour smell I'm faintly smelling is just Boris Diaw eating a cold Taco Bell Chalupa that he found under the couch...

Here's a few of my hand-picked favorites.

Alright, well that's about all the Nash news I can handle because I'm starting to feel like a creepy stalker. If after reading this you are still craving more news about what Nash has been up to, please seek psychiatric help immediately.

Stay Tuned for the next episode of What the Suns!? - coming soon. Or whenever I feel like writing it. #Lockout

P.S. - this picture has to do with the poll question. That's my excuse and I'm sticking to it. 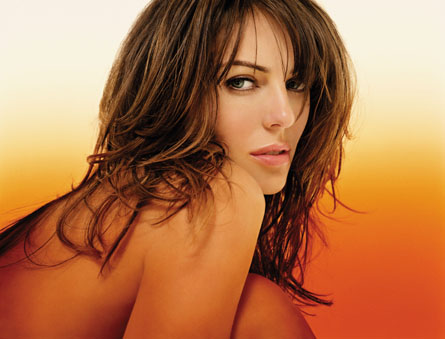