Suns fans have gotten a taste of what Luis Scola brings to the Phoenix offense in the first half of the preseason. However, the offense has still been pretty bland and we have yet to see his full capabilities.

Luis Scola became a victim of a youth movement in Houston as the veteran big man was amnestied by the club after the Rockets brought in two new forwards via the NBA Draft. However, Houston's loss is Phoenix's gain as the Suns placed the winning claim and scored Scola on the cheap.

Scola may have had a down season last year, but he's still a very skilled and versatile offensive player and he's going to be a big part of the Suns' new offense. To get a better idea of how he might be used when the games start to count, I took a look at some film from last year. All screen-caps are courtesy of MySynergySports.com.

Well, maybe not. The Rockets' offense was a lot different than the Suns' last season. Not only did they use the pick-and-roll less than the Suns did, they also ran the play a lot differently. The Rockets did not have any roll men of the same caliber as Marcin Gortat, but they did have a lot of guys that liked to take the mid-range jumper. That meant more often than not, when Houston bigs set screens, they spotted up for the pick-and-pop rather than rolling to the basket.

Scola was a big part of that, as he was involved in nearly half of Houston's pick-and-rolls. Here's an example of a typical Scola pick-and-pop play. 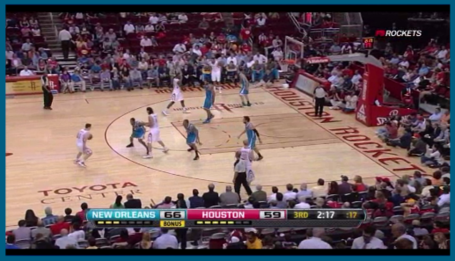 Scola sets the screen on Goran Dragic's man near the top of the key here. 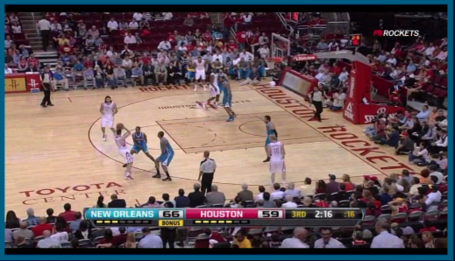 The New Orleans defenders jump out on Dragic and double him hard. Scola recognizes his man left him to trap Dragic, and rolls to an open spot on the floor just inside the arc. 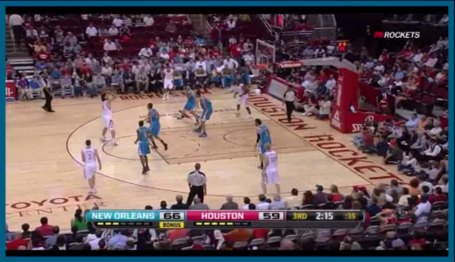 Dragic finds Scola wide open and the big man puts up a jumper from 18 feet out before the defense can recover.

The pick-and-pop was a staple of the Houston offense. Both Kyle Lowry and Dragic are aggressive when coming off screens and are looking to take it to the hole. That, coupled with Houston's lack of quality roll men, meant defenses looked to trap the ball-handler a lot. The result was plenty of pick-and-pops, and Suns fans should expect to see some of that in Phoenix as well.

However, Scola didn't pop every single time. Here's an example of a play where he does roll to the basket. 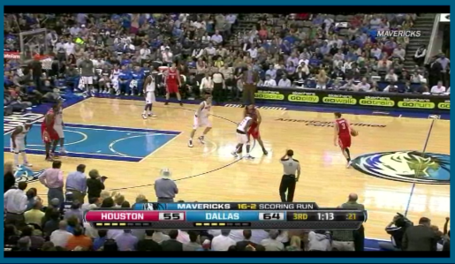 Again, Scola sets the screen on Dragic's man at the top of the key. However, Dragic is going to handle the screen a bit differently than Steve Nash did with the Suns last year, and that in turn changes how the roll man reacts. 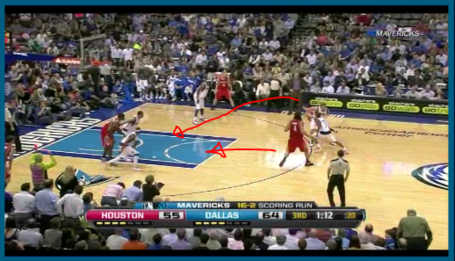 Whereas Nash slow plays it and takes what the defense gives him, Dragic looks to put the pressure on the defense by attacking off the screen. In this play, Dragic attacks the hedge, gets around it and drives toward the basket. Instead of rolling hard right away as Gortat did with Nash, Scola follows behind Dragic with his roll. 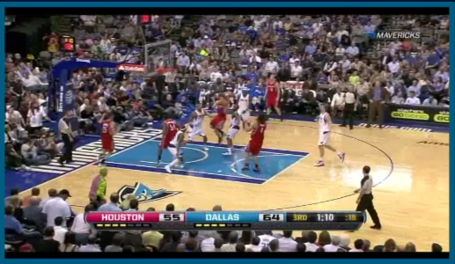 Dragic continues to attack and gets a foot in the paint, but the defense collapses on him. Instead of forcing up a tough shot, Dragic dumps the ball down to the rolling Scola, whose defender (Dirk Nowitzki) was left behind after trying to hedge on Dragic. 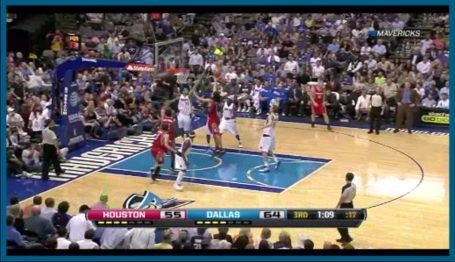 Scola receives the ball and finishes with a flip shot/ floater over the defense.

This is a bit different than the Nash pick-and-roll where the roll man is the first option and Nash is looking to set up that pocket pass to the hard-rolling big man.

Scola was a consistently above-average rebounder in each of his first four seasons, but took a sharp decline last year. Whether that was due to age or just a bad year, we don't know yet. But even though he played well in the Olympics, he still averaged less than five rebounds per game. I'm thinking it may not have been a fluke.

However, his offensive rebounding didn't take much of a hit, and that's an area he should still be able to help the Suns. 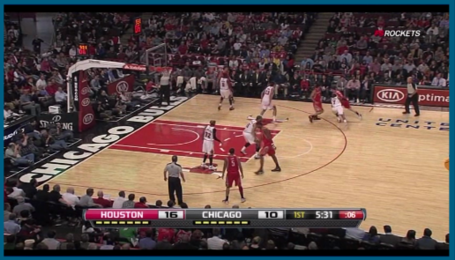 This play begins with a side pick-and-roll with Dragic and Scola out on the right wing. 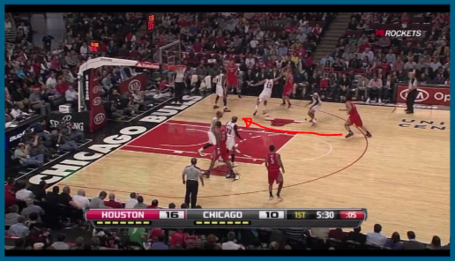 Scola rolls off the screen to the top of the key for the pick-and-pop like he usually does, but Scola's man is laying off of him to stop the Dragic penetration. Dragic sees this and pulls up for the jump shot. With nobody on him, Scola decides to crash the offensive glass. 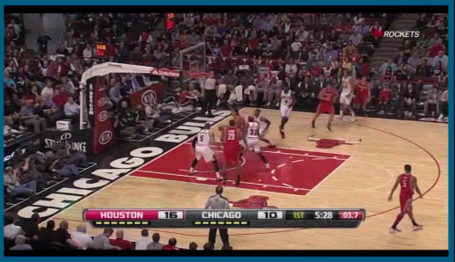 Nobody boxes him out and he runs untouched to the front of the rim.Scola snags the board and puts it right back up for two points.

Scola doesn't leave the floor, nor is he blessed with long arms. However, he's savvy and knows how to position himself for rebounds, and is good at tipping the ball to himself. When he does secure the board, he's pretty good at putting it back up, scoring 1.13 points per possession and shooting 60.3 percent.

Scola has a reputation as one of the better post players in the game, and that reputation is well earned. The Suns have not had anyone as technically skilled as him in the post in a long time. While we haven't seen him in the post all that much in the preseason so far, that will likely change when the games start to count. Here's an example of what we can expect from him. 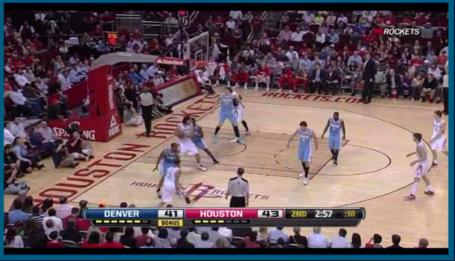 In this play Scola is posting up his man on the left block. After Courtney Lee makes the post entry pass he is going to clear out of the corner so that his man can't double down on Scola easily. 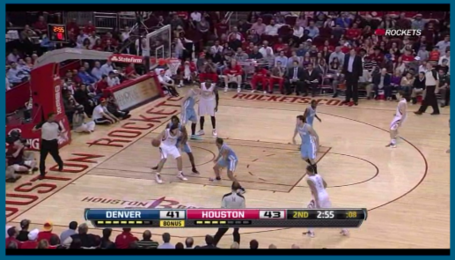 Scola goes to work on Faried, backing him down a step with one dribble before making his move. Arron Afflalo leaves Lee but doesn't commit to the hard double, basically putting himself in no-man's-land. 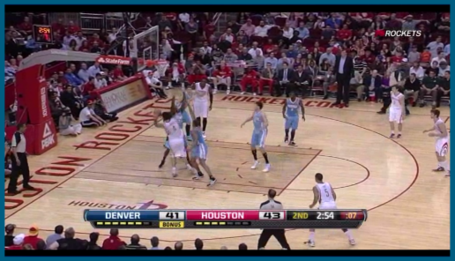 After the dribble, Scola turns over his left shoulder and gets Faried up in the air. 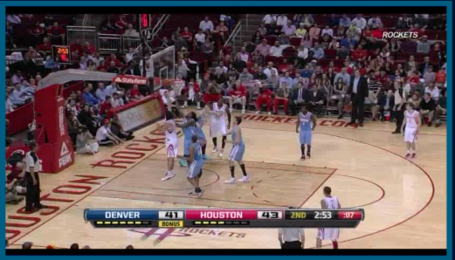 Faried leaves his feet, but Scola doesn't, and steps through for the finish. The result is a beautiful up-and-under move and two points for Houston.

This is just an example of one post move that Scola has in his arsenal. He is as crafty as they come, with great footwork and body control. He often uses a series of moves to get off his shot, and has a wide array of shots at his disposal including hooks, flips and scoops.

This is an area where we've already seen Scola used a great deal in Phoenix, particularly when he is in the game with one of the back-up point guards. Scola is a good shooter from the high post and also an excellent passer.

He's a perfect fit for the new corner offense Alvin Gentry is implementing this year.

We can also expect to see some high-low play between Scola and Marcin Gortat out of the corner sets.

Putting it All Together

Luis Scola is a very versatile offensive player with a lot of skills. He is going to allow the Suns to do a lot of things on offense that they haven't been able to do in recent years. Scola can run both the pick-and-roll and the pick-and-pop, can operate out of the high and low post, and can score off of offensive rebounds. He's also an effective finisher in transition.

Scola doesn't have 3-point range like Channing Frye did, but he can shoot out to about 20 feet an should still be able to provide some of the floor spacing Frye did for the Gortat pick-and-roll.

Scola has some skills. The question now is, how much have those skills declined? He had the worst season of his career last year at age 31 and has only gotten a year older. How much of the decline is age, and how much was just a bad season? We will find out soon, and the answer could mean the difference between a dangerous, versatile offense and an ineffective one.