Shannon Brown went into hero mode in the fourth quarter of the Suns win over the Charlotte Bobcats. Here's a look at all six of his made threes in the period.

You see a couple of Shannon Brown's threes in the ESPN highlight video above. Here's a quick recap of them all (which I was able to quickly review via mySynergySports.com). 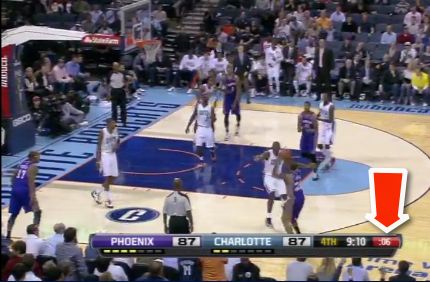 2. The next one isn't as good. Brown gets the ball with about 15 seconds and seems to be looking for Beasley in the post but Beasley is pushed way out an a help defender is fainting over to discourage the pass. Brown pounds the ball while Telfair clears from strong to weak side but his man cheats way off. Brown ignores him, uses a quick ball screen from Morris, gets the switch and fires. He easily could have swung to the open Telfair who could have hit the diving Morris who had a small on him in the paint. 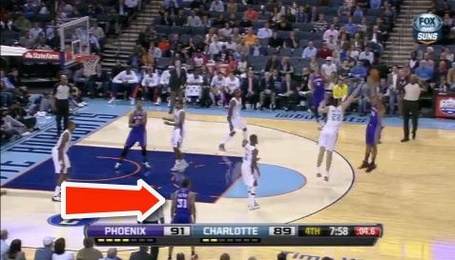 3. This one is pretty decent. Brown simply cuts from strong to weak side while Telfair pounds the ball by the arc. Brown's man losses him and Shannon is wide open when he catches the pass and fires with 12 sec on the shot clock. 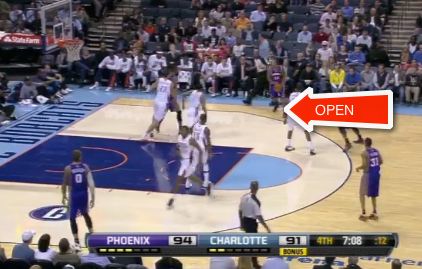 4. This one is horrible. It's a lot like the first where he gets the ball with about 13 seconds on the clock. The play may have been for him to curl of a screen but the Bobcats covered that so he just pounded the ball, ignored Dudley and Telfair, iso'd his man and jacked up a shot from well behind the line. 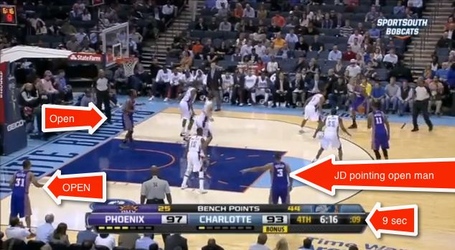 5. This was not pretty either. The ball worked to Beasley in the mid-post who skip passed to Brown on the weak side with about seven seconds on the clock. His man was up on him but instead of driving, Shannon rises up for a contested shot...which he drained. 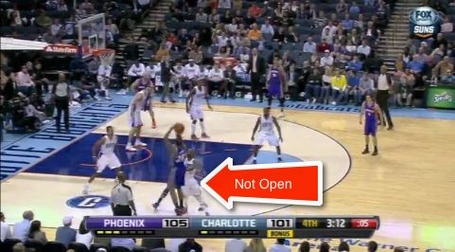 6. This one was great. The ball went to Beasley in the high post. Shannon's man left him wide open. The ball swung to Brown for an open three. Why do the Bobcats leave Brown -- who had made five threes in the quarter already -- wide open to double Beasley in the post? No clue. 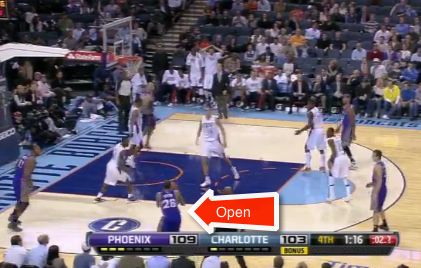 So, all in all, three of Brown's shot were good shots. Three were not good shots. One other thing that stands out watching these plays is how late the Suns are getting in to their offensive sets. They are starting action with 15 or sometimes 12 seconds on the clock and often Shannon is getting the ball with other things are breaking down. His decision-making and ball movement could be better, but Brown is clearly not the only problem here.