Poor Amare Stoudemire. Such a great guy and in his prime, a superb and incredible talent. Now, according to reports out of New York, he's become a giant liability that the Knicks haven't been able to give away.

There's an old saying in the NBA that no player is "untradable". But according to this report from respected NY Times journo, Howard Beck, the Knicks have tried and failed to give Amare Stoudemire to any taker.

Stoudemire Now a Problem for Knicks - NYTimes.com
This past summer, the Knicks offered Stoudemire to nearly every team in the league — "available for free," as one rival executive put it. But they found no takers because of his diminished production, his health and his contract, which has three years and $65 million remaining (counting this season) and which is uninsured against a career-ending knee injury.

Around these parts, most of us who were paying attention to the arc of his career, thought Robert Sarver did the right thing by not giving Amare the max contract he was looking for in 2010. Amare, of course, can't be blamed to taking $100m guaranteed over the partially guaranteed deal Sarver was offering.

It's the Knicks who were so desperate for star talent after years of Isaiah Thomas suckitude (and after LeBron took his talents away from the Big Apple) who were willing to roll the dice. You can even perhaps argue that they made the right move for their franchise and that by having Amare they were able to lure Melo.

All we know now is that Amare at age 30 is a giant question mark on the court with an even bigger bloated contract attached to his name on the Knicks balance sheet.

I hope he's able to continue to play at some productive level. I like Amare and respect his work ethic and the shadows of his talent. I suspect he'll play out the next few years of his career much like Antonio McDyess as a contributing player but no longer a star; but we've counted Amare out before and he's come back to shock us.

For the Suns, Robert Sarver deserves credit for not making the easy, panic move that many local sports talk wanted. What he did after letting Amare walk, was another story, but at least those moves were easier to fix than having Stoudmire's contract on the books for three more years.

And Phoenix fans will always have our memories of those great times when Amare was destroying fools at the rim. 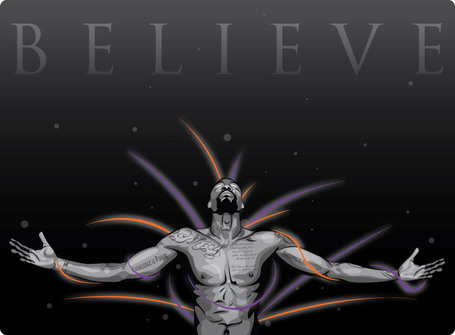