Share All sharing options for: Phoenix Suns At Denver Nuggets Morning After Recap: Odds And Ends

Last night was a heartbreaking loss for the Phoenix Suns who went from looking at a tie for the 8th and final seed of the NBA playoffs to falling back to the 10th spot in the Western Conference after the loss to the Denver Nuggets.

If you saw the game last night, or read the previous recap of the game, then you already understand what the biggest cause of the loss was--turnovers. The Suns committed 16 turnovers that led to 26 points for the Nuggets...Compare that to the season low 5 turnovers committed by the Nuggets which led to just 4 points for the Phoenix Suns, and it becomes crystal clear just how big of a disadvantage that really was.

In addition to the turnovers, the Suns offense looked disjointed and out-of-sync, especially when the Suns' starters returned halfway through the 4th quarter. Up until that point, the Suns' bench had gone on a 13-1 run to give the Suns a 92-87 lead. But once the starting unit returned it was turnovers, bad shots, missed shots, and slow transition defense quickly turned the tables.

If the Suns would have been able to overcome such a significant pitfall it would have spoke to their tremendous effort and resolve to overcome such a sloppy offensive game...and don't get me wrong, the effort was definitely there, but Denver fought just as hard and ultimately capitalized on the Suns mistakes going on a 18-4 run to close out the 4th quarter and win the game.

Here's what Alvin Gentry had to say about the loss:

"We've got to get the ball in the basket and come back and take away some of the easy stuff."

"We know that we blew a great opportunity"

"We have zero margin of error."

"We had a bad close to the game and didn't make plays down the stretch."

It didn't help much frankly.

We played to well to end the game like that.. Couldn't score the last 3 minutes and let Andre Miller take over. Gotta put this behind us 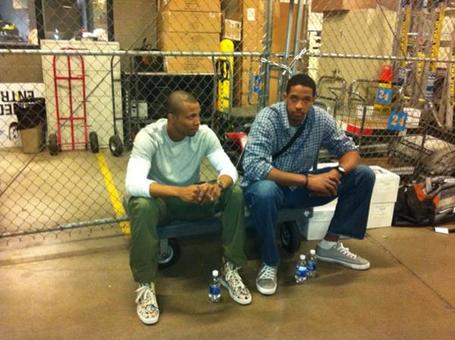 The Suns can't afford to dwell on this loss...they have another big game tonight at home against the Los Angeles Lakers. One thing in the Suns' favor is that the Lakers seem to be on a downward spiral with the chemistry between the coach and the players reaching an all-time low. The Suns need to put this game behind them and climb right back into the fray with a win tonight!