The Suns hope to bring the same energy from their first three contests into New Orleans tonight for a melee against the newly dubbed Pelicans. I'm sure that tag will grow on me eventually. I can already envision kids saying, "When I grow up I want to be a Pelican!" 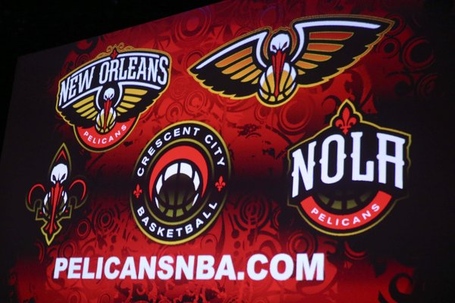 And let us wax poetically about the greatness that was Hugo the Hornet.

The last meeting between the Suns and the artists formerly known as the Hornets was April 7, 2013, with New Orleans fighting off a late Suns rally to win 95-92. After finding themselves down 81-65 thanks to a layup by the inimitable Lou Amundson (Bet you didn't think I'd find a random way to fit him in this preview.) the Suns used a 15-4 rally to cut the lead to five with just over four minutes to play, but the Hornets were able to hit their free throws down the stretch to seal the deal.

Anthony Davis led all scorers with 20 points while Ryan Anderson posted a double double with 17 points and 10 rebounds. Not to be outdone, Luis Scola went for 17/10 himself in a losing effort. Markieff Morris had a rare (like unicorn rare) solid performance in posting 18 points to lead the Suns. Michael Beasley scored three points on 1-11 shooting.

Due to the reshaping of each team's roster that contest should have negligible impact on tonight's game.

The Pelicans recorded their first victory of the season as they darted out to a 33-15 advantage in the first quarter on their way to a 105-84 blowout of the fearsome Charlotte Bobcats. The closest the game got in the second half was 13 points, as efficient shooting and a franchise record 18 blocks quelled and possibility of a comeback. This victory followed an 0-2 start that saw New Orleans get thrashed by the Orlando Magic (110-90) and surrender a late lead in a loss to the Indiana Pacers (95-90).

At the ripe age of 20 wunderkind Anthony Davis appears to be on the verge of ascending to the select pantheon perched atop the NBA masses. In his last game he narrowly missed compiling the 16th five-by-five performance (at least five points, rebounds, assists, blocks and steals) since 1986-87 with a box score stuffer line of 25/8/4/6/6. Davis is averaging 23.7 points, 12.3 rebounds, 2.7 steals and 4.0 blocks per game in the early going this season.

Newly acquired point guard Jrue Holiday acts as an appurtenance to his apparent all-NBA teammate and is helping the cause with 18.3 points and 6.0 assists. Eric "expect the max" Gordon is contributing 14.7 points a game. Who here is starting to think the Suns may have ended up with the right former Clipper guard? Jason Smith (yes, the Jason Smith) has recorded three starts in the absence of stretch sharpshooter Ryan Anderson.

After two wins and 48 minutes of hard fought basketball against OKC to start the season Phoenix has turned down the volume on the pundits' (and opinionated people like me who are not experts) forecasts of futility.

Miles Plumlee (10.3 points and 11.0 rebounds per game) and P.J. Tucker have been unexpected and expected, respectively, contributors to a team that has just flat out looked like it has been working harder than its opponents so far. This energy has culminated in impressive defensive performances and numbers (more on this later). The Suns are much more athletic than last year's team and have been getting their hands in passing lanes and touching lots of loose balls.

Unfortunately, loose balls were an issue in the Suns loss to OKC, as they racked up 27 team turnovers. Particularly frustrating was the uncanny knack of Tucker and Gerald Green to step out of bounds when catching passes by the sideline outside the three point arc. The last such instance, by Green, was the final nail in the Suns' coffin. Bledsoe posted 26 points and a career high 14 assists in the defeat, but also coughed up eight turnovers of his own. The Suns will have to address ball security from the bench as Dragic is reported to be out until a hopeful return when the Suns are back at home this Friday against the Denver Nuggets.

Eric Bledsoe has radiated from the Sun like a corona in his first three games. Opponents looking at him have been left seeing spots (yes, I'm talking to you Gordon Hayward). He has easily been the team's best player so far this season while posting averages of 22.0 points, 8.7 assists, 6.3 rebounds and 2.0 steals per game.

Running and Gunning(?): The Suns are leading the league in fast break points with 26.3 per game. The Minnesota Timberwolves and Memphis Grizzlies are tied for second with 19.3. In contradistinction, however, Phoenix is only 19th in pace. This has lead to a paltry 95.7 points per game for the Suns thus far, just a smidgen under their coach's bold prediction. Are the Suns' opponents attempting to muck up the process and turn the game into a quagmire or do the Suns just run inordinately slow half court offensive sets protracted by exhibitions of over-dribbling? It appears to be a feast or famine situation. I'll try to keep an eye on whether the Suns are actually taking any shots between 8-18 on the shot clock...

(Too) Free for Three: The Suns, by virtue of the barrage in OKC, are now fifth in the NBA in three point attempts per game (26), but only 22nd in % (.308). In all fairness, the Suns did shoot 14-37 (.378) in the last contest to ascend from the putrescence of the first two (10-41 for .244). Will the Suns tether in this total? 37 three point shots is a lot of three points shots... How many is a lot (besides the obvious answer of 37 which I already stated was a lot)? Well, the Suns have only attempted more than 37 three point shots eleven times since the 1985-86 season. They've only heaved up 40 or more four times in franchise history. Does this team really like the group of smoking hot sharpshooters you want rewriting that part of the history book?

Parsimony: The Suns have been playing some stingy D. The Suns are fourth in points allowed per game (92.7), third in FG% allowed (.399) and first in 3P% allowed (.246 - OKC was 2-18). The Pelicans come in shooting just .409 from the field (25th), but are an impressive 50% from three point range, albeit in limited attempts (12 per game). Can the Suns continue to bring tenacious defense and stifle an opponent in the bottom half of the league in scoring?

Anthony Davis vs. Eric Bledsoe: Both of these guys are on a blistering pace to start the season. Which can put more of his fingerprints on this game, though? It would definitely seem if one succeeds while the other flounders that could be decisive in the game's outcome.

The Suns are going to need to bring their A game and bust their tail off to win this one. They are playing against a better team on the road without their starting point guard (or is he the two guard... maybe a 1.5?). The Suns will have to count on a Christmas Ish combo to counter Jrue Holiday and not let this get out of hand. With the Spurs coming up next a loss here would bring the Suns perilously close to a donut on the roadie.

Consider these two tidbits. One that has made recent circles:

And one that I will provide:

The 2012-13 Charlotte Bobcats started the season 7-5. They followed that with an 18 game losing streak en route to a 21-61 season. That equates to a 14-56 finish after the smoldering (in Bobcat terms) start.

So who are the Suns? Are they the feckless 16 win team as I (less than prophetically at this point) predicted, taking the under on lines of 19 - 19.5 in Las Vegas. Or are they double that total, or even better? Maybe somewhere in between... This test against a Pelicans team that will likely be in contention for a playoff seed will be the first in a series that should help bring clarity to this question.