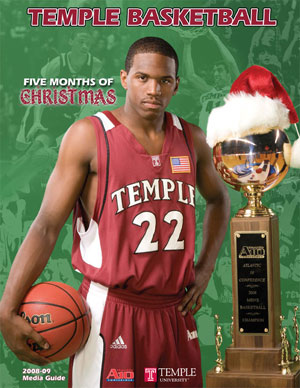 ‘Twas the night before Christmas, and through US Air

No footsteps were stirring, the silence was rare.

The stockings were hung from the rim with great care,

In hopes of stuffed basketballs, plucked from the air.

The players were nestled in very long beds,

While visions of of sweet Plumdunks danced in their heads.

Lay snuggled with Babby for a Christmas-break nap.

When in the arena there arose such a clatter,

They sprang from their bed to see what was the matter.

Away to the floor they flew like a flash,

To witness the midnight dance of Brothers Slash.

The Sun on the hardwood was brightly aglow,

Blinding all who observed the spectacle below.

When what to their wondering eyes did appear,

But a game snaking back and forth, front-court to rear.

With two point guards dual beasting, so lively and quick,

They thought it was KJ and Jeff Hornacek.

More rapid than eagles, his coursers they came,

And Jeff whistled, and shouted, and called them by name!

To the front of the rim! To the top of the key!

As dry leaves that before the hurricane fly,

When they met with an obstacle, they mounted the sky.

So up to the front-court his warriors flew,

Exceeding predictions for this motley crew.

And then, in a twinkling, they heard on the roof,

The prancing and pawing of new size 12 hooves.

As they drew in their heads, and were turning around,

Down the chimney St. Dionte came with a bound.

He was dressed all in Suns gear, from his head to his feet,

And his fingers were flashing with incendiary heat.

A bundle of basketballs hung from his back,

And he looked like St. Nicholas, opening his pack.

His eyes, how they twinkled! His set shot, so scary!

His droll little mouth was stretched wide in a smile,

The stubs from past playoff games clenched in his teeth,

The smoke from them circling his head like a wreath.

He had a broad face, and a chiseled flat belly,

Than bore no resemblance to a bowl full of jelly!

He was lean, he was lithe, a right healthy young elf,

And they laughed when they saw him, in spite of themselves!

A wink of his eye, and a fake of his head,

Soon gave them to know a great feeling of dread.

He spoke not a word, but went straight to his work,

And filled up the nets, then he turned with a jerk.

And, laying a finger aside of his nose,

And giving a nod, to the basket he rose!

He sprang to the floor, to his team gave a whistle,

And up-court they flew, like the down of a thistle.

But I heard him exclaim, as they drove out of sight,