In defense of the Suns signing Michael Beasley

On Sunday, Kris Habbas explored the current status of Michael Beasley with both the Suns and as a professional basketball player. Here's a defense of Lon Babby's decision to sign the talented enigma who once was considered a "sure thing" in the NBA draft.

Share All sharing options for: In defense of the Suns signing Michael Beasley

The Michael Beasley experiment has not gone well but I refuse to blame the Suns for taking the risk. It was always going to be a gamble but with the position the Suns were in, why not roll the dice? The upside was great, the risk low.

For any rebuilding team, the number one question is: how to acquire superstar talent.

It's up to Beasley now 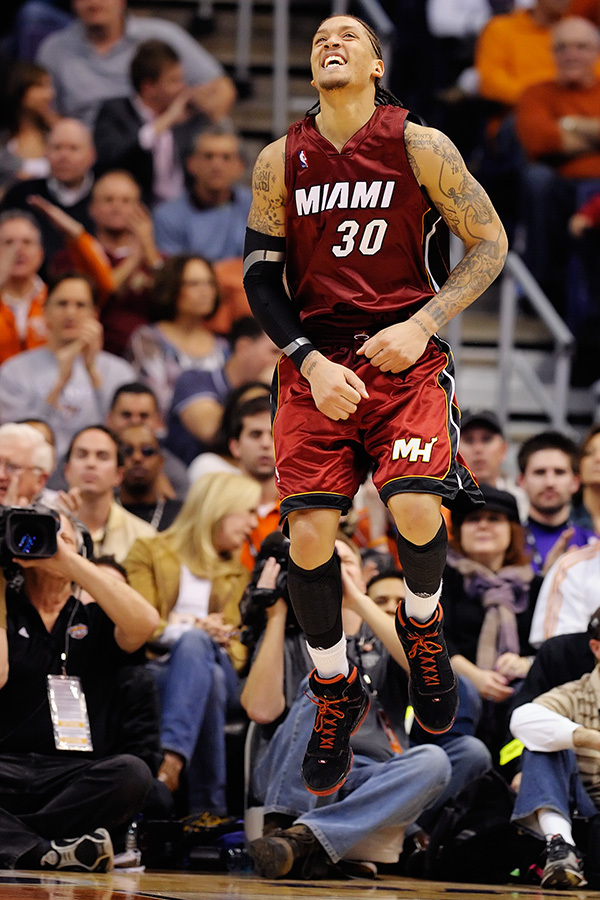 The Suns have given Beasley every chance he could ask for. It's on him to deliver.

The answers generally come down to the draft, trades, or free agency. Michael Beasley represents a fourth way. You sign a guy whose value is diminished, but clearly maybe has tremendous upside potential.

The most obvious example of this working is the Memphis Grizzlies who traded for Zach Randolph in July 2009. The fact that the Grizz traded Quentin Richardson for Z-Bo instead of signing him as a free agent, as the Suns did with Beasley, is irrelevant. They moved an expiring $8.7m contract for the two years/ $33m-owed Randolph.

At the time of the deal, Clips Nation was thrilled, calling it: "[...]about as good as the Clippers could have hoped for."

Noted Grizzlies admirer and NBA hyperbole meister, Matt Moore, said this about the deal from a Memphis perspective:

It Would Take A Room Of MIT Mathematicians With Calculators Working 18 Hours A Day 7,000 Years To Determine Just Exactly How Stupid The Memphis Grizzlies Are | Hardwood Paroxysm
Two years, $33 million. That’s what they’re paying. Think about this. They could have gotten four years of Charlie V. for that.

I won't bore you with Randolph's sordid history prior to arriving in Memphis and (FINALLY) finding a home for his prodigious and heretofore under-realized potential. Suffice it to say, things worked out well for the Grizzlies (and the Clippers for that matter).

Memphis understood that they needed more talent and they took a giant risk -- to the tune of a net $25m over two years -- to see if they could be the ones to strap a team to Z-Bo's big backside and ride him to the playoffs.

The Suns did exactly the same thing with Beasley...only it hasn't worked. Failure isn't always about missing the shot. If it's the right shot at the right time, you don't blame the player if the ball doesn't go through the net.

First, to be clear on the details, we talk about Michael's three-year/$18m deal, but it's actually a two-year/ $15m deal since that third year isn't fully guaranteed. The Suns are now on the hook for one more year at $9m.

That's a lot of money both in the real world AND even in the fantasy world of NBA finance. But the real point is the opportunity cost. Does or will Michael Beasley's contract prevent the Suns from having enough money to jump on other opportunities in the marketplace of free agency?

The answer is, no.

Phoenix Suns' payroll this year is at or near the bottom of the league. Going into this offseason, they will have plenty of money available to take advantage of what's basically a lame free agent class. And if by some miracle they identify a true max-worthy player and don't have the cap space to sign him outright, they could easily do a sign-and-trade to move a few minor contracts to make room.

In fact, when was the last time a max player was signed completely using cap space?

So, someone needs to explain to me how the Suns have hurt their flexibility by having Beasley's contract on the books. I don't see it.

Worst case, Beasley costs Robert Sarver some extra money, which is not something I lose sleep over.

I also find it ironic that the Suns still get slammed for being "cheap" for draft picks sold over half a decade ago (2007 was the last pick sold and it was for a guy now getting beat up by fans in Europe). The team easily could have signed some low risk player on a one-year deal instead of taking the Beasley Gamble. That would have been the frugal thing to do.

The one critique I'm more sympathetic to about the Beasley signing was the process.

Some folks point out that the Suns went after Michael immediately when free agency opened and made him a big offer before other teams proved their interest. They essentially "bid against the themselves".

This might be true. We don't really know what other teams were willing to pay Beasley at the time. Just because no rumors surfaced about a competitive offer from someone else doesn't mean it wasn't made.

More importantly, who cares? All that argument is saying is that the Suns could have gotten Michael for less money. They could have played hardball and squeezed every last dime out of the negotiation. Instead, they seemingly did everything in their power to make Beasley feel wanted and valued in the hopes that would improve the chances for his success in a Suns uniform.

At this point, I agreed with most people that Beasley is a bust. But worst case, he costs Robert Sarver some extra money, which is not something I lose sleep over.