Keeping up with the Kendall Marshall theme (he is the team's lottery-pick rookie), we break down some more numbers, look at film of him passing out of the pick and roll and clips demonstrating the work he needs to do in the paint. We also hear from Marshall talking about his jump shot while looking at his jump shot.

Share All sharing options for: Video examination of Kendall Marshall's pick and roll passing and more

Dave King asked me via email if I hate Kendall Marshall. No, I don't hate Kendall Marshall but I still think he has a LOT of work to do on his game. Yes, all rookies need to improve in a lot of areas. The difference for me is how far behind he is on so many fundamental NBA skills.

He has one great and valuable skill, but as he said on the podcast with Kris and Jim, he understands the need to improve other areas. He said exactly the same thing at media day back in October.

To my eye, he's not improved much this season since I first watched him in Vegas in July. I don't see any change in his shooting stroke (you can see for yourself below) and he's still not scoring the ball. Sure, he doesn't look completely lost like he did in his first couple of games and he's confident enough, but that's a pretty low bar. 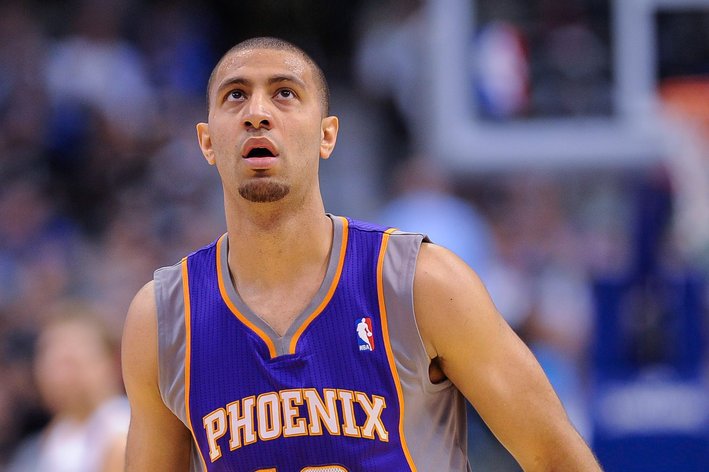 Most importantly, can and will he improve? As I've said, I think his hill is too big to climb. We'll see.

We previously looked at Kendall's three-point shooting. Those numbers speak for themselves and in the last video on the page here you can hear Kendall talking about his shooting while looking at clips from both North Carolina and with the Suns. Judge for yourself.

But there's more to his game than shooting so I dug into his pick and roll play. As you might imagine, he shows some nice flashes as a passer out of that most basic NBA set.

Here's the numbers via Synergy.

72 percent of the time he passed out of pick and roll. That's 123 possessions (as of Friday) with a fairly decent overall result rate of .984 point per possession (PPP). If you are getting one point per possession you are doing well so this is a pretty good sign, especially since he's mostly passing to a shooter (Scola) or another young player (Morris) and has played very little with a finisher (Gortat).

In the first video, we look at several types of pick and roll passes.

One thing that caught my eye about his passing is the exclusive use (from what I saw) of his left hand. There's a play in the video where a right-handed bounce pass to the roll man on his left would have been better. Kendall was still able to make a nice pass with his left hand despite the angle. Among the things that concern me, this is pretty low on the list. It's the kind of thing he'd need to work on to be an elite pick and roll guard. We're very far from that due to the shooting/scoring issues.

On 28 percent of Marshall's pick and rolls he's taken a shot. Of these 47 possessions, he's averaging just .426 PPP. That's bad.

One set of data that surprised me was the gap between his effectiveness when the defender went under the screen versus going over. You would think with a poor jump shooter defenders would give him that shot -- and many do -- but on 16 of those type possessions Synergy recorded, he averaged .875 PPP. Not all that bad.

However, on 16 possessions where the defender went over the screen his average plunged to just .250 PPP. If you chase a Rajon Rondo or Goran Dragic over screens, they are going to get in the paint and kill you by finishing or passing.

Marshall, however, is such a poor finisher that defenses don't have to rotate an extra man. That inability to draw help might be an even bigger flaw than his shooting.

This all prompted me to look at his finishes in the restricted area. On the season, out of 555 total minutes, he has just 18 attempts inside the circle.

I looked at all of them and nine were in transition, mostly from leak outs on defensive rebounds or turnovers. Of the other nine that came out of half court offense, Marshall converted just four. Of those four, two came off cuts where he moved without the ball, had his man screened, and finished an open layout. That left only two examples all season where Marshall beat his man and finished.

The second video looks at that and we'll show you all nine clips and a bonus clip of Marshall's first attempt at working in the post (which he talked about on the podcast as well).

VIDEO: Passing out of pick and roll

Video: Finishing at the rim

Am I picking on Marshall? Honestly, I don't really care. He's a big boy making grown-ass dollars. He's saying all the right things about wanting to get better and he knows what he has to do. It's on him.

Music in the videos was produced for SB Nation by Cleveland artist, Sicksteen. Check out his work at Yesterday's Nothing.