Eric Gordon on the market? Suns should pounce

Things have been tense in New Orleans since Eric Gordon signed an offer sheet with the Phoenix Suns and publicly expressed his desire for the Hornets to not match. Of course, they did match but now reports are that Gordon could be dealt anyway thanks to tension with the team.

Share All sharing options for: Eric Gordon on the market? Suns should pounce

I've seen the Phoenix Suns list of "crimes" include signing Eric Gordon to an offer sheet knowing the Hornets would match. That never made sense. The Suns forced a rival to pay market value for their own player and got a PR boost from a relatively top-tier free agent expressing his desire to play in front of Robert Sarver, Lon Babby and The Gorilla. 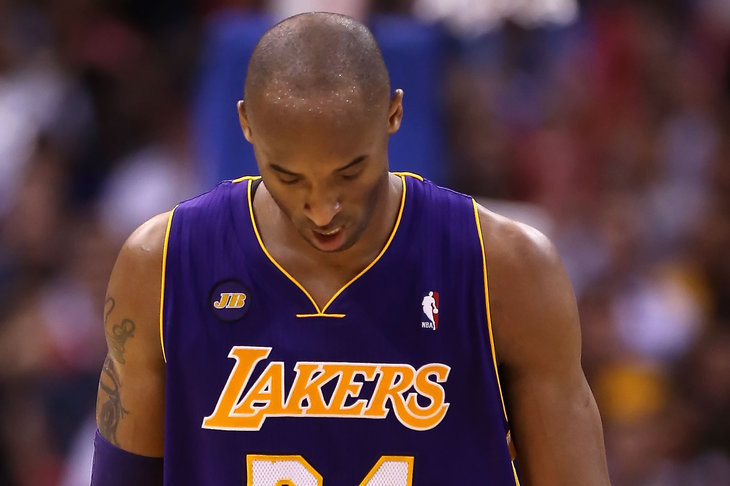 The Lakers are on the verge of missing the playoffs and having their lottery pick go to the Suns.

Gordon's definitely had a crazy season since all that went down this summer. Early on, there was the mysterious knee situation with the team seemingly throwing the player under the bus for not coming back despite being medically cleared (hello, Chicago Bulls, we see you too!).

More recently, there was a public blow up between Gordon and coach Monty Williams.

Eric's undoubtably a great talent. Perhaps not coincidentally, he put that on display on Sunday against the Suns putting up a solid 17 points, six assist game and showed his ability to get to the rim. Put him in the backcourt with Goran Dragic and you've got something really nice to build on.

Well, it might be possible according to this teasingly enticing report from The Big Easy:

New Orleans Hornets guard Eric Gordon likely to return to starting lineup Sunday against Phoenix Suns | NOLA.com
The Hornets were unable to pull off a trade involving Gordon before the February trade deadline, but the franchise is still likely to remain open to trading him after this season ends, according to sources Saturday.

The question is: what would it take to get him from the Hornets?

The Suns don't have much to offer in the way of backcourt talent but they could (and should) certainly offer the Lakers late-lottery pick (GO JAZZ!). Beyond that, what would the Hornets want? Scola? A Morris or two? Tucker? Dudley?

They seem set in the front court so maybe it is Dudley that they would want and I would definitely do Dudley and the Lakers pick for Gordon although I'm not sure that's enough.

It's always hard impossible to know what gets deals done, but the Phoenix Suns should absolutely be on the phone with the Hornets to try and make this happen...and I'm sure they will be even if we don't hear about it.

Since these issues were raised....

1) Obviously, I don't advocate trading for Gordon without a full medical evaluation. He's missed a lot of time, but hasn't had major surgery (like Amare, Derrick Rose, Shumpert, Rubio, etc.)

2) Per Larry Coon's respect NBA CBA FAQ, the Suns are able to trade for Gordon one year after they signed him to the offer sheet

NBA Salary Cap FAQ
If a team matches an offer sheet and retains its free agent, then for one year they cannot trade him without his consent, and during that year cannot trade him at all to the team that signed him to the offer sheet. They also can't trade the player in a sign-and-trade transaction (see question number 89). A restricted free agent's resulting contract (whether with the new team or the contract is matched by the player's prior team) cannot be amended in any manner for one year.

That means the Suns can trade for Gordon in early July. I don't see anything that prevents the Suns and Hornets from negotiating ahead of that date and having a deal in place in time for the draft in late June, however, that would require some mutual trust since it would remain unofficial until the one-year deadline passed.